When you were six years old and people asked you what you wanted to be when you grew up, you probably said something along the lines of “one of Santa’s elves” or “a Toys ‘R Us worker.” Toys were everything at that age!

Well one little boy is living out all our childhood (and adulthood, for that matter) dreams—plus has the finances to show for it. His name is Ryan and he not only has the dream job, but the dream salary to go along with it.

As a mere kindergartener, Ryan plays with hundreds of toys and then tells his YouTube channel, called Ryan ToysReview, what he thinks of them. Simple and fun, right? According to Business Insider, Ryan is bringing in about $11 million a year for the job. Cue jaw drop.

The family-run YouTube channel began in March 2015 when Ryan was just three years old. Just about four months into creating videos of the little tyke reviewing everything from action figures to toy cars, one of his videos went viral where Ryan’s mother surprised him with a “giant egg” filled with over 100 toys from Pixar’s “Cars” series. It currently has more than 900 million views.

After that, the views and subscribers continued to roll in—and the funds began to skyrocket like crazy. The channel now has more than 16 million subscribers, with thousands or even millions of views on the majority of their videos. It’s become such a success that Ryan’s mother left her job as a high school chemistry teacher to work for the channel full-time! 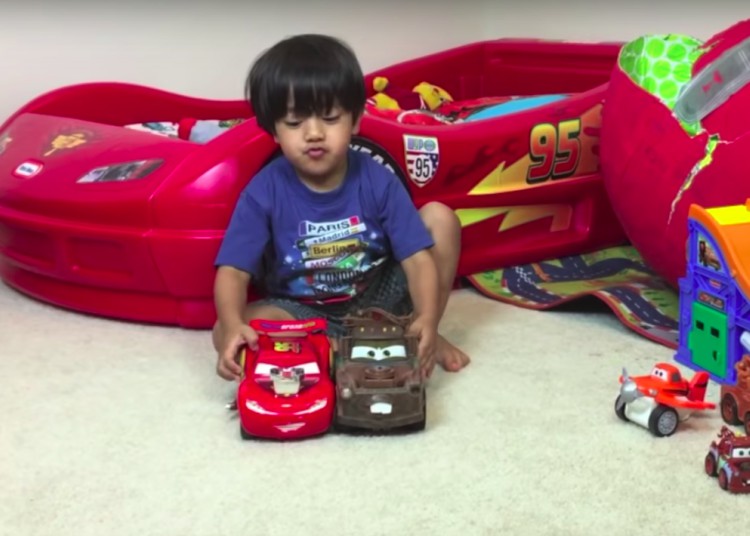 “He is definitely the youngest YouTube star we’ve ever seen,” said Josh Cohen, an industry analyst and founder of TubeFilter. “It’s the biggest of this genre of programming that is getting billions of views a week on YouTube. Really nobody is talking about it, but it’s crazy once you start scratching the surface.”

But it’s not like anyone can just start something like this from scratch—or can they? Ryan’s parents say the start of Ryan ToysReview was pretty organic. “Ryan was watching a lot of toy review channels,” his mother said. “One day, he asked me, ‘How come I’m not on YouTube when all the other kids are?’ So we just decided—yeah, we can do that. Then, we took him to the store to get his very first toy—I think it was a Lego train set—and it all started from there.”

To keep the momentum going after all these years, you’ve got to know at thing or two about your audience—and his parents certainly know what they’re doing, especially at this stage in the game. “His parents are really smart about it,” says Cohen. “They are playing with toys that Ryan likes, but they are also presenting him with toys that are popular across YouTube.”

Don’t worry, they’re not forcing Ryan to do anything he doesn’t want to do. Ryan absolutely loves making these videos (he gets to play with toys all day, so we can’t blame him!), and his mother says once he isn’t having fun anymore, they’ll stop.

“Right now, he loves making videos. Every time I tell him we’re going to film, he gets so excited,” Ryan’s mother said. “As long as he’s loving it and it doesn’t disrupt his daily routine, we plan on continuing. But the moment he’s not having fun any more, that’s when it will be time to stop.”

Have you ever watched any of Ryan’s videos? What do you think of how much money this six-year-old is racking in a year?