Unvaccinated 6-Year-Old Gets Tetanus and His Treatment Cost Upwards of $800,000

It seems that when we hear about children who aren’t vaccinated getting sick, we’re often talking about measles. We’ve definitely heard about several measles epidemics, but MMR, the measles, mumps and rubella vaccine, is not the only childhood vaccine that anti-vaxxers are refusing to give their children.

Another vaccine that most children get at age 2 months, 4 months, 6 months, between 15-18 months, and again between ages 4 and 6, is the DTaP vaccine. This vaccine protects children from diphtheria, tetanus, and whooping cough. In fact, it’s recommended that adults get boosters for this vaccine every 10 years.

The children of anti-vaxxers are at risk of contracting any of the diseases that they aren’t vaccinated for. It’s easy to think that’s not a big deal or assume that if they get a disease it’ll be easy to treat and they’ll recover quickly. That is not necessarily the case. 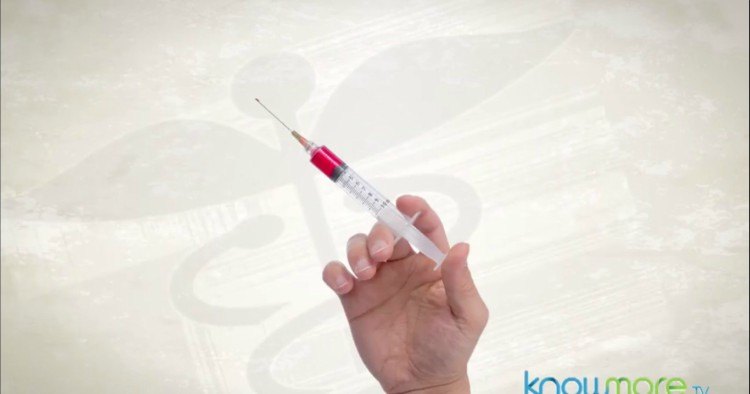 In 2017, a 6-year-old boy with anti-vaxxer parents was playing outside on his family’s farm when he fell and cut his forehead. His parents cleaned the wound and stitched it up themselves.

Six days later, the boy was crying, arching his back and neck and having muscle spasms. When he started having trouble breathing, his parents finally called for emergency medical services.

The boy was airlifted to a pediatric medical center. He was conscious and requested water, but he was unable to speak and was having jaw spasms. After being diagnosed with tetanus, he was sedated and given tetanus immune globulin as well as the DTaP vaccine.

He was cared for in a darkened room, and he wore earplugs. The goal was to reduce stimulation as much as possible since stimulation seemed to make the spasms worse.

He did not recover quickly. In fact, things got worse before they got better. His back and neck arching became worse. He developed high blood pressure and hypertension. His body temperature also peaked at 104.9°F.

The Centers for Disease Control and Prevention (CDC) report about this case states that, “The boy required 57 days of inpatient acute care, including 47 days in the intensive care unit. The inpatient charges totaled $811,929 (excluding air transportation, inpatient rehabilitation, and ambulatory follow-up costs). One month after inpatient rehabilitation, he returned to all normal activities, including running and bicycling. Despite extensive review of the risks and benefits of tetanus vaccination by physicians, the family declined the second dose of DTaP and any other recommended immunizations.”

The average cost of a pediatric hospital visit in the U.S. is $11,143. This boy’s hospital stay cost 72 times that much. When adults are hospitalized for tetanus, it can cost over a million dollars.

This was the first time a child got tetanus in Oregon in over 30 years. There has been a 99% decrease in deaths caused by tetanus since the 1940s thanks to vaccines. Getting tetanus does not make you immune. Anyone who is unvaccinated is at risk.

Does it surprise you how much it cost to treat this unvaccinated boy and how long it took him to recover? Do you think his parents should’ve let him get the second DTaP vaccine?