5th Grader Started Asking Nursing Home Residents What Their 3 Wishes Would Be. Now She’s Raised Over $60,000 for Her Cause.

Anyone who has ever been struck with a great idea knows that these flashes of genius can emerge at the most random of times–in the shower, while en route to work, and, if you’re the subject of today’s story, at your mom’s workplace.

Just last summer, Ruby Kate Chitsey, an 11-year-old from Harrison, Arkansas, was bemoaning the fact that she was stuck passing the time at a local nursing home where her mother works as a nurse practitioner. Kids of busy parents know how boring this drill can be, but one day, Ruby Kate took the opportunity to connect with one of the elderly residents.

She noticed that a woman named Pearl was staring out the window of the nursing home’s entrance with a sad look on her face, watching a dog being lead away. When Ruby Kate asked about the dog, the little girl was told that the doggy belonged to Pearl, but that the resident couldn’t afford to pay a petsitter to bring the pup over very often. It was then that the girl learned just how tight most incomes of nursing home residents are. (Not-so-fun fact: the typical resident at Ruby’s mom’s workplace has only $40 month in pocket-money.)

Here’s what Ruby Kate wrote about the experience:

Pearl’s face was so sad.  I thought of all the things in this world Pearl could have, she would probably just ask for more visits with her dog. I know it costs $12 for a pet sitter/visit. I’m eleven and I have enough money saved in my piggy bank to get Pearl a few visits with her dog.”This moment led to my project of “Three Wishes” and I started to raise money help these patients get more “extras” than their $40 dollars can buy.

And, when Ruby Kate says that she “started to raise money,” you best believe that she raised money at warp speed. She began asking each and every one of the nursing home residents about the three material things they wanted most just last summer, and, believe it or not, now that very fifth-grader has already raised a whopping $66,981 and counting for her cause! 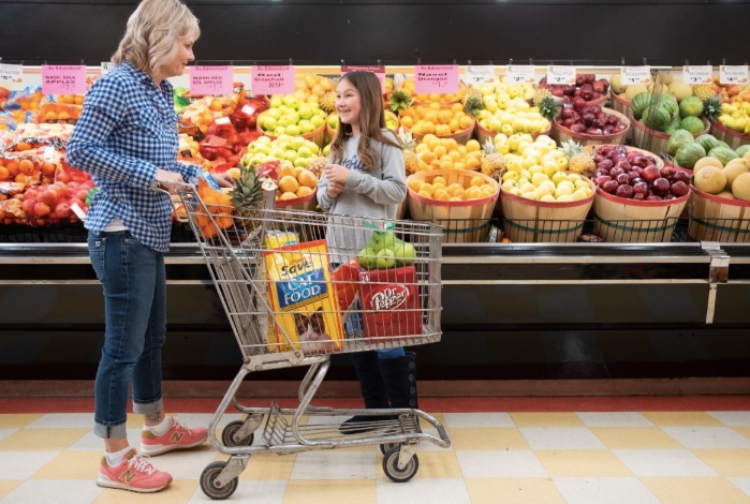 She began by soliciting donations from her small surrounding community of roughly 12,000 residents, but after money started to rapidly flow in, her mother helped her start a GoFundMe page, which they named ‘Three Wishes for Ruby’s Residents‘. Ruby Kate even caught the attention of the crowdfunding site–they named her “Kid Hero of the Month” in January! Ever since, she has been creeping closer and closer to her $70,000 goal.

To learn more about Three Wishes for Ruby’s Residents, be sure to check out its Facebook page. And, if you are particularly touched by the grade-schooler’s mission (if you’re not, maybe you should check your pulse!), consider contributing to her GoFundMe.

What a special human Ruby Kate is! Something tells us that this pint-sized altruist is just getting started…

We’d love to hear your thoughts on Ruby Kate’s incredible mission. Are you impressed by this girl’s charitable actions? Have you ever done anything similar for nursing home residents? Do you know of any other kid-run charities that deserve praise?