Watch How Helen Mirren Handled This Rude Interview In 1975

Helen Mirren – acting legend; Oscar-, Emmy-, Tony-, Olivier- and BAFTA-winner; go-to portrayer of queens and powerful women – became a Dame Commander of the Order of the British Empire in 2003. There’s perhaps nobody who deserves to be called “Dame” more than Ms. Mirren— both in the traditional sense as a title of gallantry and chivalry, and in the more colloquial sense as a classy, beautiful, strong woman. She’s been living life on her own terms since beginning her career with London’s National Youth Theatre in 1963 at the age of 18, accumulating over 125 roles on stage and screen. 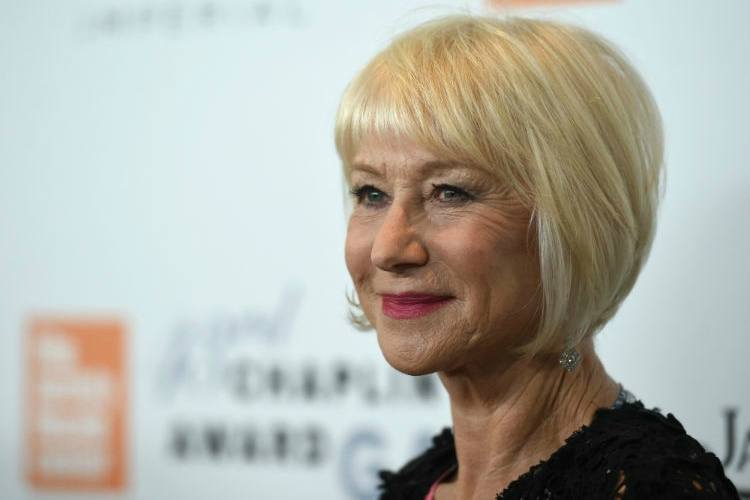 By 1975, when she was set to appear in her first talk show appearance on Parkinson, Dame Mirren had played about 13 of those film roles – including the classic role of Hermia in a film adaptation of A Midsummer Night’s Dream – and even more timeless stage roles with the prestigious Royal Shakespeare Company. She was clearly an extraordinarily talented actress on the rise, and was doing the interview with host Michael Parkinson to promote her upcoming work in the iconic role of Lady MacBeth. So how did the host – affectionately known as “Parky” in Great Britain – choose to introduce her?

By quoting reviews and reporters who described her as the “‘Sex Queen’ of Royal Shakespeare Company” and an “amorous boa constrictor,” and said “she’s especially telling at projecting sluttish eroticism.”

Oh, it gets worse.

Perhaps realizing that Parkinson was only quoting other journalists, Dame Mirren took the introduction in literal stride, entering with a jaunty walk clearly meant to mock those descriptions of her and saying, when she reached her seat, “That was ‘sluttishly erotic’ for you.” From that point on, though, it becomes clear that the interview isn’t going to get much better, and that far from criticizing the limited scope of the critics he quoted, Parkinson was more interested in the way Mirren looked than her abilities. At the top of the interview, after asking her what she thinks of those descriptions, he even says, “I think they’re right.” When he calls her a serious actress, he puts air quotes around it with both his words and a gesture. Mirren laughs as she responds, “In quotes? What do you mean ‘in quotes’? How dare you?” but it’s apparent this interview is, already, not turning out to be the one she hoped it would be. 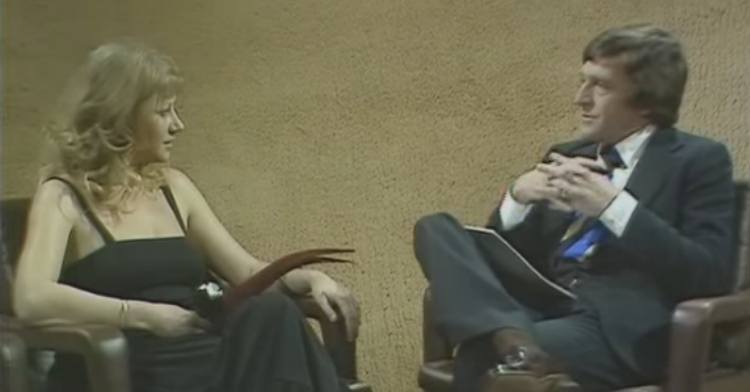 Then things get worse. Parkinson asks, “Do you find … that this — what could be best described as your equipment — in fact, hinders you, perhaps, in that pursuit?”

Yes, he’s asking what you think he’s asking. Even by the different standards of the 1970’s, and even taking into consideration that Parkinson was an interviewer known for really testing and pressing his subjects, it’s an astonishingly forward and rude question, one aiming for titillation rather than reflection or information.

The way Mirren handles it, though? There aren’t enough good descriptors for it— though I’ll start with inspiring, empowering and perfect. 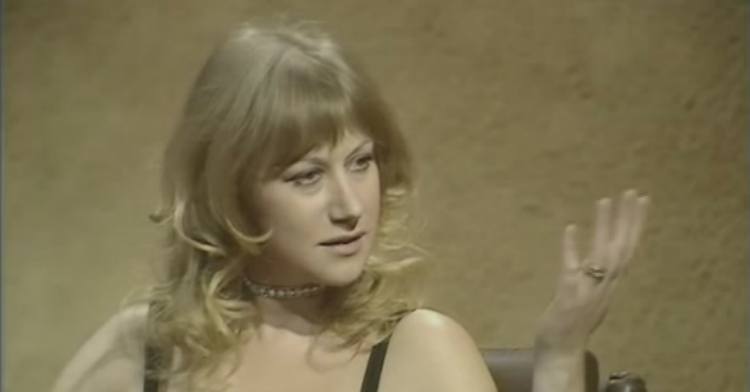 “I’d like you to explain what you mean by my equipment,” she says. “In great detail.” When Parkinson, slightly taken aback, tries to explain by saying he means her “physical attributes,” Mirren doesn’t stand down. “You mean my fingers?”

It’s an incredibly effective method of dealing with rude or invasive questioning, because it usually forces the asker – a person often more thoughtless or ignorant than intentionally malicious – to confront his own rudeness with the mere power of repetition, which forces him to really hear what he’s saying. Incredibly, though, Parkinson doesn’t back down, and finally admits that he’s asking about Mirren’s “figure.” That’s when she gives this response.

“Serious actresses can’t have big bosoms, is that what you mean? [. . .] What a crummy performance if people are obsessed with the size of your bosom or anything else. I would hope that the performance and the play and the living relationship between all the people on stage and all the people in the audience would overcome such boring questions, really.”

Spot. On. The interview continues in this vein, and Parkinson – who seems to resent the idea that his rude query was “boring” – continues asking questions that could only be described as rude and, well, sexist. But Mirren? She continues to shine with the way she handles them all. I could keep pulling quotes for days – the entire interview is worthy of transcription – but honestly it’s best if you just watch it for yourself.

What I especially love and admire about Dame Mirren’s responses in this video is that she never resorts to outright anger or raising her voice, although she certainly would have been justified in either one. Her voice is actually quiet throughout, never dignifying the rudeness with emotion it doesn’t deserve. She says what she wants to say, expresses her thoughts clearly and succinctly, and knows and conveys her own worth. It’s no wonder, watching this interview, that she’s gone on to be one of the best actresses and artists in the world.

Are you as inspired by Dame Helen Mirren as we are? What other things do you notice about this interview? Tell us what you think! And if you’re interested in learning more, check out the second part of the interview below, and a follow-up conversation between Mirren and Parkinson that happened decades later that shows Dame Helen, classy as ever, doesn’t hold a grudge.