Having any number of kids is a challenge. Heck, having one kid is a challenge. Now picture having 13 kids and remember to keep breathing. The Noonan family, of Lawrence, Massachusetts, managed to raise 13 kids in the 1920’s – which, even for the time period, was quite large. By the 20’s, families had stopped having six, seven, or eight kids, as was common in the 19th century. Instead, this was the era that the average of 2.5 kids came about.

So it’s no surprise that the Noonan family garnered local attention with a family six times the size of the average local family. In fact, they became so well known that Boston Herald writer Leslie Jones was sent out to capture images of them preforming their daily routines, which would even strike the modern reader as an interesting lifestyle piece. 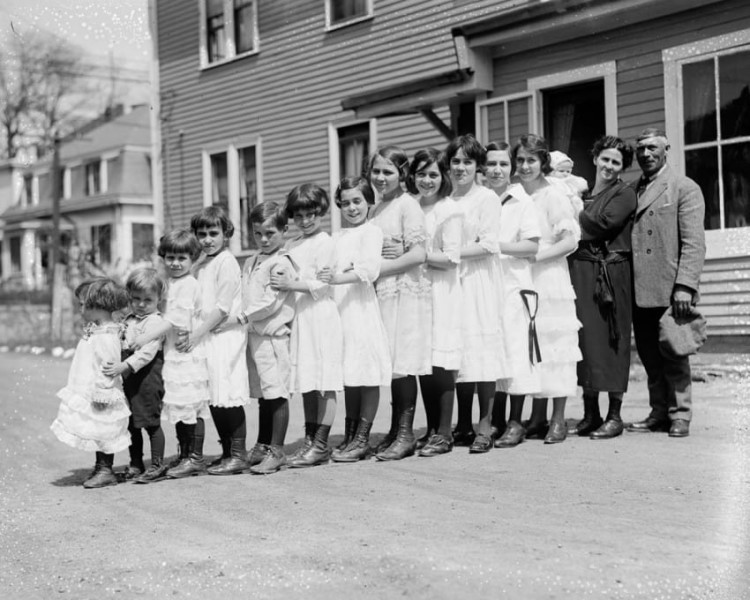 Jones was a well-known writer for the Herald, often doing “slice of life” pieces like this in the Boston area. However, Jones also covered larger news stories, such as Charles Lindbergh’s tour of the U.S. after his transatlantic flight.

On the day that Jones came to capture the images, the family – which consisted of 10 girls, two boys, and a baby whose sex is unknown – lined up to take some pictures with their mom and dad, Mabel and Maurice. Besides the infant, the youngest looks to be about three or four, and oldest girls look like they’re in their teens. The proud parents showed off their brood and demonstrated how they did their daily chores; such as their system for polishing their shoes.

That’s a lot of shoes. 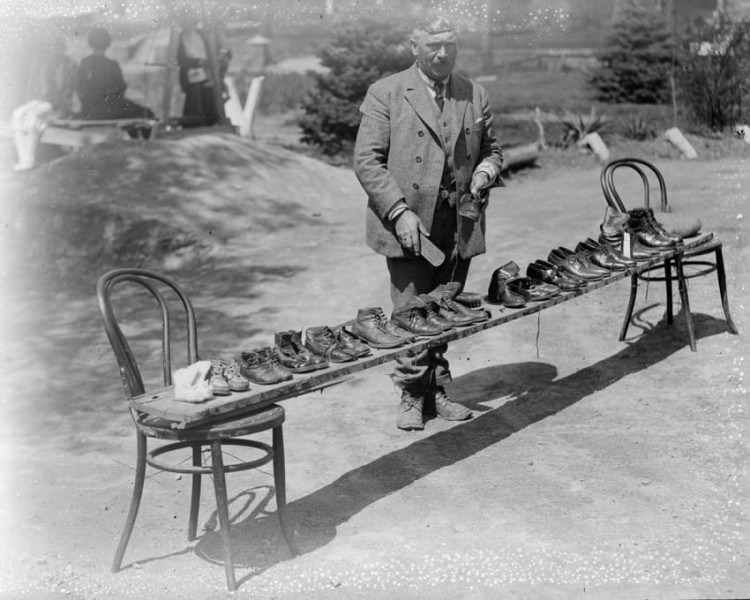 The biggest trick of all, the Noonan’s demonstrated how they fit all 15 of them into one car, which is quite a sight! The family had a regular car expanded to accommodate twelve of the children in the back and the parents up front, with Mabel holding the infant child in the passenger’s seat.  Naturally, we don’t encourage that ANYONE attempt this nowadays – this was back when cars were slower and less frequent on the roads, although even for that time, this was extremely unsafe protocol! 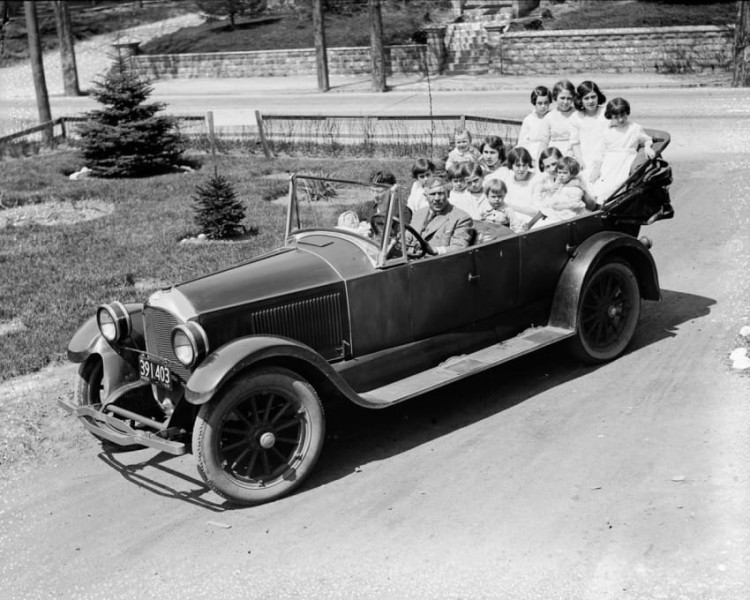 However, even though they could fit in one car, they can’t all seem to fit under one umbrella!

These pictures are just so fascinating. Not only do they show us a true slice of life from this forgone era, but they seem to show genuine familial love and connection. No matter the era, it seems that some things will always stay the same, and that is truly comforting.

After LittleThings originally posted these pictures to their website, a few descendants of the Noonan family came forward to confirm their family identity and even give a little tragic background information. 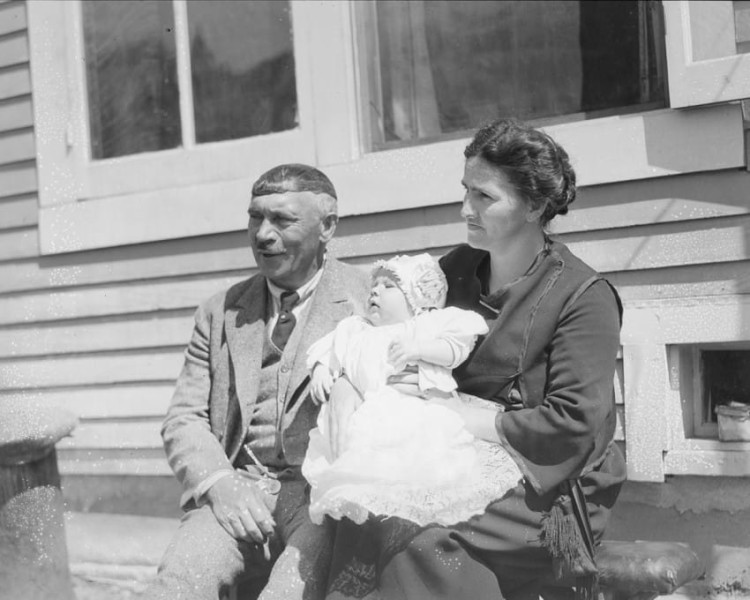 Cousins Maralin Manning and John Noonan are the children of one of the girls and one of the boys in these photos. They confirmed that Maurice was an Irish immigrant who ran a local Boston pub, The Morning Glory, and also worked in forming unions in the wool industry. Sadly, they also shared that Mabel Metcalf-Noonan would pass away, along with their youngest child, about four years after these photos were taken, leaving Maurice to raise 12 children on his own.

Although this is a sad ending to their story, Maralin and John made it clear that Maurice did an amazing job raising the rest of his family! We’re honored, almost 100 years later, to get to admire these unique pictures of this fascinating and loving family.

What do you think of these pictures? Share your thoughts in the comments section below.