We love the show America’s Got Talent. It’s one of those shows that consistently proves that you can’t judge a book by a cover, or a face to a talent. There have been countless amazing acts on the show, and each and everyone one is truly remarkable.

It’s especially amazing when a meek, seemingly shy 13-year-old walks into stage and tells the judges she’s going to sing. Courtney Hadwin from Britain seemed super timid and shy when she did just that—and she even admitted she was a little bit nervous. She certainly looked it.

One of the judges on the show Mel B. tried to lessen her nerves by asking her her favorite subject in school, to which, of course, she replied “music.” But when asked what kind of music, she replied that she didn’t know. Poor girl looked totally scared to be in front of such a live audience, even acting slightly awkward. You can tell the judges started to feel a little bad for her, telling her she was there for a reason and to not be nervous.

As the lights dim, there was a slight pause before Courtney starts bopping her body to the song Hard to Handle. Once the first note came out, the entire audience went absolutely crazy. That shy, awkward girl was no longer. She was totally nailing it and no one could hide their shock—not the audience nor the judges. 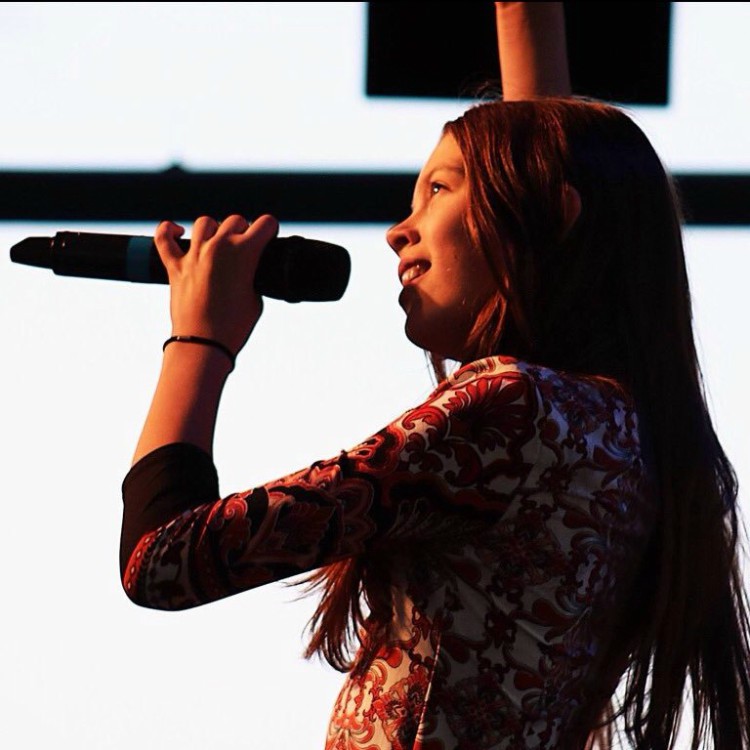 For the entire minute and half of the capturing performance, everyone was completely stunned. When it ended, the judges only had amazing things to say.

“You were this shy little thing when you first came out, and then you sing and you’re like a lion. Genuinely incredible,” said Simon Cowell.

“Oh my gosh,” said Howie Mandel. “You’re not from this era. You’re from a whole different era.”

Howie then went on to tell a story about Janis Joplin before she was famous. She was at a music festival and got signed for the first time by Clive Davis. “That changed her life,” he went on to say. “I’m not Clive Davis, I’m Howie Mandel, and I can’t sign you to a record deal. The only thing I can do for you, young lady, is give you…”

And with that, Howie got up and pushed that magical gold buzzer that sends contestants straight to live show. It’s rare when judges press that buzzer—you know you’ve truly made it.

What a tear-jerking moment. Courtney immediately burst into tears as the crowd and judges went wild for her. Her father ran from back stage with tears in this eyes to give his daughter a huge hug.

“I didn’t know what to expect when I auditioned for @AGT but the golden buzzer was more than I ever could have dreamed of,” Courntney wrote on her Twitter account. “Thank you so much @howiemandel I am so happy and can’t thank you enough xx”

What do you think of this eccentric singer? Do you think she has a chance of winning the entire season? We sure do!