In 2011, Maria Aragon set up her video camera, sat down at her keyboard, and performed her favorite Lady Gaga song (everyone’s favorite Gaga song, at the moment,) “Born This Way.” After getting a little traction on YouTube for her killer rendition of the song, Maria was flabbergasted when Gaga herself reached out to her, complimenting her cover and offering feedback.

After a back-and-forth, Gaga invited Maria to perform with her at her Toronto concert. But before she would preform the Mother of Monsters, she would perform for Ellen, live on her show in front of millions.

Did we mention that Maria Aragon was 10-years-old at the time? 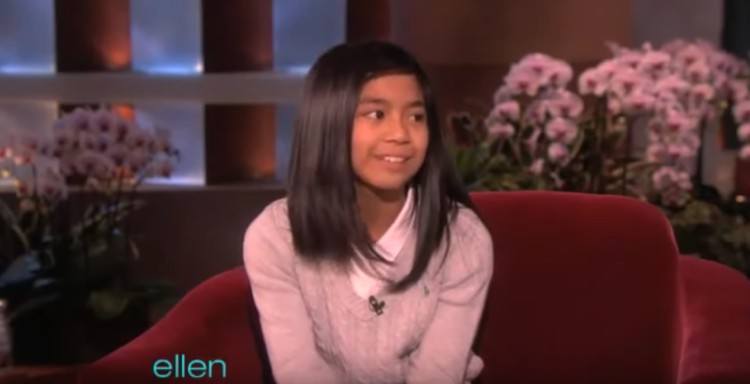 The Ellen Show
This little girl, a Canadian citizen of Filipino decent, is one of the most talented performers we’ve ever heard! We knew she was special (because she had been asked on Ellen, the place for talented individuals) but when she walked over to that keyboard to perform live, we had no idea what was going to happen.

At just 10, Maria plays the piano fabulously and sings to boot! Her voice sounds effortless and is well-supported even through the higher notes, which she belts out like nothing. We can tell (and so could Ellen!) that she was nervous, but even through her shakes she nailed the song.

What was just as impressive as her performance, however, was how she felt about the it. She chose this song because of the meaning it has for her.

“I love the meaning of the song, it’s a really great meaning, ” Maria told Ellen before she performed. “It’s about just being yourself because God made you who you are, and you’re no different than anyone else.”

For a little girl to be able to feel this passionate about the deeper meaning behind Gaga’s hit is extremely impressive, and we think this was partly why the artist was drawn to Maria’s cover in the first place. 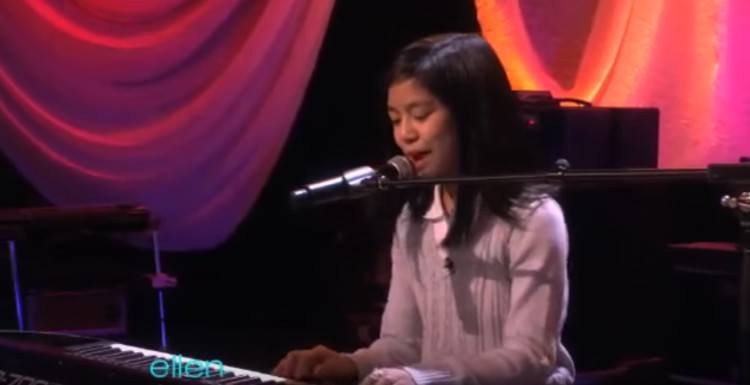 The Ellen Show
Maria even divulged that Gaga had been having a bad day and hearing her cover actually brightened her mood! It’s one thing to hear from a superstar (and to be asked to perform with her) but to know you actually pulled her out of a bad day? We didn’t even know Lady Gaga HAD bad days! That is a really special experience for Maria.

Since her introduction to stardom, the now teenage Maria has been pursing her music passionately. She maintains her popular YouTube channel with weekly video covers of popular songs, she’s been going to camps for gifted young musicians, and she obviously killed her performance with Gaga.

We won’t be surprised when we see her name in lights! This talented performer can only improve her skills from here, and we’re sure she has an amazing road ahead of her.

What do you think of Maria’s cover from 2011? Did you watch it five years ago when it blew up on YouTube? Share your thoughts in the comments section below.