Have you ever heard the expression, ‘Every woman eventually turns into her mother’? It’s a saying that has probably been around since the beginning of time–and we’re guessing that it’s one that has always received a lot of pushback from daughters, even by the ones who love their mothers. (Can you tell that we are totally speaking personally here?!)

For better or for worse, it turns out that this statement isn’t just an extrapolation of some old wives tale–it’s actually totally true! In a study conducted by UK plastic surgeon, Dr. Julian De Silva, the doctor found that this usually starts happening in women around the age of 33.

The prominent plastic surgeon conducted his research by first examining the average age that women give birth to a first child in the UK; currently, that number is the big 3-0. From there, Dr. De Silva gathered together 2,000 participants and began asking them questions about starting families, as well as their relationships with their own parents.

From the extensive interviewing, the doctor found that most women reported having stopped “rebelling” against their mothers at an average of 33 years-old. Taking it further, the female participants interviewed stated that they even started acting like and emulating their moms around that same age, too.

Perhaps unsurprisingly, Dr. De Silva connected this shift in behavior to childbirth and first-time moms coming into their own parenting styles. The occurrence can either be attributed to the participants mirroring their mothers’ own parenting styles or that a portion was now relying on their moms more as they took on grandmother roles.

Women aren’t the only ones to ‘turn into a parent’ 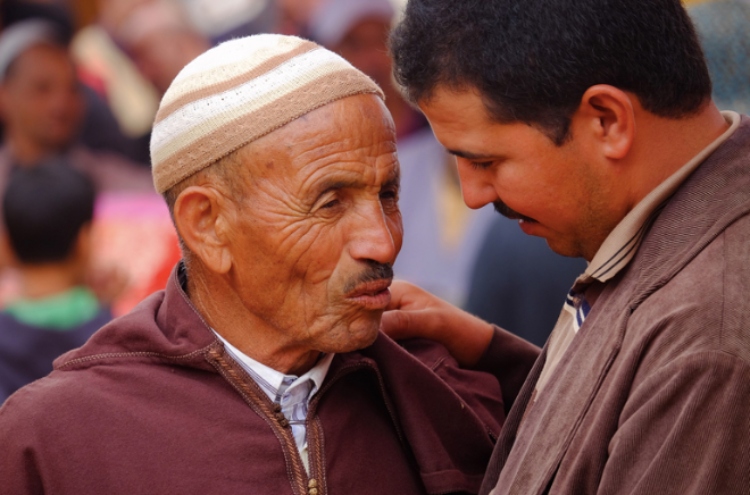 Don’t worry, ladies, you aren’t the only ones to “turn into” your parents–men “turn into” their fathers, too!

In the same study conducted by Dr. De Silva, it was discovered that, on average, men become first-time fathers at around 33.5 years-old in the UK. And, just like their female counterparts, they, too, begin taking on their own dads’ attributes not long after the birth of the child.

It can be a realization that might evoke some complex emotions, but it’s one that we should probably embrace–even if our relationships with our parents are less than straightforward.

“We all turn into our parents at some point in our lives – and that is something to be celebrated. Becoming parents is the main trigger and lifestyle factors are also important,” Dr. De Silva said.

The surgeon thinks that it’s a reality that we should live with, especially considering that the realization could inspire us to question our outside appearances, as well. “It is an inevitable part of aging but a process lots of people want to put off for as long as possible. It is one of the reasons why the average age of first-time cosmetic surgery is coming down for both the sexes too,” Dr. De Silva said.

While none of us wants to admit that we are turning into our parents, we do agree that this research is spot on. You might try to run, but you can’t hide from your mom or dad’s influence!

We’d love to hear your thoughts on this subject. Are you surprised by the findings? At what age did you become a first-time parent? Have you “turned into” your mom or dad?