It’s Not Made in the Netherlands, and It’s Not an Oven, so Why Do We Call It a “Dutch Oven”?

It seems like there’s an ever-increasing array of kitchen appliances and gadgets to consider. Sure, some of them — like the banana slicer and the pickle picker — might be easily forgotten. But then there are some that seem like they could legitimately be useful, like the Instant Pot.

An Instant Pot might be useful if you can actually figure out how to work it, that is! With all the newness and the sheer number of gadgets available, it’s comforting to remember that some kitchen items have been around a long time.

Take the Dutch oven. Made of heavy, sturdy cast iron, these things feel like they’re built to survive a cannonball attack — and feed an army. At the same time, they’re often covered in beautiful enamel colors. Displaying your gorgeous red Le Creuset Dutch oven on the counter is a mark of pride for some. Or maybe you’re just as proud of your much less expensive Ikea Dutch oven— which works equally well, in my opinion! 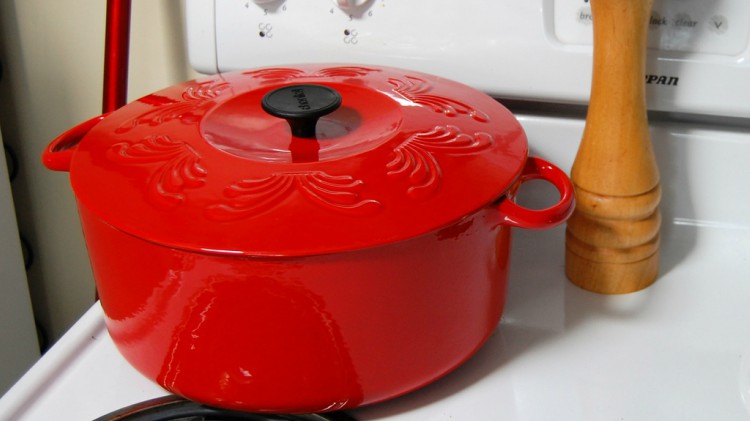 A Dutch oven might have been around for a long time, but it’s got its own share of confusion. Number one: why is it called a Dutch oven? I mean, if Le Creuset is the most famous brand of Dutch ovens, shouldn’t they be called French ovens?

According to The Kitchn, a method for casting metals in sand molds was developed in the Netherlands centuries ago. This method turned out to be perfect for casting iron to make pots and similar items. In 1704, a British man named Abraham Darby visited the Netherlands just to learn about the famous Dutch casting methods.

Darby brought the method back to England, where it was quickly adapted for cookware. Way back in the eighteenth century, most cooking was done over an open fire, and cast iron proved perfect for this. FYI, that’s also why it’s called an “oven,” which originally just mean a pot you put into a fire instead of the thing you put cookware into. Eventually, the heavy metal pots became known simply as “Dutch ovens.”

Dutch ovens aren’t the only kitchen items with a somewhat confusing history, however. The French press is used by coffee lovers everywhere to get a rich, flavorful brew. It was actually invented in 1929 by an Italian, Attilo Calimani. But it’s so associated with French culture that we call it a French press instead of an Italian press!

And the humble can opener? It was actually invented to open boxes! OK, we’re just kidding about that one.

The kitchen items that stick around are often ones that prove to be multitaskers. Reader’s Digest put together a list of some of the more ridiculous uni-taskers that are probably forgotten and gathering dust in cabinets, like: 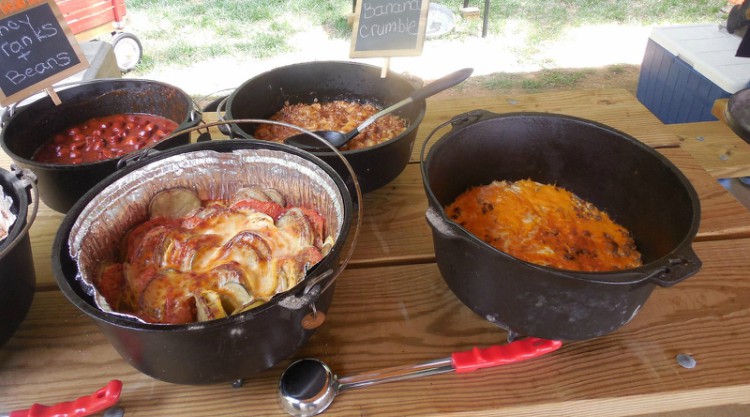 The fact that the Dutch oven has stuck around through the centuries just goes to show that sometimes simpler is better! With all of the amazing things a Dutch oven can do — baking, roasting, simmering, frying, and more — it’s fair to say that it really is “tried and true”!