They say the birth control pill is 99 percent effective for a reason. While it’s a very good way to protect yourself from getting pregnant, there’s still that 1 percent chance that you will.

The Northampton UK resident takes her birth control once a day like every other woman on the pill. But for some reason, it just wasn’t working in the way it should. Eight years ago, Donaghue had become pregnant two different times with two surprise babies, even though she was on the pill.

The first time it happened she was just 18 years old, living in a one-bedroom apartment and wasn’t ready to start a family. “But when our daughter Megan, now 10, was born I took to motherhood straight away, Hannah said. “I’d worked in a nursery so caring for her came naturally to me, but I wasn’t planning on having another any time soon.”

Well she might not have planned to have another one so soon, but her body did.

“I went to the GP and switched my pill, then made sure I took it religiously at the same time every day,” Hannah said. “But just two months later, I felt a familiar twinge and realized my period was late – it couldn’t have happened again, surely?”

Except sure enough, it did.

“When I saw those two little blue lines in the window I almost fainted,” Hannah said. “I had no idea how we’d cope and was dreading having to explain to people what had happened again when I was on the pill.” 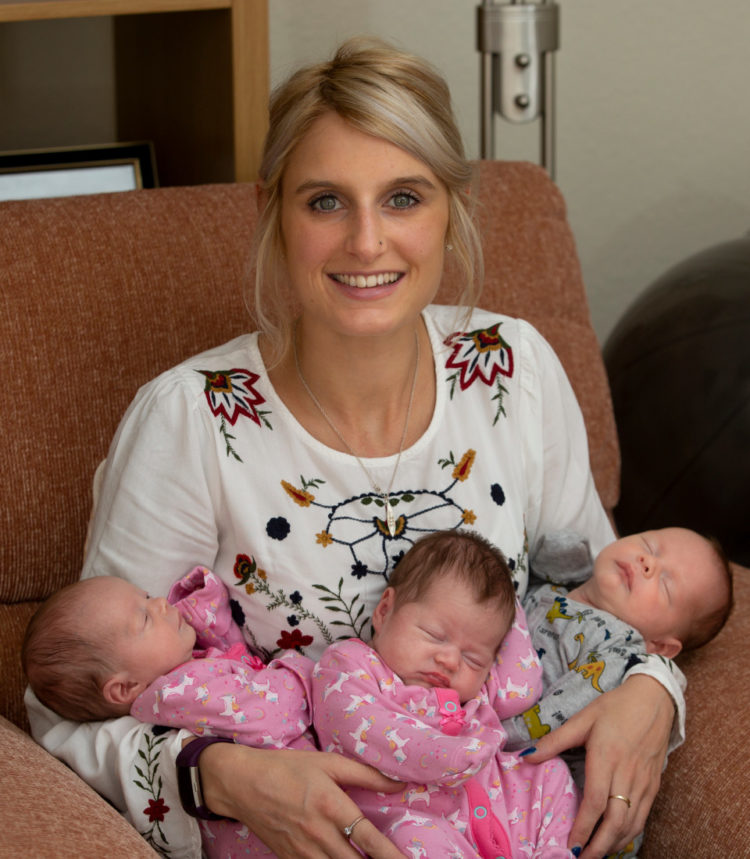 Hannah couldn’t take any more chances. She went off the pill and switched to a contraceptive implant. That went well for a while, but eight years later she began to experience a few problems with it so she went back on the pill. It was right around the same time she ran into an old boyfriend named Ben.

“I bumped into Ben at a party. I’d known him years earlier and there was definite chemistry between us, and that night we ended up going home together,” she said. “Afterwards my period arrived as normal–but two weeks later I woke up feeling something wet in my pyjama bottoms. I looked down and there was blood everywhere.”

After a trip to the hospital, Hannah was informed with the four words she never thought she’d hear ever again: “You could be pregnant.”

“I lay on the table and the sonographer ran the scanner over my stomach. ‘There’s one heartbeat’, she said. ‘And there’s the second one,'” Hannah recalled. “I thought I’d misheard her. How could there possibly be two babies in there? ‘And there’s the third one’, she added. What? She was telling me I was pregnant with three babies?!”

Once again, it was no joke.

But once the shock settled, Hannah realized that this was meant to be. She and Ben began dating and when the triplets were born, they felt like a true family.

“The triplets have more than doubled our family and we are looking to move to a four-bedroom house, as space is currently tight for a family of seven. I’ve also traded in my Mini for a seven-seater car – and I’ve well and truly given up on the pill,” Hannah said.

“But we do have five little miracles to thank it for – they were obviously meant to be,” she added.

Can you believe this story? Have you ever heard of birth control failing this many times? What would you do in Hannah’s situation?