After 30 Years, Tom Selleck Speaks Up and Reveals Truth About His Marriage

You may have recently heard about the passing of actor John Hillerman, who played Higgins on the beloved TV show, Magnum, P.I. If you watched the show regularly, then you were probably also a fan of Tom Selleck.

For many years, Tom Selleck crushed it as the main character Thomas Magnum, and people tuned in to get a look at the skillful detective and his famous ‘stache. To this day, his mustache is one of his most recognizable features.

But there’s more to the guy than his facial hair, one of them being his family life. In the world of Hollywood where it seems like marriages are short-lived for many, Tom and his second wife Jillie Mack are still going strong. One of the secrets to their steadfast union? Privacy.

Back in the ‘80s when Tom Selleck was lighting up the small screen, the paparazzi were constantly in his business. After he and his first wife divorced, he was an eligible bachelor at age 38. When he met Jillie in 1983, she was a London actress starring in the hit play Cats!.

In 1987, the two eloped in a private ceremony in Lake Tahoe, using aliases when the wedding was arranged. The minister didn’t find out the couple’s true identities until right before the nuptials! That marked a new chapter in their love story.

Fast forward thirty years later, and the two are still happily married. When Tom and Jillie had their only child Hannah in 1988, Tom cut back on his work schedule to focus on family. Thus he sealed the ending of Magnum, P.I. to spend more time with them. 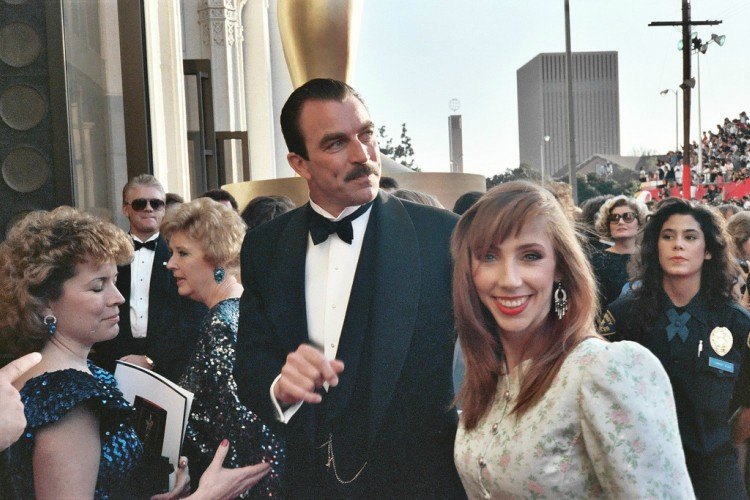 Over the years we’ve seen Tom take movie roles and continue to act on the small screen, but being a parent to Hannah and his son Kevin (from his first marriage) has been his favorite role. He and Jillie found even footing while raising Hannah, with him telling New York Daily News:

“We don’t do anything or make any decisions without consulting each other. And if one of us makes a decision involving Hannah, the other parent completely supports that position, even if you disagree.”

These days, Tom and Jillie are living on a sprawling ranch in California where they tend to avocado trees. He also took to breeding horses, and taught his professional equestrian daughter the business too.

Tom has understandably been very careful about exposing his private life to the public, instead wanting to protect his family. It’s helped him to maintain balance and enabled him to cultivate a nurturing environment for his marriage and family.

By staying low-key and out of the Hollywood spotlight while working, Tom’s been able to give the people he loves most what they deserve: time. If that means rearranging some work obligations, so be it. We hope the couple gets to enjoy thirty more years together!

What do you think of his long-lasting Hollywood marriage? Do you have any special secrets for a long marriage?

Are you a fan of Tom Selleck? Check out these 5 things you may have not know about the guy with the ‘stash!