These Used to Be So Common, But Most People Don’t Know What These Gadgets Are Anymore

Ever find something in your home growing up and ask your parents, “What the heck is that thing?” It looks like it could have come from aliens, or worse, like, the ’60s or something.

Typically, whatever trends and items are popular in the decade we grow up in, that’s what we get used to. Anything used in other decades, however, that are no longer used as much currently, and we have no clue what they are.

For example, take these teens who had four minutes to figure out how to use a rotary phone, and couldn’t do it. But why would they know? They grew up in the cell phone era and had barely even seen a rotary phone before this challenge!

Anyway, the point is, there are lots of weird objects in this world from years ago. Something I once saw in my parent’s bedroom when I was little was this weird-looking thing that resembles a coin on top with a thin piece of curved metal coming out of it. 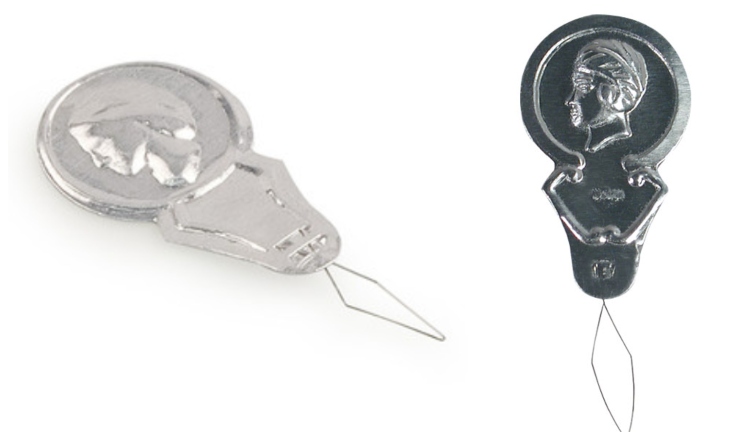 I never knew what it was. An old coin? Why was it shaped like this? What was that piece of metal for? I never thought to ask and would just go about my days and nights as normal.

But one day, my mom took that weird coin thing out to the living room. She grabbed some needle and thread and began to sew a hole up in an old sweater. I watched as she used the, now what I know is a needle threader, to get a piece of thread easily through the needle.

I barely saw her do it because it happened so quickly. It was like MAGIC. If you’ve ever struggled to get a piece of thread through the eye of the needle (who hasn’t?), this little device can help. So much so that I have no idea why we barely see them around today!

Well, Google told us why. These needle threaders actually date back to the Victorian era (as there were actually many needle threaders created with the queen’s head on the coin part). In the early 1900s, several models of these babies came to the United States.

However, people started to do away with these once needle threading attachments became commonplace on sewing machines around the 70s. Some modern machines even come with LED lights so you can see what you’re doing better. Still, we still love this old-school needle threader. Here’s a quick lesson on how to use one: 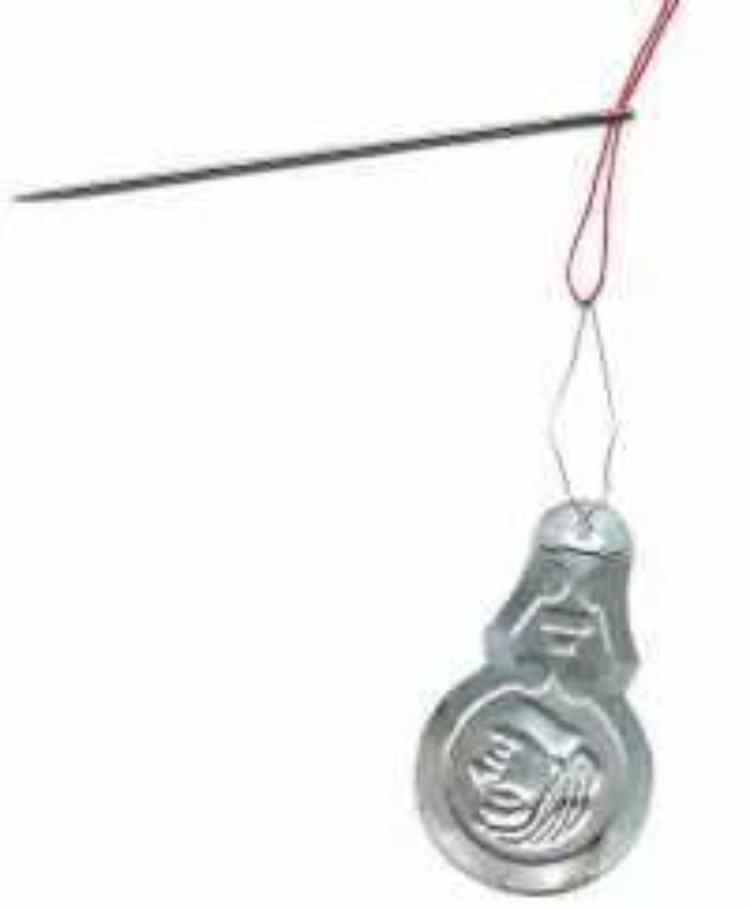 First, place that diamond-shaped wire through the eye of the needle and slide it down, bringing the needle into contact with the handle.

Then, you’re going to pull the thread through the eye of the needle. Holding the thread with one hand, pull the needle away from the handle and back up the wire.

Then, pull the needle off the wire completely, and the thread effortlessly passes through the eye of the needle. Voila! Your needle is threaded. Amazing, isn’t it?

Have you ever seen or used one of these needle threaders before?