After sitting for eight hours a day at the office, then running from errands to soccer practice and making dinner, it’s no wonder your joints are sore and your back is aching. Wouldn’t you just kill for a back massage right about now?

Unfortunately, most of us don’t have the time or money to be able to hit up the masseuse for deep tissue work every week (much to our dismay). If only there was an easier, cheaper way. You know, like making your kid do it or something. Ha, yeah right.

Maybe that idea isn’t such a farfetched one anymore. One genius dad named Ken Kawamoto figured out a way to trick his kid into giving him a back massage. While kid plays, dad gets to enjoy a nice rubdown.

The trick is a simple T-shirt that contains the design of a railroad track that kids can use play cars and trucks to ride over, letting the person wearing the shirt enjoy some soothing pressure on the joints.

Ken, who’s a software engineer for Google, got the idea after his son started to ride toy trucks around on his back, while he was working (on the floor, which is probably not helping his back) pretending it was a railroad.

“I often do work on my laptop while lying down on the floor,” Ken explained. “One time, in an act of boredom, my child started playing with his toy train on my back, which surprisingly felt very refreshing since my back was really strained. I then came up with this idea to get him to run the train along the particularly massage-needy parts of my back.” 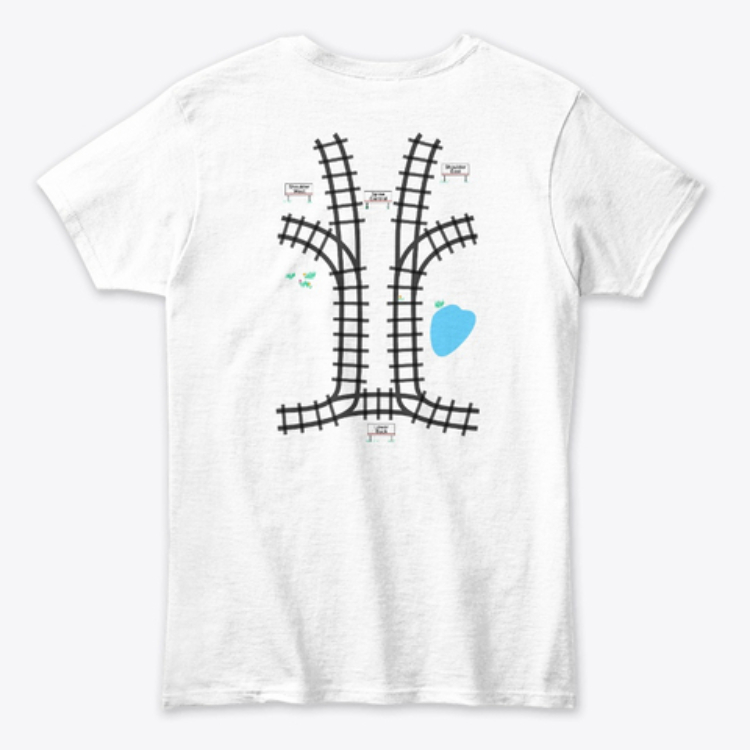 His son already enjoyed playing like this, so Ken simply wanted to encourage the playtime a little bit more by getting creative with his T-shirt design. No harm in that! The railroad on the shirt has specially designed areas named “Right Shoulder,” “Left Shoulder,” “Spine,” and “Lower Back” so that the kid can get all the right spots.

“He [the son] seems to enjoy using me as rails (and the added sense of accomplishment from giving me a back massage). He’s always enjoyed using me as a toy,” Ken said.

We’re pretty sure most kids feel the exact same way and would love to try this “toy” out. Luckily, they (and you!) can. The “massage T-shirt” is available for purchase online for just 2,500 YEN (don’t worry, that’s only $22 American dollars).

It’s available in women’s and men’s sizes, and in several different colors. Find it here!

Still not convinced? Maybe you just have to see the “massage T-shirt” in action. The video that Ken uploaded was watched 1.23 million times and re-tweeted more than 30,000 times.

Check out how much fun this kid is having running trains all over his dad’s back—and how good it looks like it feels for Dad!

What do you think of this brilliant invention? Would you ever want to get a shirt like this? Do you think your kids would have fun “playing” with it?