It’s that time of year again when we start thinking about Christmas…the lights, the food, the decorations. Many people have Christmas family traditions that they look forward to every year. It could be decorating the Christmas tree together while watching a classic Christmas movie, going caroling or attending a Christmas Eve service together.

The royal family is no exception, and the Christmas traditions that the royal family looks forward to every year are (no surprise) led by Queen Elizabeth II.

When we think of the royals and Christmas, we think of London, fancy clothes and elaborate decorations, but it turns out that when the family retreats to Sandringham House, their Norfolk estate, for Christmas, things are much more low key. Yet, there are certain traditions they look forward to every year such as attending church services, exchanging gag gifts and playing games.

Last year was a groundbreaking year because the Queen broke one of her long-held rules of only letting family participate in these traditions. She made a rare exception and let Prince Harry invite his soon-to-be bride, Meghan Markle, to join them at Sandringham House.

Last year, Harry told Radio 4’s Today, “We had great fun staying with my brother and sister-in-law and running around with the kids.”

That sounds a lot like a normal, non-royal Christmas to us.

While the Queen made an exception to one rule, there are other holiday traditions she is not inclined to break…ever. One such tradition involves Christmas decorations.

The Queen has the decorations up at Sandringham House by the 2nd week of December, but she waits until after Christmas tea to finish decorating the Christmas tree. This is when the entire family finishes decorating the tree together. 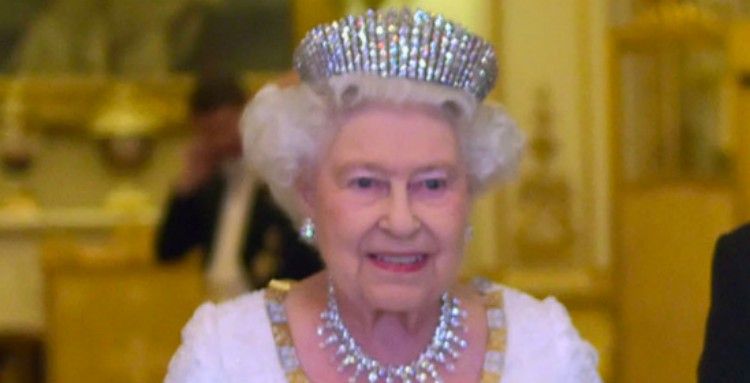 It may seem odd to finish decorating a Christmas tree on Christmas Day. After all, many people have their Christmas decorations down before New Year’s Eve, but not the Queen. She leaves her Christmas tree up until February 6th.

After Christmas, the Queen and Prince Philip stay on at Sandringham House until early February. This house has a lot of history for the Queen. She celebrated Christmas here as a child, and this is also where her father, King George VI, passed away in his sleep.

So, why does the Queen leave her Christmas tree up until February 6th? Because her father died sometime in the night on February 5th, 1952. Leaving the Christmas tree and decor up through this date is her way of honoring her late father.

What are some of your favorite Christmas traditions? When do you take down your Christmas tree?