If you’re a parent of a young child, you probably find yourself wondering how much screen time is appropriate. If you need to get dinner ready and your child is whining at your feet, it can be super tempting to hand them an iPad to get the show on the road. But are there damaging effects that can occur from too much screen time?

A new study published in the journal JAMA Pediatrics found some alarming but perhaps unsurprising facts about screen time and children ages 3-5 years old. It turns out that those in that age range who used screens more than the recommended one hour a day, without having a parent involved (aka they watched whatever they wanted) showed to have lower levels of development in the brain’s white matter, an area linked to development of language, literacy and cognitive skills. 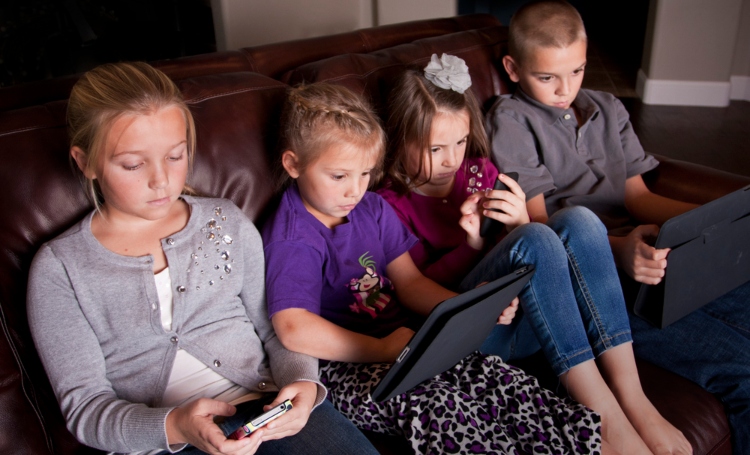 “This is the first study to document associations between higher screen use and lower measures of brain structure and skills in preschool-aged kids,” said lead author Dr. John Hutton, a pediatrician and clinical researcher at Cincinnati Children’s Hospital. “This is important because the brain is developing the most rapidly in the first five years. That’s when brains are very plastic and soaking up everything, forming these strong connections that last for life.”

Still skeptical? Take it from one mom, who proved that limiting screen time made for some pretty rewarding moves from her kids.

Being a mother in addition to a writer and blogger, Molly DeFrank has read countless of articles saying that excessive screen time can be bad for her kids. So she decided to make some rules about how much time her kids were able to be on their phones and computers or watch TV.

One Saturday morning, she walked into her bedroom to find all of her six kids in bed—reading quietly together! She had no idea they were there doing that as she didn’t tell them to go read; it was just something the gang gathered and did organically.

Molly says that on top of this adorable un-staged moment, her kids bring books to restaurants instead of ipads and her daughter has grown five whole reading levels in just seven months. 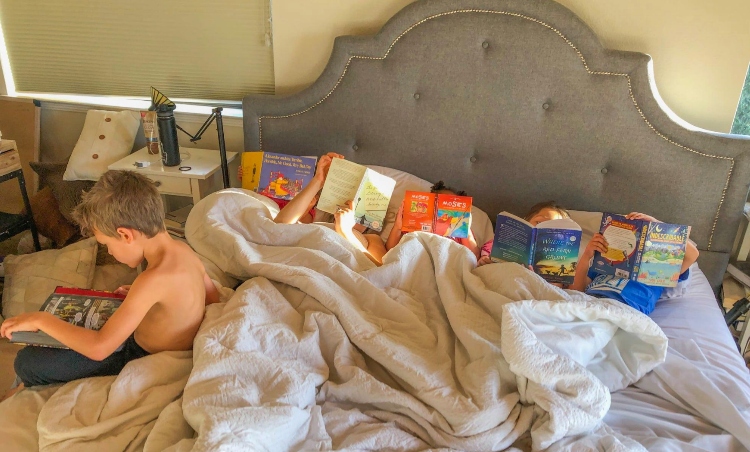 “Months ago we removed screen time for our kids,” the mom explains on her Facebook post. “Why? Because my precious babies were acting like demogogons. And Mama don’t play.”

She explains that she allowed an hour of screen time per kid each day—note, the recommended allotted time—as the screens “apparently muted their creativity, caused grumpiness, fighting and whining. I was not into it. So we pulled the plug, literally.”

Of course, the kids weren’t too happy about it in the beginning—what kid would be? But then, not too long later, they got over it and moved on. “I could not believe how easy it was,” Molly states. “Seriously, it was like I had my kids back.”

So what about the positives of using screens? Molly addresses that too. “Certainly, technology can be useful in its right place…but after a quick assessment of my babies’ behavior, I knew we needed a technology overhaul,” she said. “I can’t recommend a family screen overhaul enough.”

What are your thoughts on screen time for kids? Have you ever tried to limit it?