Is the royal family ever not making headlines? We can’t help it; we love this fam, whether we’re talking about Kate Middleton being pregnant with her third child or how Prince William is rapidly losing his hair.

All right, so that last one has been talked about for quite some years now. Ever since he was a baby, Prince William has always had these recognizable long, luscious blonde locks, and they remained on his head as he grew into a teen heartthrob during his high school years.

But somewhere in his late 20s, Prince William started to lose his hair and his hairline began to recede, and people began to talk and tease. The public stood back and watched his head of hair get thinner and thinner.

Some hoped maybe he’d do something to repair the damage, but alas, the strands just kept falling out as the years went by.

He was nearly 30 when he got married to Kate Middleton in 2011, and we can tell from pictures of that day that his hair follicles were on their last legs—literally. 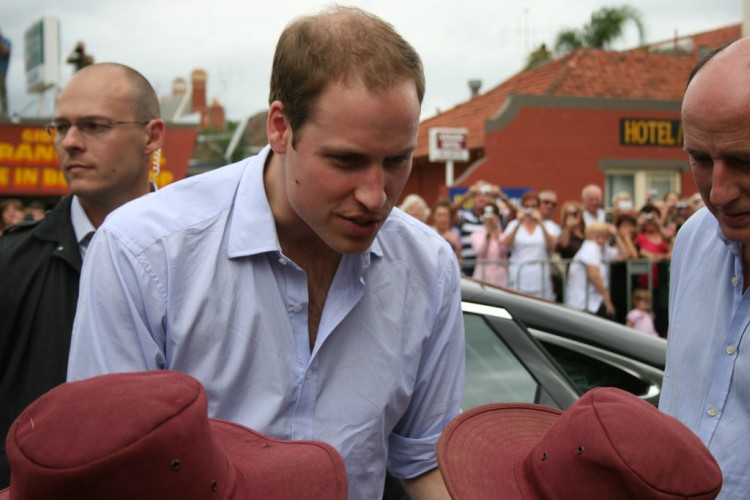 While some men lose their hair quicker than others, we can’t help but wonder: Was his bald patch and receding hairline a result of genetics? We’re thinking no, since his father, Prince Charles, and brother, Prince Harry, both seem to have their flow in tact.

Maybe he’s under a lot of stress? After all, stress is scientifically linked to baldness. And being a parent of two with one on the way can certainly be tough (add that on with being an Air Ambulance pilot with the East Anglian Air Ambulance, and you know, being the Duke of Cambridge, as well).

What about a poor diet? Prince William did admit once on a BBC Radio 1 interview that his some of his favorite foods were pizza and Chinese food. And greasy or sugary foods are also linked to hair loss. Maybe that’s it.

Whatever the reason for the rough patch (no pun intended), losing or thinning of hair is one of the top insecurities for men—they’re always a little self conscious over it and try to cover it up any way they know how. Wear hats, bandanas, use some Rogaine, get a hair transplant, you know the deal.

But our top favorite hair-receding solution? What the Prince William admirably did, who proved that stereotype wrong.

The Duke was recently seen speaking with military veterans when he launched a new campaign to help veterans find work in the National Health Service (NHS)—commendable in itself, but it was his new look that stunned us all.

His hair seems to be shaved on the top of and significantly shorter on the sides. That’s right, instead of trying to fix it or go back in time, Prince William decided to embrace his baldness.

We think there’s something truly confident about that. He may not have a full head of hair, but he sure had a full heart.