A Family in the UK Is Offering to Pay a Part-Time Nanny $53,000 a Year to Dress Like a Princess Every Day

When asked what you wanted to be when you grew up when you were a kid, did “a princess” ever leave your mouth?

That was certainly my dream job, but in an effort to not disappoint me when I found out I couldn’t do that when I was older, my mom used to tell me that princesses don’t make very much money.

Well, Mom was wrong about both things: You CAN be a princess, and they DO make a lot of money. Well, at least if you work for one family that’s making headlines.

The British parents posted an ad to Childcare.co.uk, the UK’s largest online platform to find childcare, looking a nanny to work part time during the week to look after their twin girls. And they have one pretty large request: They must permanently be in character as a Disney princess.

That means dressing and acting just like the part of any Disney princess. The salary doesn’t disappoint, with the family offering £40,000 ($53,000) for working part time. On top of that, the family has offered to cover all the expenses of the costumes for this nanny to wear every day.

In addition to being in character all the time, the role requires the nanny to pick the two girls up from school four days a week, organizing and leading Disney-related activities (e.g., arts and crafts, baking, singing, cooking dinner) and occasionally putting them to bed (we’re thinking a Disney lullaby is recommended but not required). 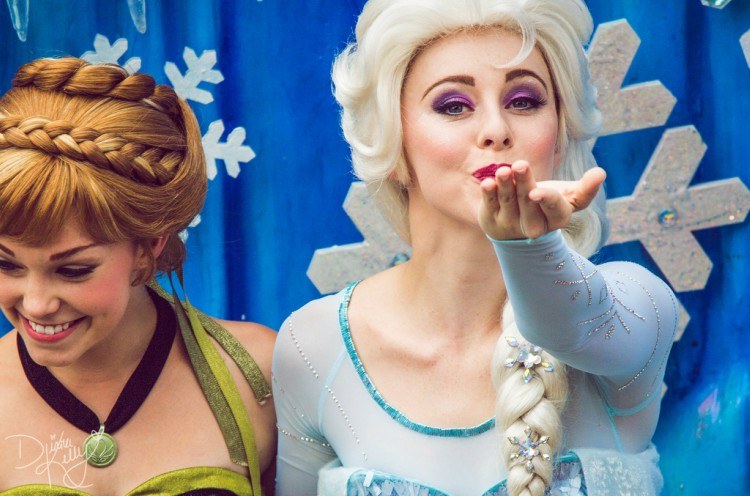 Don’t worry; the parents aren’t doing this for the girls to feel entitled. It’s not the idea that the girls can have a more higher-end playtime than their friends or brag to others they get to hang out with a Disney princess. It’s to be a role model for them and teach them something.

“Like most 5-year-olds, our girls are obsessed with Disney and we feel this would be the best way to communicate some important values,” the ad states. “We know this isn’t a normal request for nannies, however we think it would be a great way to teach our girls about things like determination, compassion, fearlessness, and ambition from strong yet relatable female role models like Princess Tiana, Princess Anna, Belle, and Cinderella.

While the nanny needs to be in princess character, they also need to be able to discipline the girls if they’re acting out.

“We are looking for someone who can commit to a character and create a really fun atmosphere in our home,” the ad says, “but also won’t be afraid to be a disciplinarian if the twins are naughty or act out — they can be little terrors at times!”

But mainly this person needs to really be committed to the role and not be afraid to go outside the box with it. “The right person will have a real creative flare as well as a passion for all things Disney and will be able to share that love of those characters with our girls,” it says.

We can only imagine how many applicants there are for this job! Heck, we might go apply right now…

What do you think for this unusual ad? Do you like the idea of a Disney princess nanny or aren’t a fan?