Making Your Bed Could Be Making You Sick!

When I was a kid the one thing that I fought with my parents about was making my bed. In most respects I was tidy as could be, but I just hated the idea of getting up and doing a chore in the morning. To be honest, I never outgrew this, and I’m sure many of you out there haven’t either. If so, good news for you: skipping this may just be saving you from a creepy situation. 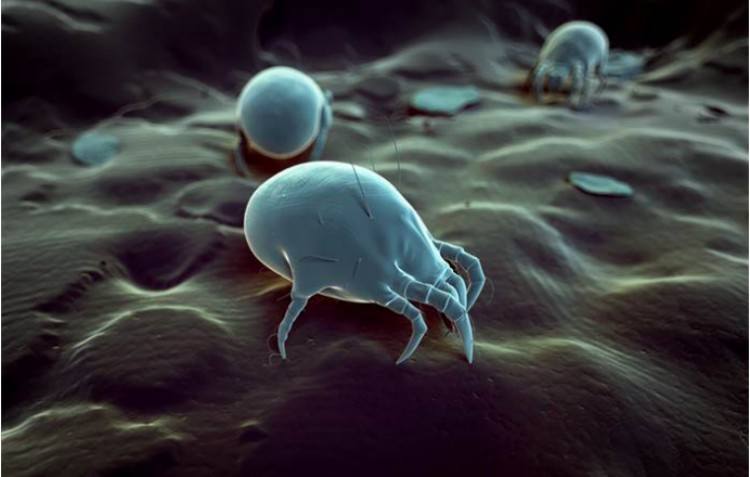 Shutterstock
Yup, those are exactly what you think they are: DUST MITES.

And according to a Kingston University study, the average bed could be home to approximately 1.5 million of these little suckers. Not exactly the type of animal you want crawling around your bedroom, right?

Here are some fun – i.e. disgusting! – facts about these little guys.

Now that you are all properly grossed out, I’ll tell you how not making your bed can stop the spread of these heinous creatures.

That same Kingston University study found that the dust mites thrived in environments where there was moisture present. The idea is that if you vacate your bed in the morning after a night of sleep, and immediately tuck in the sheets and seal it all up with a heavy comforter, then you are essentially trapping moisture into the bedding.

Researcher Dr. Stephen Pretlove concluded that “Something as simple as leaving a bed unmade during the day can remove moisture from the sheets and mattress so the mites will dehydrate and eventually die.”

Not so fast. There is a definite downside to Pretlove’s theory. For one, experts dispute whether this method would actually get rid of the dust mites in the first place. Secondly, not making your bed may just make you not want to leave your bed.

Here’s the deal: according to Psychology Today, not following a bed-making routine in the morning has been revealed to cause a state of discontent. Of the participants polled, 71 percent of people who make their bed every morning consider themselves to be happy, while only 62 percent of those who don’t make their beds think of themselves as unhappy. 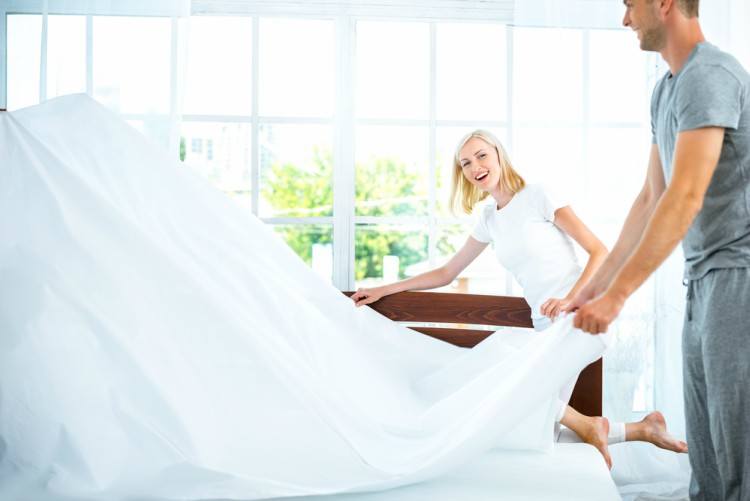 dima_sidelnikov
It definitely makes sense! There seems to be a strong correlation between confidence and keeping a nice home.

So, now that we’ve left you with a paradoxical issue, here is a bit of advice: wash those sheets! Washing them once a week at high heat will help keep the bugs at bay. Additionally, using a dehumidifier, vacuuming consistently, and using commercial dust mite killing products, when needed, have all been proven to be effective methods.

Watch TODAY‘s video below to see just how polarizing this issue can be!

Do you have any home remedies for keeping dust mites out of your bed? How often do you wash your sheets? Do you have any other good arguments against making your bed? Tell us all about your thoughts and experiences in the comments section below!
Share on Facebook
Most Popular