If you’re about to start a family with your first child, there’s a lot to be excited for—like, you know, that whole unconditional love thing. But you may be worried about some of the new challenges to come.

According to new research published in the journal Sleep, it turns out that moms (and some dads as well) may suffer from sleep deprivation for up to six years after the birth of their first child.

Just to put that in perspective, it might be until your child is in first grade that you won’t be perpetually exhausted anymore.

While moms everywhere are probably like, “well, obviously,” the study authors were a little stumped by this research—mostly because they figured that sleep deprivation was just something that occurred during the newborn stage, not for six whole years after.

“We didn’t expect to find that, but we believe that there are certainly many changes in the responsibilities you have,” said Sakari Lemola, Ph.D., co-author of the research from the University of Warwick.

He explained that while the crying-throughout-the-night stage may end once the child isn’t a newborn anymore, there are other factors that may be causing this conclusion, like children waking up sick, having nightmares, or that the parents may just be worried when they’re child is young and affecting their sleep. 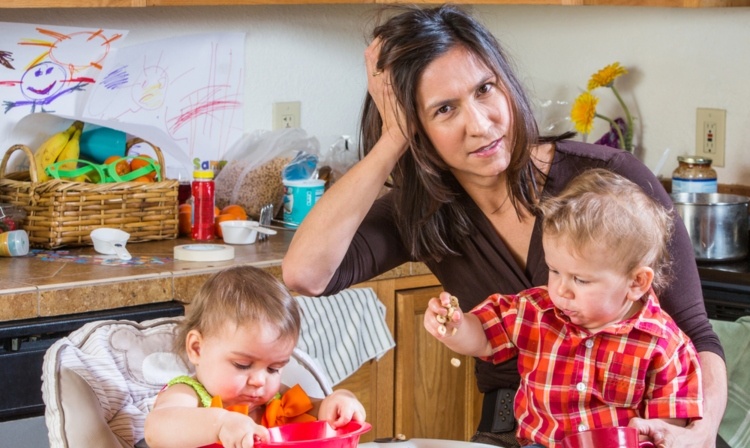 Additionally, the study found that in the first three months of the infant’s life, mothers had an average of one hour of sleep missed per night. Fathers, on the other hand, were deprived of only about 15 minutes of sleep, but the study says this is probably because of women who nurse at nighttime.

The study followed nearly 5,000 parents who live all different kinds of lifestyles—all ages, various household incomes, single and married couples, etc. And it still came to the same conclusion for all.

So does that mean you’re totally screwed until your child is six? Nah. There’s a few things you can do to try to get some shut-eye.

“Sleep deprivation can be physically and emotionally draining. Try not to worry about non-essential jobs around the house and accept help from family and friends when it’s offered,” said Cathy Finlay, an antenatal teacher with the National Childbirth Trust.

She also suggest trying to take a nap when your child naps, or tag-teaming with your spouse where one does the evening shift while the other, perhaps more rested one can take on the night shift.

“The sleep disruption can be difficult and exhausting, but bear in mind it won’t last forever,” she adds.

Well thank goodness for that!

To hear more of the details of the results of this study, check out the video below.


What do you think of the results of this study? Did you already figure this was true, or are you surprised that sleep deprivation can last for six years after having a child?