Let’s face it—it’s never easy being part of a losing team, no matter how high or low the stakes may be. Although, we would love to boast that we don’t know what it feels like to lose, let’s just say that we’re definitely THOSE folks who manage to lose at everything, from our childhood softball games to our college games of beer bong to those silent auctions at our kid’s school.

Yep, it sure isn’t fun losing, but over the years we’ve learned that there is a real art to losing—and it all has to do with being humble and gracious towards your teammates and competitors. It’s called good, old-fashioned sportsmanship, folks, and we’re happy to report that we’re not the only ones who still believe in the practice.

For instance, just earlier this week when Japan suffered a seriously painful blow against Belgium in a knock-out round of the World Cup, they put their famously polite and diplomatic culture on display by bowing to their opponents—and doing one other completely unexpected, and utterly sweet, deed.

But, before we get too ahead of ourselves, let’s talk about the match… 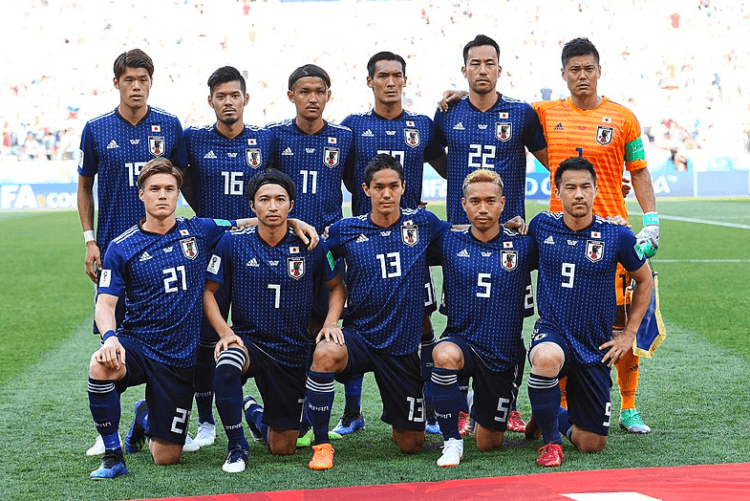 For soccer fans, it doesn’t get much more exciting than what went down during the June 2nd World Cup match between Japan and Belgium. From the moment the players took to the field, the Asian team was pretty much killing it. In fact, at the 25-minute mark, they had racked up two very impressive goals while their competition was still sporting a disappointing “0” on the scoreboard.

While true soccer fans are savvy enough to “never say never” during matches like this, it’s hard to deny that things were looking very bright for Japan and that the country’s advancement in the tournament was imminent.

Unfortunately,—or fortunately for Belgium, at least—the team ended up getting blindsided in the last 20 minutes of the match when their competition mustered up the strength to fight back. This resulted in an astounding three goals in the second half, a shock that Japan just couldn’t recover from.

But, while the 3-2 score was obviously crushing to the Japanese team, they didn’t allow the loss to get in the way of showing gratitude to both their competition and their host country.

As we mentioned, the Japanese team touched the hearts of spectators by bowing to the Belgium team after the loss, a move that is customary in the culture, but what people weren’t prepared for was what the team did in the locker room as they were packing up to leave.

ESPN FC posted the picture at the top of this article, which shows that the national team left their dressing room absolutely SPOTLESS. And, to sweeten the deal even more, they left a sweet thank-you note in Russian to show appreciation to their hosts.

Now, if that isn’t an example of sportsmanship at its finest, we don’t know what is. Thanks, Japan, for being class acts!

We’d love to hear your take on this unexpected display of sportsmanship. Do you like Japan’s gesture? Were you surprised that Belgium beat the team? Who’s your favorite soccer team?