TipHero
Waking up can be hard to do, but one thing that makes it easier is looking forward to a cup of coffee. There really does seem to be something magical that happens after sipping a cup of Joe in the morning.

Whether you like your coffee black, cold, iced or in the form of a flavored latte, it turns out that you can sip it with a smile knowing that it’s doing more than just helping you wake up. There are multiple ways that it’s actually good for you, Newsner reports.

First things first, when you drink coffee every day, it can lower your risk of Alzheimer’s disease and dementia, according to a study published in the Journal of Alzheimer’s Disease.

And while we’re not recommending a sugar-filled coffee drink every day, drinking coffee while eating something sweet has been proven to actually make you smarter, according to a study published in the journal Human Psychopharmacology: Clinical and Experimental. This magical combination of caffeine and glucose helps you focus, improves your memory and basically makes it easier to learn. Um, we always knew there was a good reason that coffee goes so well with doughnuts and biscotti. 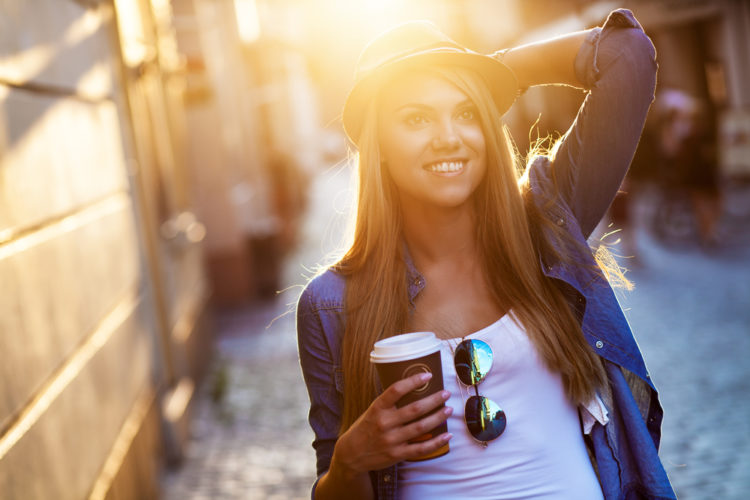 If you’re only going to drink one cup of coffee a day, it’s best to do that right before meeting someone. In an experiment conducted at the University of Colorado Boulder, participants were handed a cup of hot coffee or a cold drink before meeting someone new. The people who drank the hot coffee were much friendlier. Sounds like it’s not a bad idea to have a first date at Starbucks!

Not only does that one cup of coffee make you friendlier, but it also really, truly makes you happier. No joke. You’re not imagining it. You really aren’t as happy if you miss that morning cup of coffee. In fact, you might want to drink a second cup of coffee, because two cups of coffee a day lowers your drink of depression, found a study led by Harvard School of Public Health. Thank you, antioxidants!

Drinking coffee every day is also a great idea especially if you also drink alcohol. In fact, coffee may reduce the risk of liver disease by 70 percent, according to a recent report by Coffee and Health.

Do you drink a lot of coffee? Like, the whole pot? It’s okay. That can be beneficial, too. Drinking a lot of coffee can prevent you from getting Parkinson’s disease and lower your risk of getting diabetes. Isn’t that crazy?

How many cups of coffee do you drink every day? Did you know that drinking coffee had so many health benefits?