The health world is always evolving, and always trying to do better. But besides advanced in medicine, which, don’t get us wrong, is amazing, sometimes the simplest changes are the ones that make the biggest differences.

Case in point: Australian anesthetist Dr. Rob Hackett, who came up with a brilliant way to limit confusion during his, or anyone’s, surgical operations. He decided to write his name and occupation on his scrub cap.

The solution wasn’t met with optimism at first. In fact, he was downright teased for doing this. “There were some snide remarks, like ‘can’t you remember your name?’” Dr. Hackett said.

However, once people learned why he was doing it, it was much more accepted. And now, about a year after he first began, the trend of medical professionals writing their names and occupations on their caps has completely blown up across the entire world. Enter: The #TheatreCapChallenge. 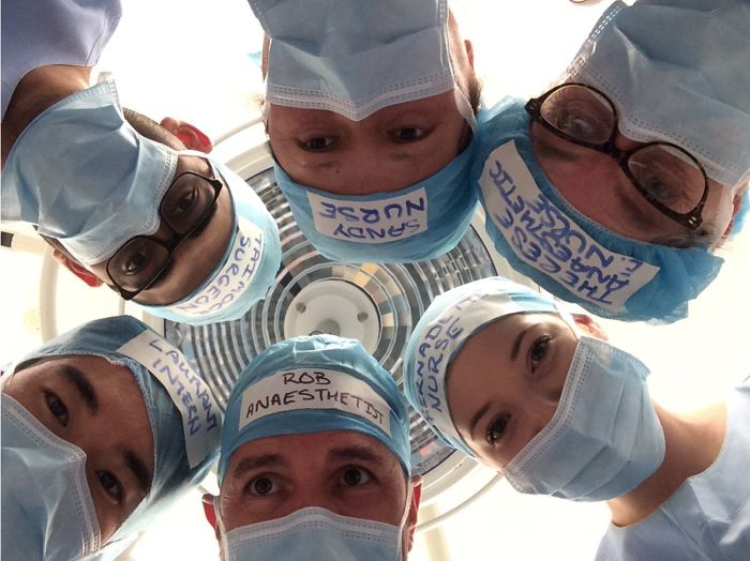 “The #TheatreCapChallenge is an initiative from the PatientSafe Network in response to concerns about how easily avoidable mistakes and poor communication are contributing to rising adverse events for our patients,” Dr. Hackett said. “It has been adopted around the world with studies from the US and UK demonstrating how this simple idea can decrease human errors in healthcare.”

There’s definitely no more teasing going on for Dr. Hackett. In fact, he’s been met with more support than ever with surgeons and other healthcare professionals taking pictures of themselves in their personalized caps, and posting them to their social media pages accompanied by the hashtag #TheatreCapChallenge.

The simple act helps to reduce delays and misidentification that happen when clinicians can’t recognize or can’t remember the names of their colleagues in the operating theatre. This happens fairly often considering everyone looks the same with their caps and matching attire on. 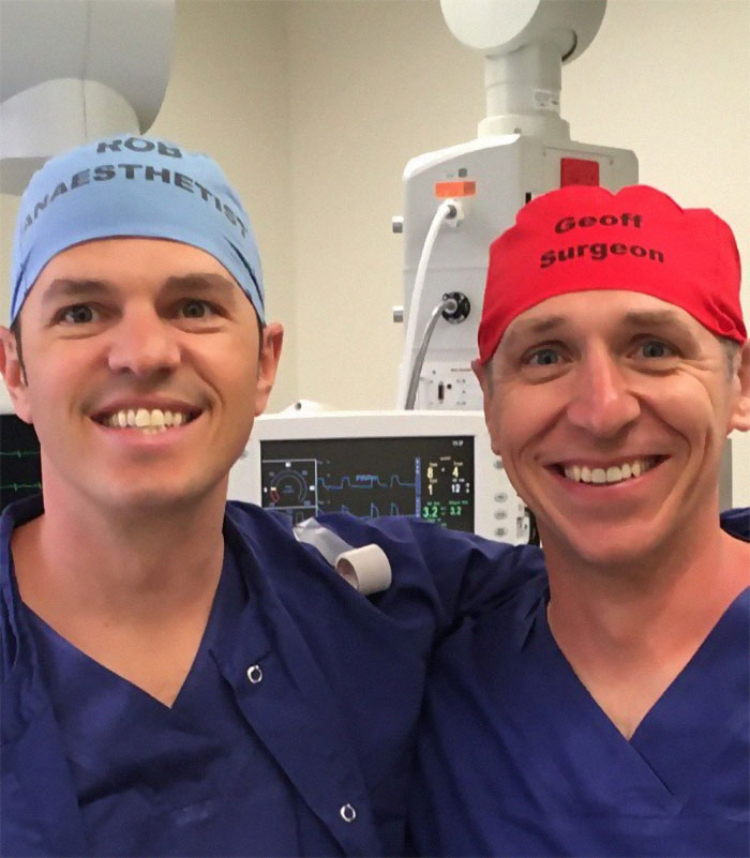 Now? The simple change makes it so much more easier to recognize who you need to get a hold of—and these mere seconds saved can be dire in life or death situations.

“It’s so much easier to coordinate when you know everyone’s names,” he said. “It’s great for camaraderie and it’s great for patients as well.”

Switching to reusable caps with surgeons’ names on them can not only save lives, but help with the environment. “A 20-theatre hospital will discard over 100,000 disposable caps every year. The caps are made from viscose—a substance whose production is particularly harmful to the environment,” Dr. Hackett said.

Plus, it can help save money for hospitals: “A hospital this size may spend somewhere in the region of $10,000 every year on disposable caps,” he explained.

Check out the hashtag #TheatreCapChallenge on Instagram and Twitter to see all the doctors around the world who’ve begun to write their names and occupation on their caps in an effort to save lives.

What do you think of the #TheatreCapChallenge? Can you see other benefits in it besides the aforementioned?