Whenever there’s a good parenting hack, moms and dads come flocking to find out what it is—as is the case with one dad, who came up with a brilliant idea to make changing diapers not only easier, but more financially savvy.

Here’s a little background about the mastermind himself, David Pike. David already had two daughters, the oldest being 18, when his wife, Denise, recently gave birth to a pair of twins. At 44 years old, they brought two new lives into the world, which is a blessing in itself, since, after already going through it with two kids prior, they had all the knowledge about to start all over.

David had also been working as a mechanic for 25 years, so naturally, he has that kind of mindset. And when he combined his job and parenting experience, he came up with an awesome changing table creation that has parents’ minds blown everywhere. 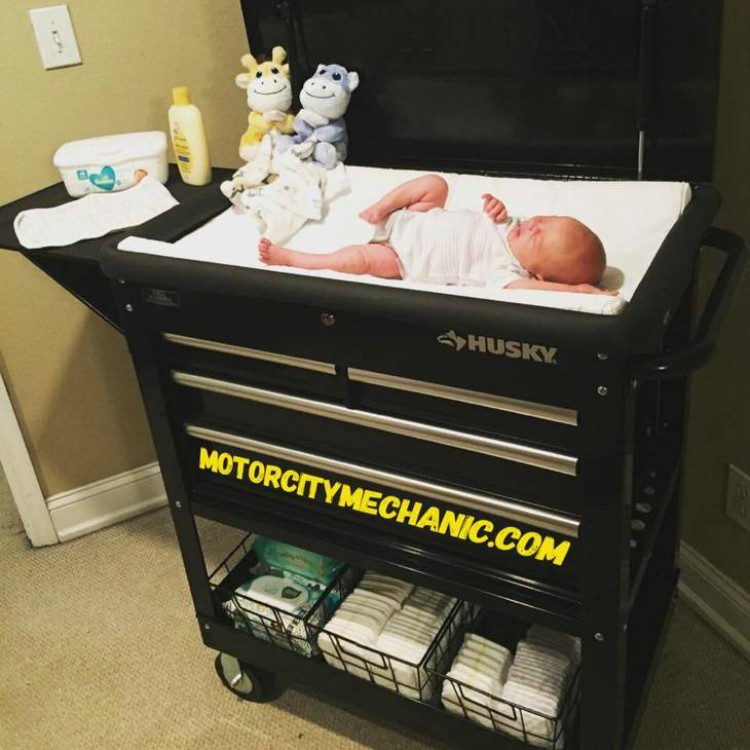 Among a million things they needed to buy for the arrival of their twins—a crib, stroller, etc.—was a changing table. David was a little weary of it though; he couldn’t really recall if he’d had one before with his older children, which means that it wasn’t a really significant item in his life. Though his wife reassured him they did, he questioned whether they really needed to buy one.

His thoughts on it were valid: “How many times will we be using this? Will it be another piece of baby furniture that we have to list on Craigslist or Facebook Market Place with the hopes to recoup pennies on the dollar?” he asked himself.

Being an outside-of-the-box thinker, David thought about how he could get more use out of buying a changing table. Finally, he determined they didn’t need one. Nope, they were having twins, but didn’t need a table to change their diapers on. 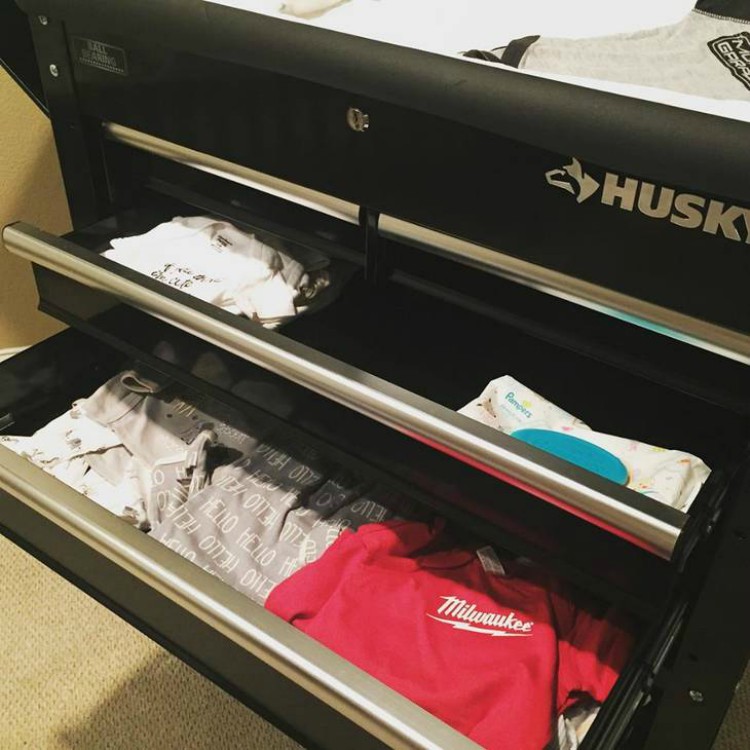 Instead? David suggested that they use a tool cart. “It’s perfect! It has drawers and shelves on the side and bottom, and the exact same size recessed top for the changing pad we had already,” he said.

David already owned a toolset, so he saved money there. Then he took a metal side shelf and some wire baskets to place on the bottom, which would be used to hold the diapers, wipes, etc. He added some foam pipe insulation for the metal lip along the top so that the baby could lay there safe and sound.

Honestly? We’ve got to give it to Dad. He created a super innovate and affordable way to repurpose something you might already have to use for a period of time that won’t last forever. In other words, he knew he wouldn’t be having any more kids, and would be stuck with a changing table one the babies were potty trained, and wanted to make sure he was being as savvy as possible. 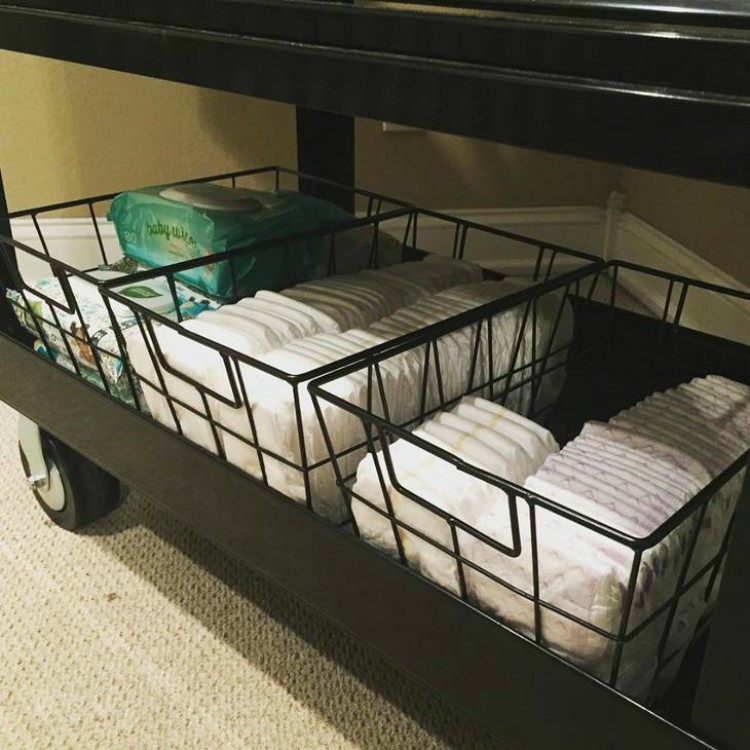 David has some advice for anyone who raises an eyebrow to some of these baby products that are marketed to think you need them: “Never be confined to what you have to buy or what’s on the market…think outside the box and experiment. You just never know what you will create and what affect it will have.”

What do you think of David’s changing table hack? Have you ever repurposed something you already owned as a baby product? Would you ever try out a tool box diaper changing table?