Whether you are a parent, a nephew or aunt, a nanny, or just a friend to a baby, you know just how frustrating it can be to get that little kiddo to sleep!

Over the years, we’ve shown you plenty of techniques that might help you relax the little one when you’re all out of options, but we’ve found that, when it comes to maintaining a bedtime at any age, consistency is the only real key to sustainability.

Let’s take the subject of infants, for instance. These precious guys and gals are ever-evolving creatures that grow and change so quickly it will make your head spin! With these changes comes a whole lot of magic, but it also means that they can be insanely unpredictable. Perhaps your six-month-old loved to be rocked to sleep for his entire life, but by the time he’s seven months, that routine just isn’t flying anymore.

Sound familiar? If so, then it’s time that you start allowing your baby to make his own moves when it comes to bedtime. Now, this doesn’t mean that he’s going to be playing until two in the morning, actually quite the opposite—he will be left alone until he falls asleep by himself. To do this, you will need to put him in his crib, give him a loving “goodnight kiss,” and close that door.

We know—easier said than done, right? Perhaps unsurprisingly, this leads many babies to, for lack of a better term, “freak the heck out,” especially if they are accustomed to nodding off next to their parents. Having said that, infant expert, author, and mommy blogger, Alexis Dubief says that this technique is the only way to go—and this isn’t just her opinion, science backs her up, too.

You see, when babies reach about the age of six to nine-months-old, most will hit a milestone that includes object permanence, the idea that they now have some sort of concept that “objects continue to exist even when one cannot see them.” Before reaching this landmark, babies maintain very much an “out of sight, out of mind” mentality—if an object has left their line of vision, it doesn’t “exist.”

So, what does object permanence have to do with placing your wide-awake baby in his crib? According to Dubief, a whole lot! Here’s what she wrote on the subject:

When they were itty bitty you could help them entirely fall asleep and sneak out with them none the wiser. Now they are literally older and wiser. They remember you were there and now you aren’t. Every time they cycle through light sleep five to eight times a night, they’re crying out saying, ‘Hey, where’d you go? Come back!’

Makes sense, right? So, while the first few—or 100!—times of leaving your baby to fall asleep on his lonesome may elicit tears from both parent and child, Dubief promises that once he falls asleep, he will actually stay asleep for longer.

He might wake up in the middle of the night because his pacifier has fallen out, but he won’t be startled because, essentially, his surroundings won’t have changed. He is still alone in his big, comfy crib, in the same exact place where he first closed his eyes.

Plenty of parents and pediatricians alike back up this bedtime routine. Maybe it’s time that you—and your little one!—embrace it, too. Sweet dreams! 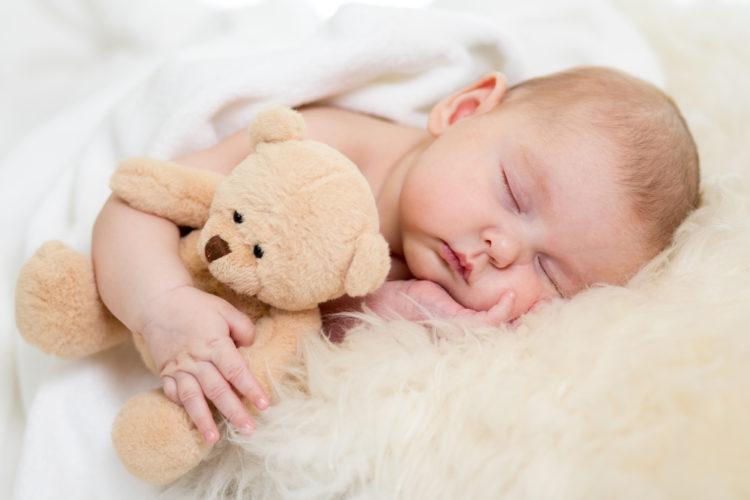 We’d love to hear your experience on infant bedtimes. Have you tried this technique before? If so, did you find it to be helpful? Do you have any other bedtime routine ideas that you would like to share?