You’ve heard it before, but we’ll say it again: Age really is just a number. One 75-year-old named Janice Lorraine has recently proved that—and we love her for it!

You probably won’t believe us, but what if we told you that the grandmother of three has been competing in body building competitions for the last 20 years? And let us tell you, she looks amazing doing it!

If you think she should quit trying to be like youngster, that’s where you’re wrong. In fact, Janice is trying to do the exact opposite of being young.

“My aim is not to rival those younger than me,” the Granville, Sydney resident said. “My aim is to show what’s possible and to motivate and encourage women of any age, to live the life they want to live and not be bound by traditional stereotypes and roles and the expectations of others.” 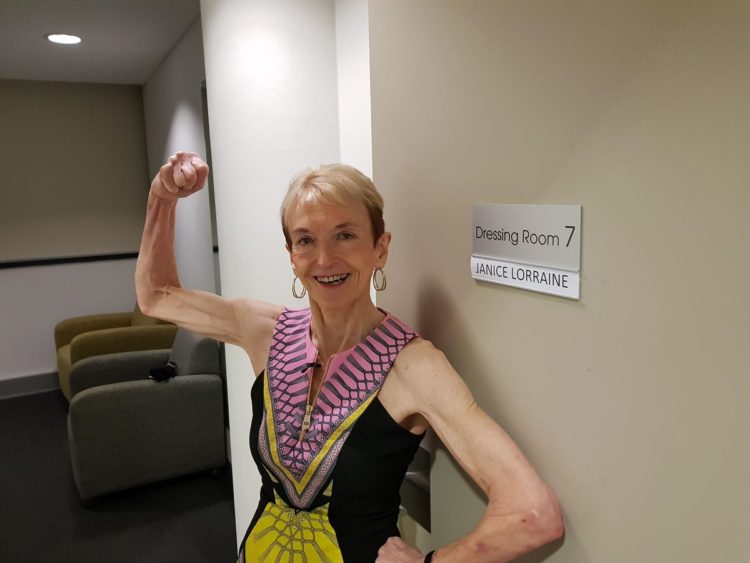 So how did she get started in such a field? After working as a psychologist for her whole career, she decided, at age 55, that there was no time like the present to accomplish what she’s always wanted to do: Body build!

Though people were hesitant to encourage her because of he age and gender, she went ahead and did it anyway. And when she went to America to compete for the first time in 1999, the audience had no idea what to think.

“I won two gold medals and the American audiences went wild to see a small woman over 50 competing. They simply had no idea that a female over 50 could be strong and in-shape and put on a bikini and compete on stage in public,” Janice said. “It was on the flight home from the USA that it occurred to me to work to update the unflattering traditional stereotypical image of the older woman.”

The accomplishments she’s achieved since then are no joke. In her time since then, she’s won 12 world titles. She has competed in the INBA World Pro-Am Championships and placed first place over 50s, 60′ and 70s at age 70. . You can see all of her national and international achievements on her website. 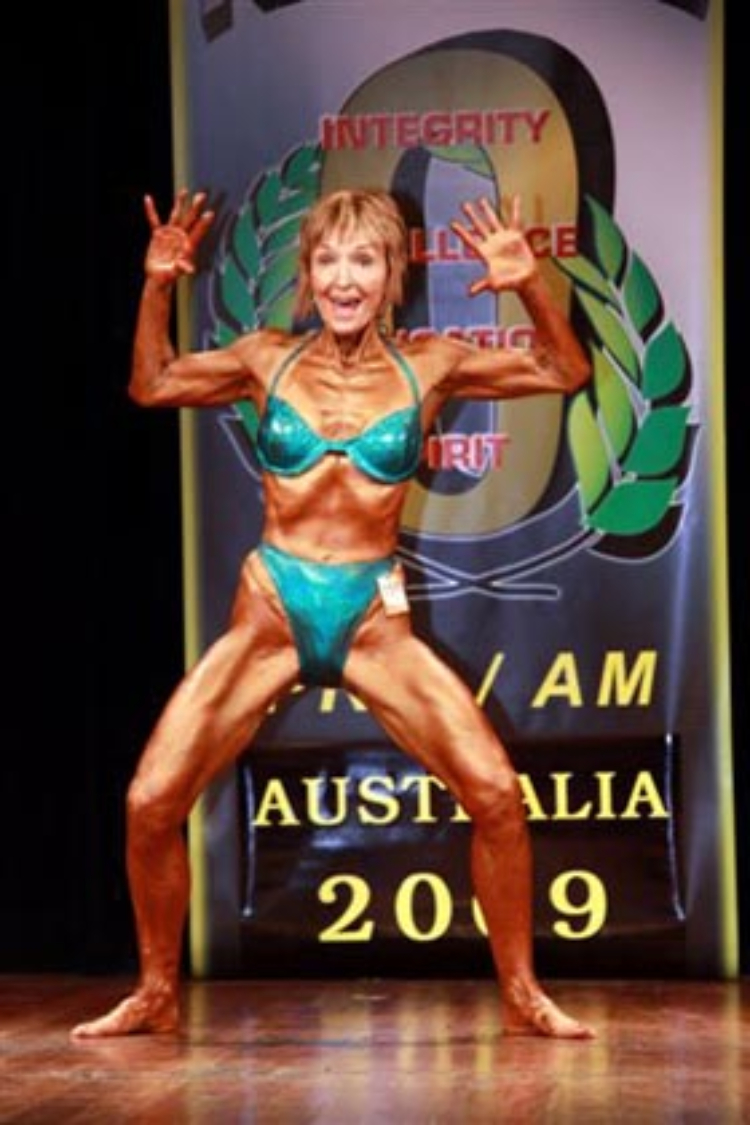 You’re probably wondering how she trains for all of these competitions. For starters, she works out seven times a week—that’s right, every single day.

On Mondays, Wednesdays, and Fridays, she focuses on training major muscle groups at the gym and on Tuesdays, Thursdays and Saturdays, she runs about five miles, and then completes several sets up regular push-ups, tricep push-ups, blackleg raises and ab exercises. Phew!

As far as what she eats, “I eat what I call natural nude food which means food without condiments or sauces,” she says. “My diet is mainly unprocessed food, mainly salads and a small piece of microwaved sweet potato.”

Of course, she does splurge every now and again since she’s a human. “I enjoy a glass of wine with my evening meal,” she says, also mentioning how she allows herself a cookie and one square of dark sugar-free chocolate each day. Yum!

“Rather than being 74 and feeling awful and embarrassed, I feel good. Head up, strong, I strut along the street,” Janice said.

More power to ya, Janice To check her out in her element, check out the video below.

What do you think of this 75-year-old body builder? Do you know anyone her age who can do what she does?