Let’s face it, cheese and crackers just don’t make for a crackin’ party. But put bacon on a cracker, and that’s an appetizer that every carnivore can get behind.

The salty-sweet-savory-spicy crunch of these bacon crackers will push all of your buttons. The name of this recipe tells it like it is. They’re basically crackers with candied bacon on top, plus a little pepper to make sure you really get hooked.

Start with any rectangular or oval butter cracker, like Townhouse, Club, or Ritz, then slap on a strip of bacon. As tempting as a nice thick piece of bacon might sound, thinner bacon actually works best for this recipe, since thick-cut bacon takes longer to crisp up and might make the crackers burn. Don’t be shy with the brown sugar–it helps to weigh down the bacon so it doesn’t curl up, and there’s no illusion that these bacon crackers are a health food anyways. 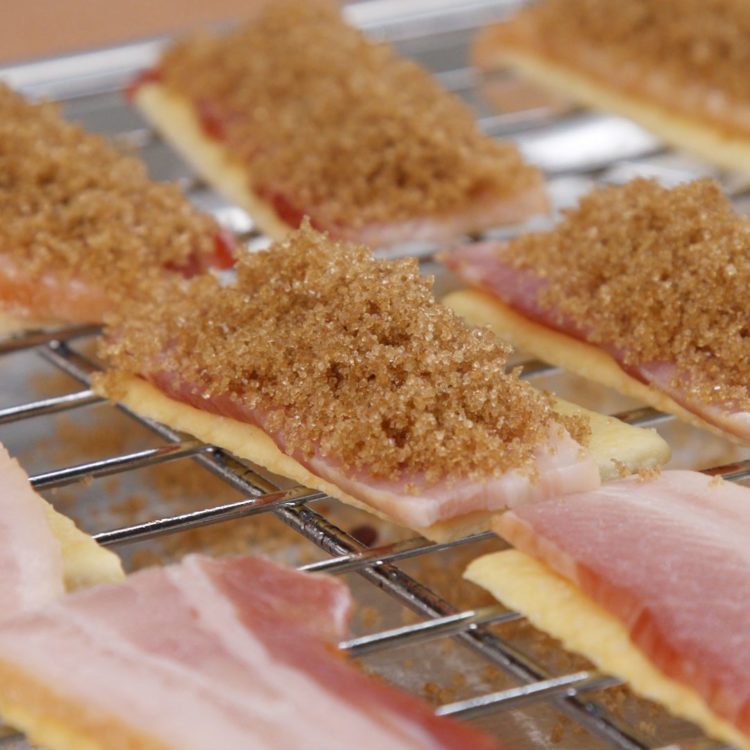 Some recipes for bacon crackers have you wrap the whole cracker in bacon. But we figured that this recipe is already so geniusly simple, why complicate it with an extra prep step? (Plus, these appetizers are so addictive that you’re going to want to make like 500 of them, and that’s a lot of bacon wrapping.)

There’s something kind of nostalgic about party bites like these (especially if you lay them out daintily on a tray like a ‘50s housewife). But at the same time, this bacon crackers recipe is so novel that it’s guaranteed to become a conversation starter–until everyone can’t talk because their mouths are stuffed with bacon crackers. These are tailgating food at its finest. But don’t wait for a gathering to make them, because they’d also be delicious with a cobb salad or soup.

Long after you bake these up in the oven, your kitchen is going to smell like you lit a maple bacon scented candle. And would you have it any other way? 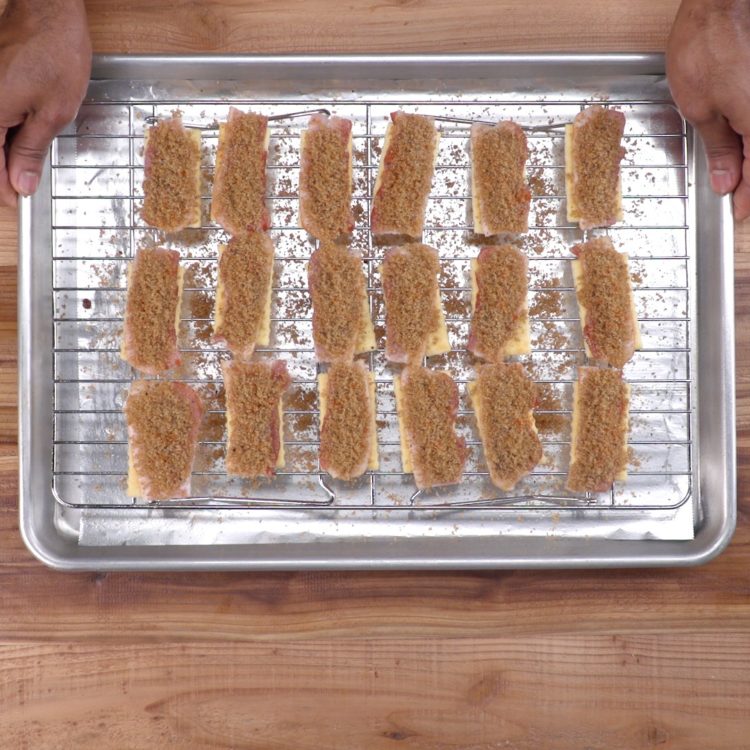 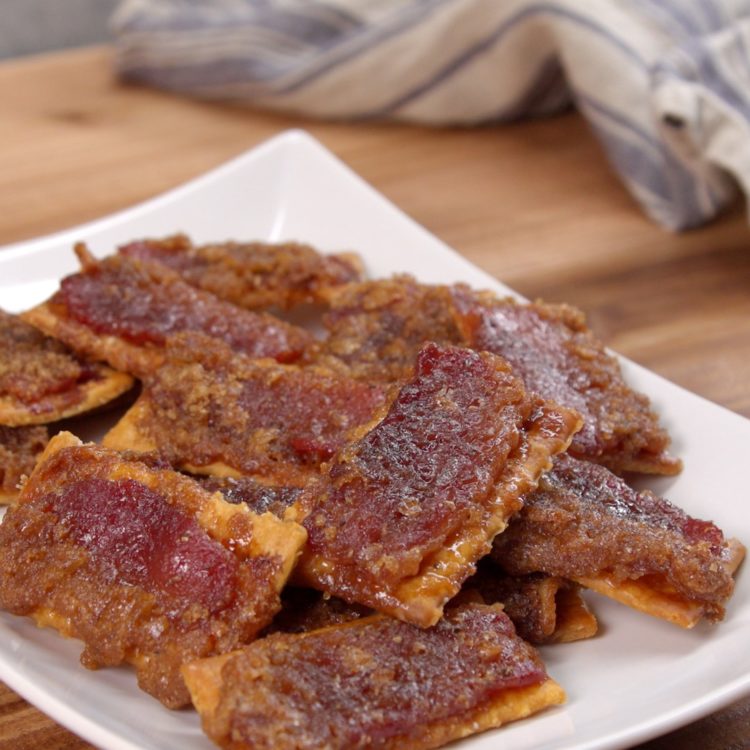 Tell us the truth, did you even need to keep reading after you saw the word bacon, or were you already convinced that you were going to make this recipe? Let us know what else you like to put bacon on.