Attractions within Universal Studios’ newest park include rides, restaurants and gift shops based on the Mario series of games, which were first launched in the 1980s. Creative forces behind the park are boasting it will offer experiences that can be found “nowhere else in the world.”

Once inside, guests will be able to purchase Power-Up bands, which can be linked to a smartphone app in order to store keys and virtual coins. This feature is sure to come in handy for visitors; the entire park is being described as an immersive game, allowing guests to compete against each other during their visit.

“It will provide the first-ever ‘Asobi’ (play) experience for our guests,” Geraghty said.

In addition to the bands, guests can score coins by acting like Mario himself, jumping up and punching question marks throughout the park. There will also be themed rides for those seeking a more physical thrill, including a Mario Kart adventure called “Koopa’s Challenge.” 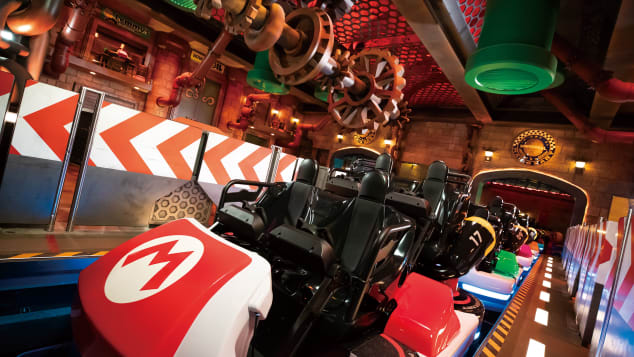 The ride will be located inside the castle of the game’s villain, Bowser, whose quarters feature iron fences and stone walls. Fans can pop on a headset and enjoy a virtual experience, complete with special effects and projection mapping to help them feel like they’re living inside the game.

“Guests will race through the Mushroom Kingdom, steering their way around the track, throwing shells at Koopa Lane, racing alongside Mario, Luigi and Princess Peach,” Geraghty said. 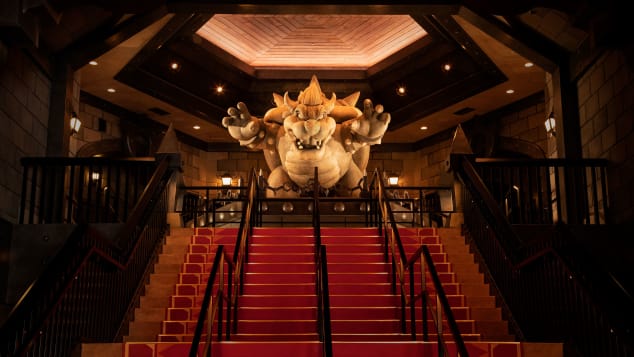 Other attractions, such as Yoshi’s Adventure and Princess Peach’s Castle, were also revealed during the press conference.

The project is the brainchild of the Universal Creative and the Nintendo Creative team, led by Shigeru Miyamoto, who is the creator of Mario and representative director of Nintendo. Its original opening was scheduled for 2020, but was delayed due to the pandemic.

Super Nintendo World seems like the ultimate destination for Mario lovers, and my 6-year-old is already begging for a ticket to Japan. Do you think they’ve succeeded in bringing the renowned virtual world to life? Let us know if you’ll be adding this location to your list of places to visit once you start traveling again!