The Real Reason Why Some People Hate Cilantro

Cilantro is one of those seasonings that people either love or hate. There doesn’t seem to be a middle ground; you either put it on everything or you can’t even stand the smell of the leafy plant. Have you ever wondered why some people have such a random, strong aversion to the seasoning? It’s not just them being picky, there’s actually a biological reason that some people dislike this popular herb.

If you’re unsure what cilantro is (maybe you can’t put the seasoning to the name), cilantro is the little, green leafy part of the coriander plant. Both the leafy part and the actual plant can be used as seasonings. It is most commonly used in Spanish, Southwestern, and Caribbean meat dishes and pairs well with steak and chicken, fruit salads and is even used in dressings.

So if it’s a traditional taco seasoning, how could some people hate it? Who doesn’t like tacos?! Well, as it turns out, some people just can’t help it. 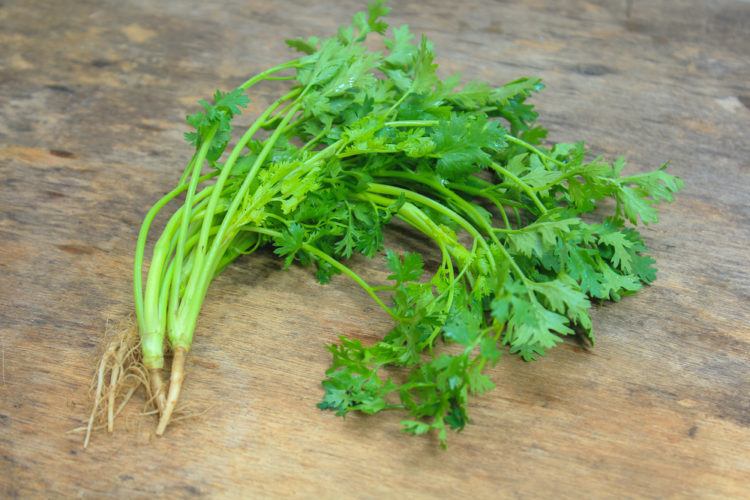 Why Do People Hate Cilantro?

As it turns out, there is a biological reason that some individuals can’t stand the taste of cilantro.

A study performed at the National Twin Day Festival in Ohio in the early 2000’s found that 80 percent of identical twins tested shared their like or dislike for the herb. However, only 50 percent of fraternal twins shared the same tastes. After seeing the results of this study, genetics firm 23andMe decided to take a closer look at what was going on.

The firm asked 30,000 people if they like cilantro or not and what it tasted like to them, they analyzed each subject’s genomes.

The study showed similarities in a group of smell receptor genes that detect the smell of soap in the subjects who said that cilantro made salsa taste like bubble bath. This group of people also tended to share one particular gene, OR6A2, which picks up the scent of aldehyde chemicals.

What are Aldehyde Chemicals?

They are organic molecules that contain a carbon bonded to a hydrogen and double bonded oxygen, and there are several differnt varieties of this chemical. Different aldehydes have a distinctive smell, including cilantro.

In the case of cilantro, there is more than one aldehyde causing the distinctive smell; one that happens to be a byproduct of soap making as well.

Coincidence? We think not.

The OR6A2 gene isn’t the only one contributing to the distaste of cilantro. Scientists believe there are a few more, but for now, we know that this gene plays a part in why cilantro tastes like soap to some people.

So the next time you hear someone complain about the taste of cilantro, don’t jump to conclusions! It might not be that they’re too snooty for your seasonings, they may have a biologically coded distaste for it. And there’s not much you can do about your biological code.

What do you think about this interesting study? Does this explain why you or someone you know can’t stand cilantro? Share your thoughts in the comments section below.