You’ve probably seen this photo before. It’s a photo of two black men—John Carlos and Tommie Smith—taken on the day they won medals for the 200 meters at the 1968 Summer Olympics in Mexico City.

It was a monumental day in history. The two black men with their fists triumphantly pumped in the air represents a step forward for African American civil rights (1968 was the year that Martin Luther King and Bobby Kennedy were both assassinated).

That’s probably why many people ignore the other man in this photo. That white man? His name is Peter Norman. Standing at just 5’6 tall, he was a semi unknown Australian athlete who set forth in the 200 meters finals after having run an amazing 20.22 in the semi-finals. Smith came in at 20.14 and Carlos at 20.12. 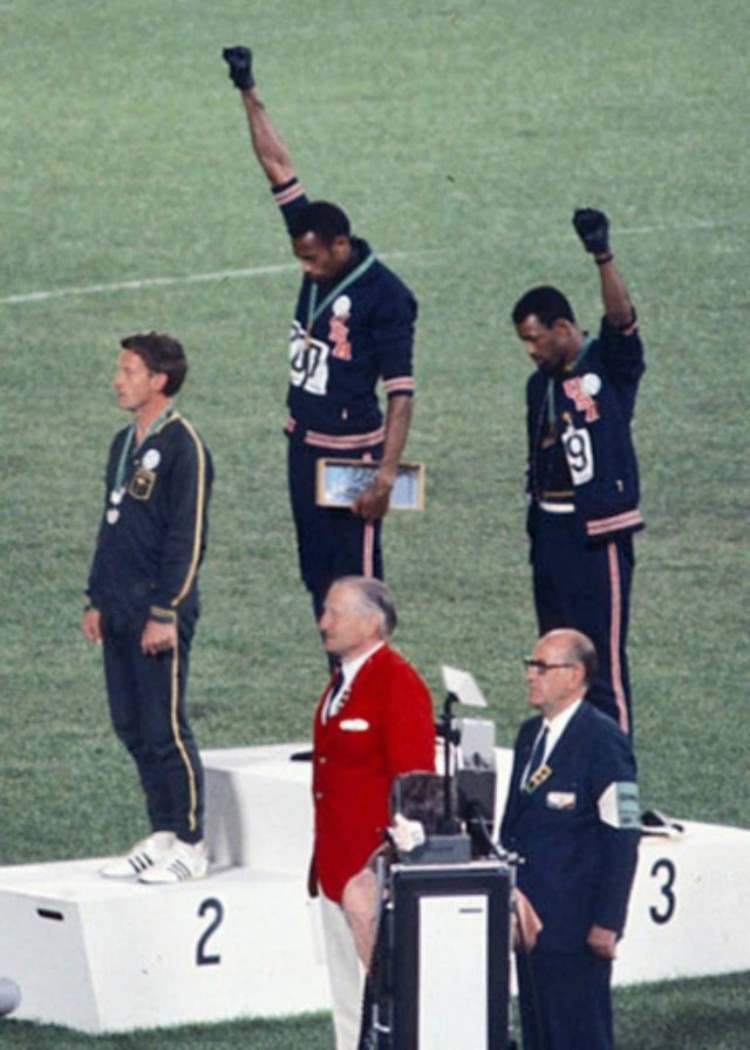 When the finals came, Norman came in at 20.06, which was his best performance of all time, and actually still stands as an Australian record, a whopping 47 years later.

When people noticed he was wearing a badge that read, “Olympic Project for Human Rights,” an organization set up opposed to racism in sport, it caused an outrage and ended his career.

“As soon as he got home he was hated,” explains his nephew Matthew Norman. “A lot of people in America didn’t realize that Peter had a much bigger role to play. He was fifth (fastest) in the world, and his run is still a Commonwealth record today. And yet he didn’t go to Munich (1972 Olympics) because he played up. He would have won a gold. He suffered to the day he died.”

So though he was the top sprinter in Australia in history, he was denied an invitation to the Olympics in Sydney. And when he died of a heart attack in 2006, his country still never apologized for how he was treated. At his funeral, Smith and Carlos made sure to recognize him as a hero.

“Peter was a lone soldier. He consciously chose to be a sacrificial lamb in the name of human rights. There’s no one more than him that Australia should honor, recognize and appreciate” John Carlos said.

“He paid the price with his choice,” explained Tommie Smith, “It wasn’t just a simple gesture to help us, it was HIS fight. He was a white man, a white Australian man among two men of color, standing up in the moment of victory, all in the name of the same thing.”

To learn more about Norman’s background and this photo, check out this essay by Riccardo Gazzaniga.

Did you ever wonder about the story behind the white man in this photo?