Have you ever left towels in the washing machine overnight (or even worse, for a couple of days) after you’ve washed them? It’s okay, we’ve all done it before. If you have, then you know that when you go to remove them, they’ll have a pretty gross mildew smell. And even after you dry them with nice-smelling dryer sheets, that mildewy smell still lingers. This is one of the toughest smells to get out of fabric and unfortunately, it’s also one of nastiest smells you can have lingering around your bathroom – it’s actually the smell of bacteria breeding, which is just gross to think about.

Well, there is a solution to nix that moldy smell, and it goes above and beyond just throwing the towels in for another load; it actually deep-cleans your towels and kills odors at the source. The next time you’re stuck with mildewy towels, try out this easy trick and eliminate those yucky odors for good.

This trick only requires vinegar and baking soda, which you probably have lying around your house right now! If not, we highly suggest making this $2 investment at the Dollar Store. Your smelly towels will thank you for it. 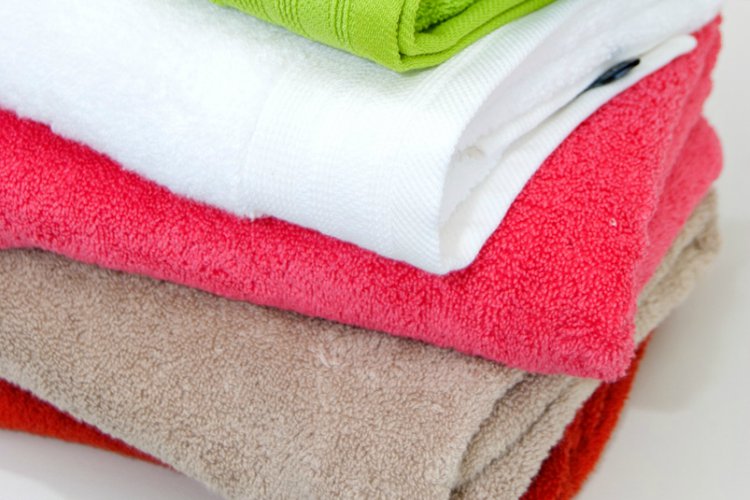 Brett Blignaut via Flickr
Vinegar and baking soda are basically a smell-fighting dream team. On their own, both products don’t just mask odors, they actually eat away at bacteria and banish odors for good. But together? Together they make a chemical reaction (you remember those science class volcanoes, don’t you?) that will go deep into the fibers of your towel and really bust up those tough smells.

Plus, his combination works to break up fabric softener and detergent build ups. These build ups in the fabric of your towels not only attract and host bacteria, but it essentially makes your towels “water proof.” And when you’re trying to wash something that’s water proof…you probably can’t wash it too thoroughly. Unless, of course, you use this intense DIY cleaner.

Want to spoil yourself? Save on brand new towels here!

For some more excellent tips for keeping your towels fresh-smelling, make sure you check out One Good Thing by Jillee’s post.