We all know that cigarettes are bad for our health, but the American Academy of Pediatrics (AAP) and the American Heart Association (AHA) don’t think we currently grasp just how bad sugary drinks are for our health. It isn’t like they’re saying that sugar in and of itself is bad, but they recommend that we (particularly our children) limit our daily consumption of added sugar to 10% of our caloric intake.

Let’s step back and define exactly what the AAP and AHA consider to be a sugary drink. Yes, soda with added sugar counts, but that’s not the only type of drink they’re talking about. They’re talking about any sugar-sweetened beverage including fruit drinks, energy drinks and coffee drinks. What they’re not talking about are diet drinks, flavored milk and 100% fruit juice.

Now that we have that clear, let’s understand why exactly the AAP and AHA are so worried about sugary drinks and their effects on our children. In a recent joint statement, they stated,

Excess consumption of added sugars, especially from sugary drinks, contributes to the high prevalence of childhood and adolescent obesity especially among children and adolescents who are socioeconomically vulnerable. It also increases the risk for dental decay, cardiovascular disease, hypertension, dyslipidemia, insulin resistance, type 2 diabetes mellitus, fatty liver disease, and all-cause mortality. The 2015–2020 Dietary Guidelines for Americans recommend that added sugars contribute less than 10% of total calories consumed, yet US children and adolescents report consuming 17% of their calories from added sugars, nearly half of which are from sugary drinks.

The AAP and AHA point to marketing as a huge reason that Americans, and particularly kids, are currently drinking so many sugar-sweetened beverages. “In 2009, carbonated beverage companies reported $395 million in youth-directed expenditures, approximately 97% of which were directed at teenagers.” 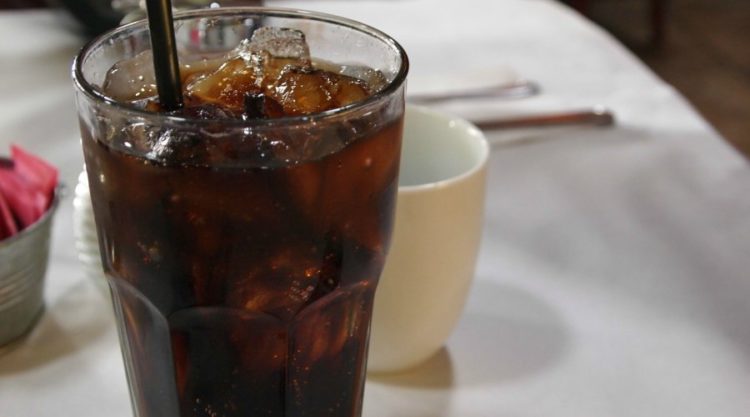 The question is, what would actually motivate Americans to stop drinking so many sugary drinks? For starters, the AAP wants pediatricians to do a better job “in the early identification, prevention, and treatment of obesity.” They also want pediatricians to get involved in schools and fight for healthier food and beverage options.

Next, the AAP and AHA believe that the price for sugary drinks should be increased. They say that increasing the price of tobacco and alcohol has been effective at reducing consumption, so it should also work for sugary drinks. This doesn’t mean more money for the beverage companies. Instead, they’re suggesting that the government have some sort of sugary-drink tax. Their statement reads,

In the case of sugary drinks, a systematic review revealed that each 10% increase in price, such as a tax, reduced sugary drink consumption by 7%. The World Health Organization suggests that a higher tax of 20% would most likely have the greatest effect on reducing consumption.

If the United States added a sugary drink tax, they won’t be the first country to do so. Chile added such a tax while simultaneously lowering the tax on beverages that didn’t have added sugar. This resulted in a 21% reduction in sugary drink purchases.

The AAP and AHA also suggest adding warning labels on the front of sugar-sweetened beverages. Studies have shown that when a warning label is added to a beverage, children and their parents are less likely to purchase it.

Do you think a sugary-drink tax would cause you to cut down on your consumption of sugar-sweetened beverages like soda? Do you think there should be warning labels on these types of beverages?