Top 10 States Ranked By How Miserable Their Winters Are

Wintertime is a tough season for many of us, especially those of us who dread all things cold and snowy. Even in traditionally toasty states, temperatures tend to drop to lower-than-before numbers during this season of cold — places that might usually be 80 °F are suffering through 50 °F weather.

But before you go bellyaching about the nasty winter weather in your area, here’s a little reality check. Thrillist ranked the states that experience the worst winters in the United States, officially giving them the right to whine and moan from December to February, no questions asked.

For the rest of us? We’ll have to check out the conditions in these ten states before we can complain about last night’s snow dusting. Hey, we might even change our tune about our local weather a little. (Probably not, but it’s worth a shot.) 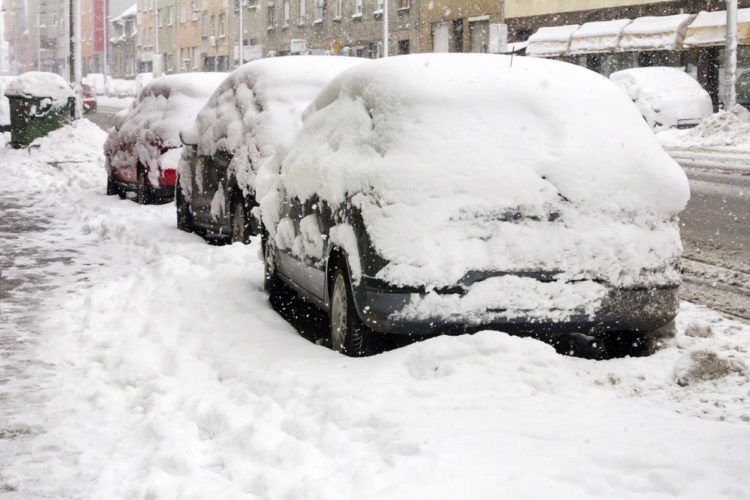 A New England state was DEFINITELY going to be on this list, and here we are, starting things off. The weather in New England is infamously fickle, changing on a dime and often dragging winter along well into the spring.

Random April snow showers? They’re a thing and trust me, as a Massachusetts resident, they make you want to cry.

During a Massachusetts winter, you can basically have it one of two ways. You can live in Western or Central Mass and experience ALL OF THE SNOW with varying temperatures (yesterday it was in the 50’s in Central Mass, today it is 2 degrees outside) or you can live in Eastern Mass and get a little less snow but periods of serious deep freeze.

The options aren’t fun, but at least you have plenty on time to watch Celtics and Patriots games to your heart’s content.

Winters in Montana are definitely different depending on where you live in the state. See, there’s this little thing called the Continental Divide which is the mountainous, hydrological divide of the Americas. This basically means that this divide of mountains prevents cold air masses from crossing over; this makes some parts of Montana glorious during the winter (50’s, generally speaking) and others a literal frozen tundra.

We’re talking ten below with wind chill and snow covering your car, kind of tundra. 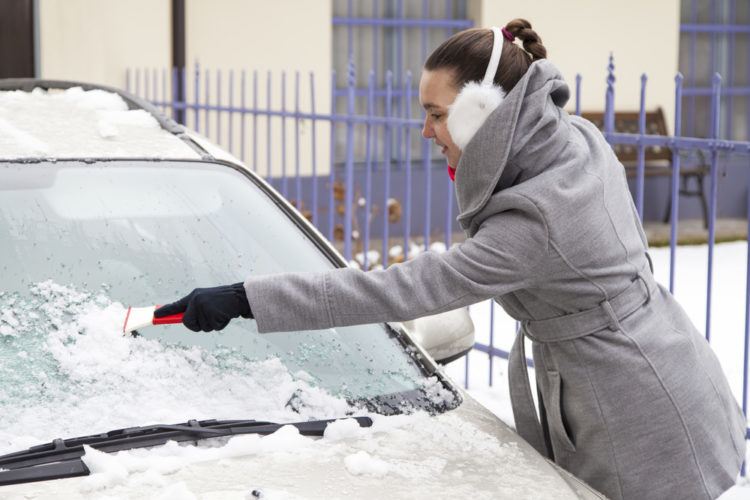 Similarly, winters in Idaho are all about where you live. Either way, you’re getting a heavy snowfall and some chilly temperatures, but living north or south can determine just how frozen you’ll be for four or so months.

The long, top most part of Idaho is called “the chimney.” If you look at a map of the United States and you take a good look at said chimney, you’ll see it’s practically part of Canada. Which means those Canadian winters don’t have to travel too far.

And no parts of the state feel the artic chill worse than the mountain towns of Idaho. For instance, the town of Stanley has an average of 292 days per year below freezing, and currently holds th U.S. record low of -54°F. Idahoians really aren’t afraid of the cold.

But if you live in the southern part of the state, your snow is more of a sport than anything. Sun Valley in Idaho provides some of the best skiing in the Western part of the country, and rich California patrons will usually flock the snowy hills each winter, staying far away from anything close to the state’s chimney portion.

The people of Wisconsin are infamously kind but tough. We think their intense winter weather might have something to do with that.

From December into March, Wisconsin temperatures are pretty darn cold. Again, they vary from which part of the state you live in, but the general consensus is: freezing cold. The average annual snowfall in Wisconsin can be as high as 167.5 inches, which just puts Idaho’s record to shame.

And still, despite the consistent below freezing temps that just knock the wind out of you and the literal feet of snow, people still put on a million layers to tailgate at Packers games. That is commitment.

Those snowfalls just keep topping each other, don’t they?

The average temperature during winter is about 25 °F. This might seem like a cold temp to suffer through for months, BUT this is four degrees higher than North Dakota, so there’s that! If you like warmer weather, and you had to pick a Dakota, now you know. You’ll get four whole degrees.

New England strikes again. This time with a much chillier vengeance. Living in Massachusetts, you still love to complain about the tough winters, but whenever someone brings up the weather in Maine (a few states north of us), it’s like we all hang our heads in silence.

Maine winters are notoriously brutal, with snow up to your ears. Literally. The average snowfall in the Norther interior, closest to Canada, is about 110 inches. And these winters are LONG, typically starting in November or even October and not stopping until April, some years.

But the funny thing is, most people I know in Maine LOVE this weather. I guess you have to if you’re going to live there, but they truly love the idea of skiing and snowboarding for months on end. They really just have a great attitude about their semi-permanent deep freeze. 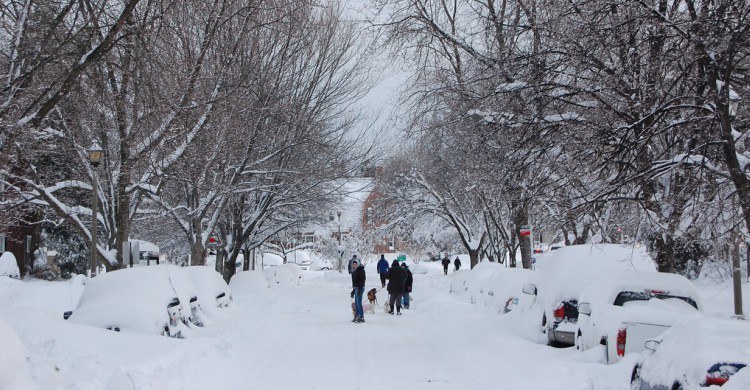 Ah, here we are. The chillier of the two Dakotas. I can’t help but wonder if these two states are always in competition with one another, and if so, is it a good thing or a bad thing North beat out South for the coldest winter temps? I guess we’ll never really understand the feud. (I probably just made this feud up, tbh.)

Like South Dakota, North Dakota gets extremely dry and hot in the summer, up to 121 °F. That temperature can flip the other way, too, reaching – 5 °F many days. The average however, is a cool 21 °F. Still below freezing, but not quite as bad as those occasional deep freezes.

One last thing to consider when picturing the brutality of these North Dakota winters, this is the state of Fargo; i.e. the city and also the terrifying movie/TV show where people are stalked through the frozen tundra of the state.

I’m just gonna leave that there.

No, duh. If we all think of one thing when we imagine Alaska it’s without a doubt snow, snow, and more snow. This classically frozen state doesn’t just experience shorter days and bad boughs of cold weather — the residents of this state deal with 67 straight days of no sunlight and temperatures that average – 20 °F in some places.

Living in Alaska is a completely different lifestyle than probably any other state on this list; it’s a complete immersion with nature and a good bit of isolation, too. It’s a rugged lifestyle only meant for people who WANT to live this way. So before you go judging their state, consider that a lot of Alaskan natives love where they live.

Why, we’re not personally sure, but you know, good on them.

So if you can beat Alaska on this list, something is seriously wrong. This might be for a few different reasons: maybe it’s that the average wintertime temp in Michigan is approximately 17 °F or that the average snowfall can reach up to 202 inches in some parts of the state.

But we think Michigan is probably #2 on this horrendous list because of how dang long their winters are. In Michigan, you kind of skip fall almost, because winter starts long before Thanksgiving. And when does it end, you ask? The short answer is never, but the longer answer is usually in the weeks following Easter.

That could be March…that could be April. What kind of a sick game is the weather playing with the people of Michigan?

And, finally, the winner of our most miserable winters list: Minnesota. To have topped all the horror stories following it, you must be thinking Minnesota has it pretty rough. We’re not going to disagree with you, these winters are some of the most brutal we’ve ever heard of.

The reason is most likely because Minnesota gets hit with the worst mix of meteorological downfalls imaginable. Winter weather patterns like Alberta clippers and panhandle hooks are common in Minnesota, bringing almost constant snow that piles well over 200 inches in some regions of the state and makes winter last at least five months.

Five months. At least. That’s almost half the year, friends.

To top it off, the temperatures aren’t friendly either; temps can usually hit -60 °F, at which frostbite can occur in fewer than five minutes. Now think about THAT the next time you whine that it’s only 55 °F outside and you have to wear a coat.

If your state didn’t make the cut, you have to check out this Thrillist list for more rankings on the worst winter weather in the country. Then share your thoughts on the rankings in the comments section below.