Remember when you had to care for an egg or a packet of flour and pretend it’s a baby back in high school? Those were the days…car your egg around everywhere you go, pretend to feed it baby food, and rock it to sleep.

The whole thing is pretty strange, but it’s also incredibly useful. When I was in school, this was a requirement for every student. The idea was to show first hand how difficult having a baby really is, especially when you’re a teenager (and probably try to scare students off from making that a reality).

Nowadays, the egg or flour baby has upgraded to a techno-baby, AKA a doll that’s fully capable of doing real life baby things. The teens who take these fake babies home think that since it’s not actually a real baby that things will be easy…just as fake as the baby will be as fake as their parent status, right?

Wrong. Even though the baby is technically not alive, it acts very, very real. They cry at completely unpredictable times and intervals, and have to be fed at certain times of the day. Everything the “parent” does is recorded, so you can’t cheat (or replace your cracked egg for a new one).

One mom named Lawren Cole Galloway thought it was great when her daughter Olivia came home with her fake baby, deemed William, as an experiment to parenting for her Early Childhood Education Class. She was excited for her daughter to see first hand just how difficult parenting could be.

But it only took one night with her new techno grandbaby for both Lawren and Olivia to realize that this was definitely going to be harder than Olivia thought. While Lawren got a kick out it, Olivia most certainly did not. 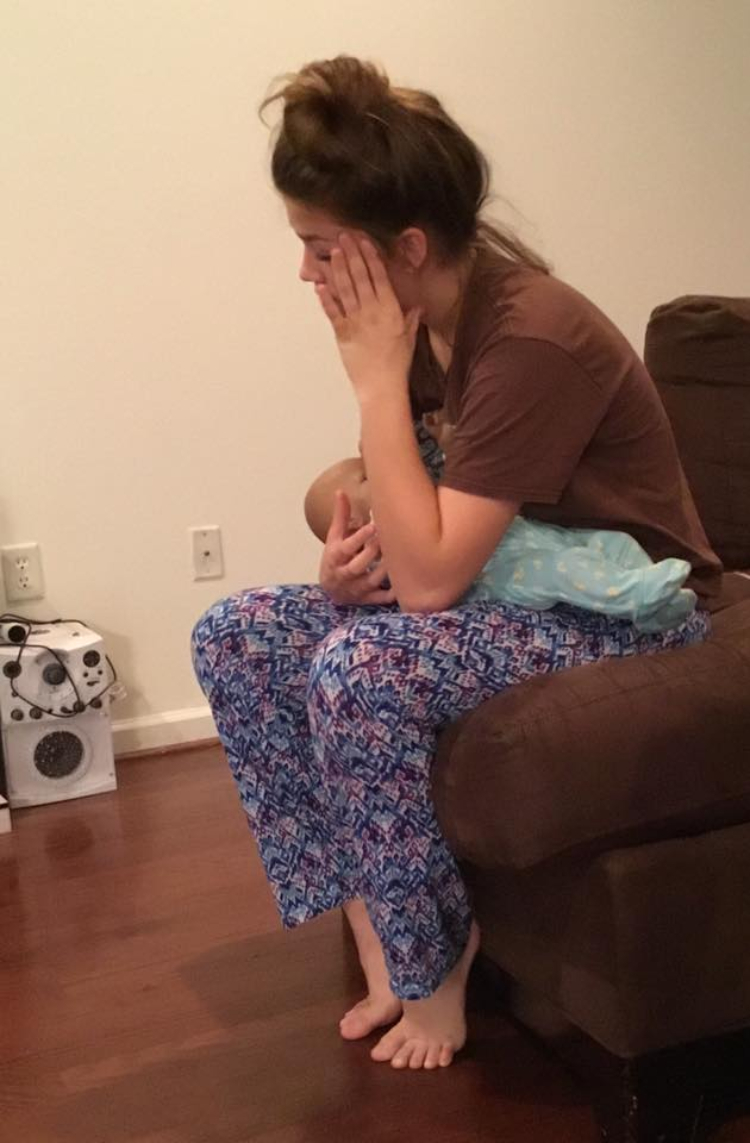 In a now viral Facebook post that received nearly 300k shares, Lawren posted about how the experiment was going, and the entire Internet–especially parents–can’t stop laughing.

“My favorite moment so far is when she came into my room last night around 3 am,” her mother said in the post. “She was crying real tears while feeding him his bottle. She was begging me to help her because she just wanted to get some sleep. Yeah, no.”

Obviously her mom knows a thing or two about crying babies and parenting. She’s been there herself and couldn’t help but stifle a laugh at her daughter trying to do the same thing.

Of course, if this were a real baby, Lawren says she would’ve been a bit more compassionate, but since it’s all just fun and games (at least for everyone but Olivia), there was no harm in waving her off. The whole point is to learn what a real baby would be like at that age, after all, and if she wasn’t already scared of being a teen mom, she definitely is now!

What do you think of this mom’s response to her daughter’s problem? Have you ever had to care for one of these techno-babies before? If so, how did you handle it?