It’s probably no surprise to you that getting a good night’s sleep can do wonders for your mood. Sleep quality also affects things like your energy and hunger levels the next day, even your immune system—a good sleep means you’re alert and well, a bad sleep, and well, don’t come near you, right?

What isn’t so obvious is how not getting enough sleep can affect your appearance. Sure, we know your under-eye bags might be a bit darker, but does anything else happen? Thanks to two gentlemen named Greg and Mitch from the AsapSCIENCE channel, we now know.

The two did the dirty work for us and decided to stay awake for 36 hours straight, documenting their appearance via photos every six hours. The idea was to see if staying up for long stretches had an affect on what they looked like.

They began their day at 8 a.m. with nothing particularly out of the ordinary planned. They did make one rule that, while they were allowed to have their daily morning coffee, they were not allowed to consume any other caffeine during their 36-hour stretch.

When the clock struck 4 a.m.—aka being awake for about 20 hours with 16 left to go—things started to go downhill.

However, they both got a second wind when the sun began to rise. “As the sun comes up, your body starts to produce hormones that are in sync with the daylight, which wakes your body up,” Mitch said. 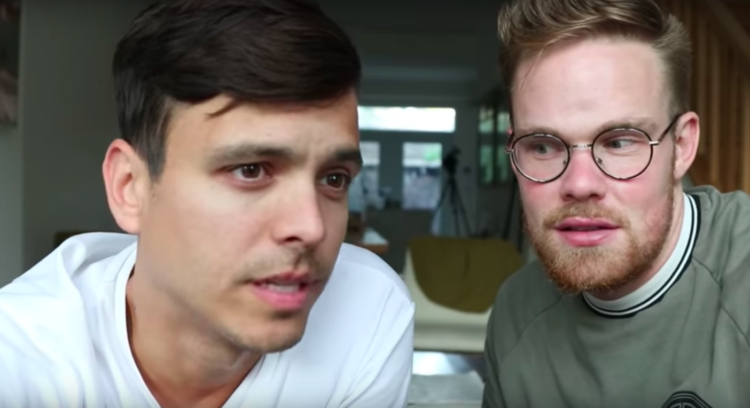 That was just temporary, however, and that’s when they began to look physically different. And when they finally made it to 36 hours, before hitting the hay, they compared the before and after photos. It’s pretty shocking!

Mitch’s photo is no better, who gained noticeably more lines on his face (likely due to the strain he received from trying to force them open for so long).

In addition to just looking worse for the wear, they both were not exactly happy campers throughout the experiment. Even simply trying to remember things proved to be quite difficult.

“Any time you’re trying to learn or remember something, an area in your brain called the hippocampus is really active, it’s basically taking in all the information and processing it for you,” Mitch said. “But when they look at brain scans of people who are sleep-deprived, the hippocampus is basically off. On top of that, the proteins that are required to actually build connections between neurons are no longer available when you’re overtired, and so effectively, it’s really hard to even make a memory, physically.”

The takeaway? Don’t stay up for 36 hours straight. And also, get your sleep! While how much you need depends on a range of different factors such as age and environmental factors, anywhere from 6-9 is decent.

To hear more about their experiment and to see just how different Mitch and Greg looked prior to 36 hours of no sleep and after check out the video below!

Are you surprised by such a vast difference in facial features? How do you look when you don’t get the sleep you need?