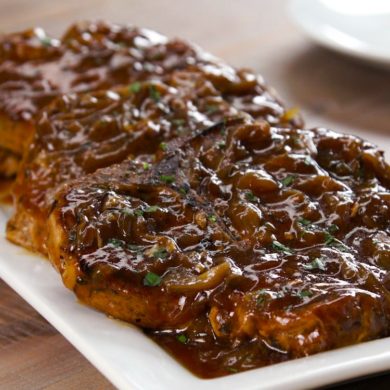 What’s the easiest way to make pork chops so tender you won’t need a knife? In the slow cooker! These pork chops are smothered in homemade caramelized onion and apple cider gravy and slow-cooked in the crock pot until the meat falls off the bone.

Sure, you can cook pork chops quickly on the stove or in the oven, but for fork-tender pork chops we love cooking them low and slow. The slow cooker is also the best way to cook pork chops if you’re feeding a crowd, since you don’t have to mess with trying to cram a bunch of pork chops into one pan. 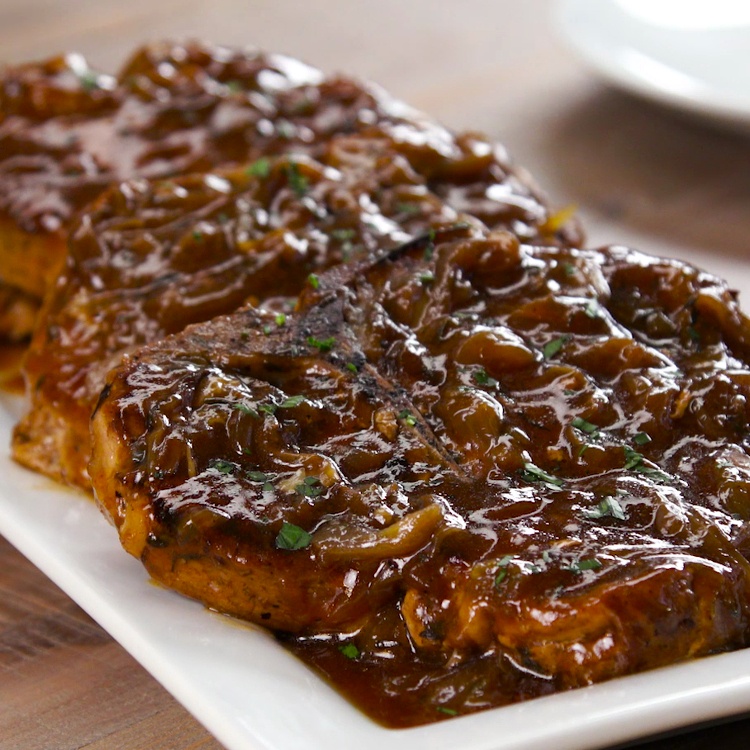 We know — you’re watching this video thinking, “Hold on, I thought this was a slow cooker recipe — what’s that pan doing in there?” Allow us to explain. Crock pots are unbeatable when it comes to maximum tenderness with minimal effort, but the one thing that your slow cooker can’t do is give you a nice sear. Which why you should quickly brown the pork chops and onions in a pan before you throw them in the crock pot — and we mean quickly. Seriously, the prep for this recipe takes 15 minutes at most. 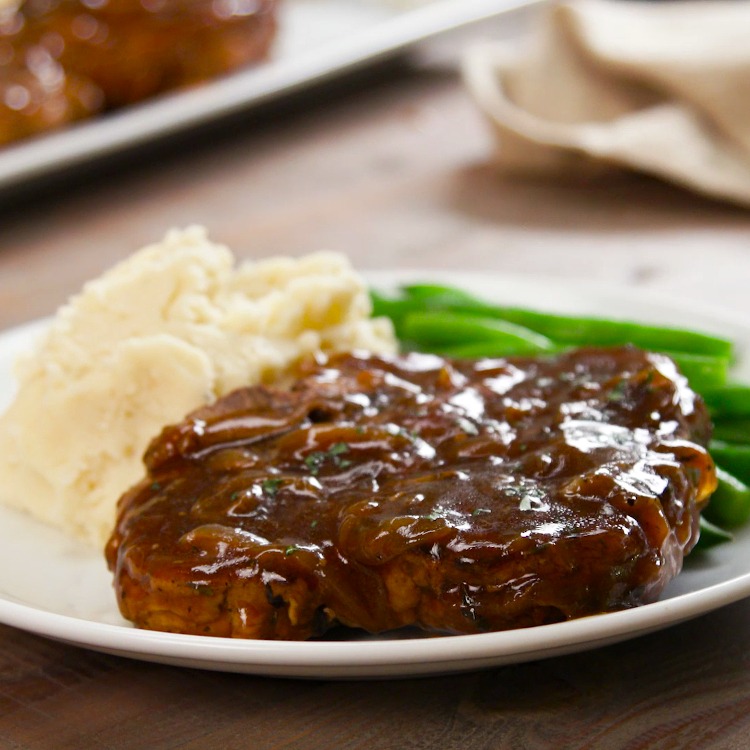 At the grocery store, look for bone-in pork chops for this recipe; boneless pork chops often end up tough and chewy in the crock pot, since the bone helps to prevent the meat from overcooking and drying out. The best part of this recipe just might be the mouthwatering pan sauce that you make right in the slow cooker. The pork chops simmer with the caramelized onions, apple cider, soy sauce, and Worcestershire sauce until they’re incredibly juicy and seasoned with amazing flavor. 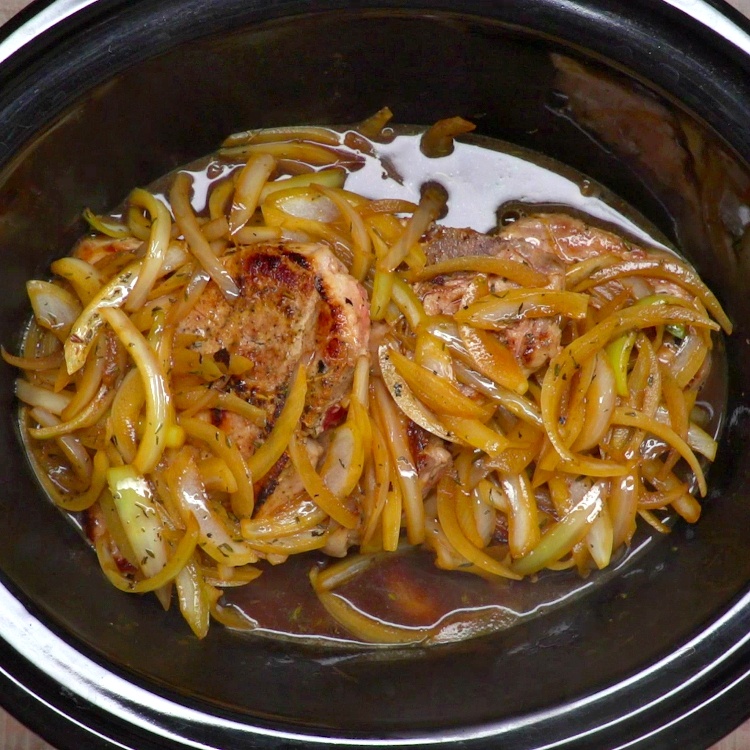 We’re all about the way that slow cooker recipes give you the freedom to take care of the prep on your own time — then all you have to do at the end of the day is sit down to a perfectly cooked meal. (It’s kinda like someone cooked dinner for you.) Shred up any leftover slow cooker pork chops for tasty sandwiches, soups, tacos, or salads. 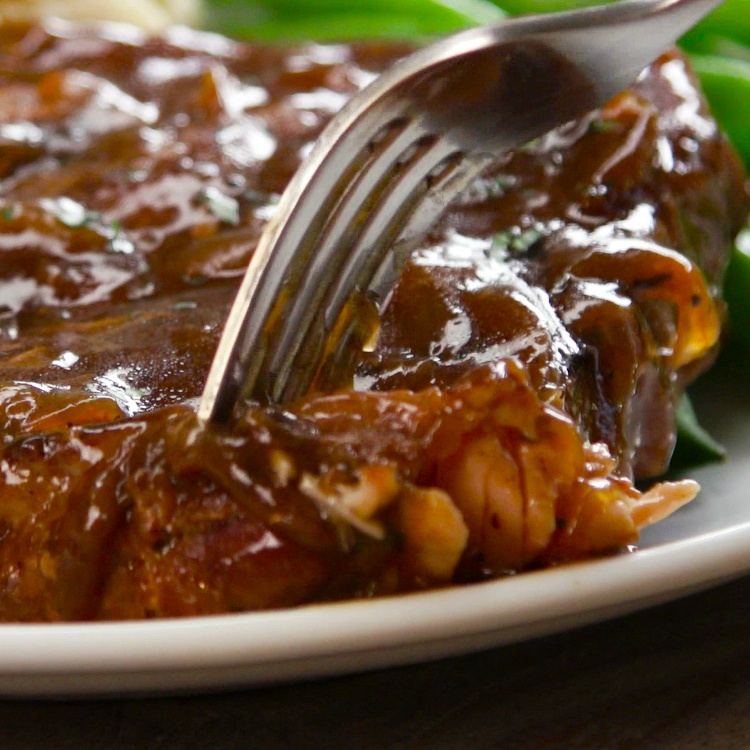 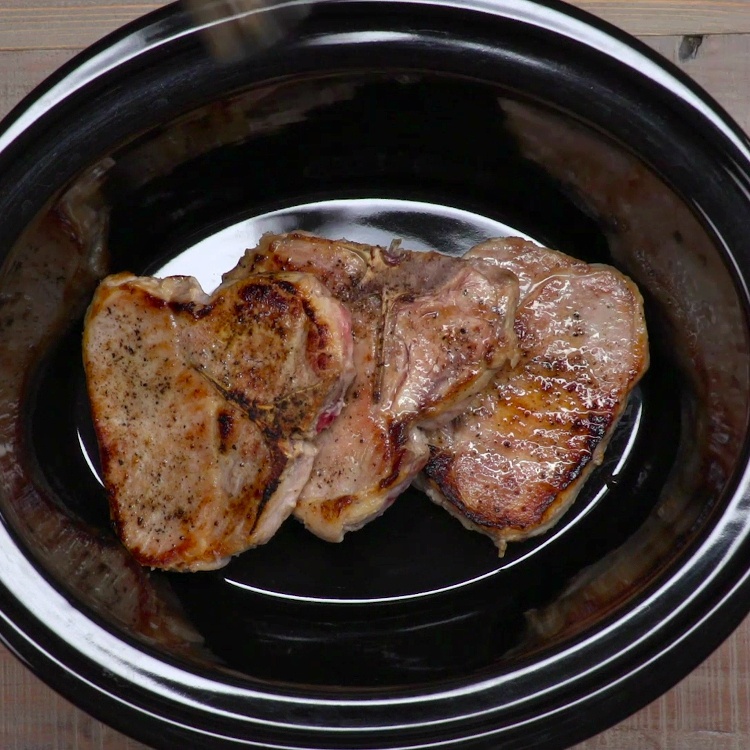