LAZYGNOMES
There’s nothing like the magic of Christmas. As children, waking up on Christmas morning and seeing the presents under the tree and in the stockings is enough to make you believe in Santa Claus.

As parents, it can be especially fun recreating this Christmas magic for our own children. That’s why we take our kids to see Santa. That’s why after our children are sound asleep on Christmas Eve, we set presents under the tree and eat cookies that were supposed to be for Santa.

That used to be enough to make the magic real, but now many parents don’t have it so easy. Now, they have to create “magic” for weeks leading up to Christmas.

Yes, we’re talking about “The Elf on the Shelf.” 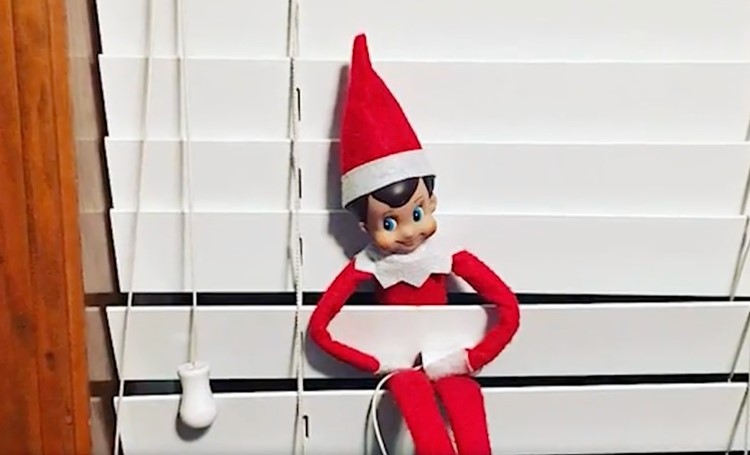 If you have an Elf, you already know what we’re talking about. You’re already groaning at the memory of those times when you forgot to move the elf. If you don’t have young children, you might be confused.

You see, the idea is that the elf flies to Santa at night to report whether the boys and girls in the house have been bad or good. By morning, the elf reappears “magically” in a different place in the house. Of course, we all know the magic is really the hard work of the parents.

Parents have been pretty creative when it comes to elf antics. Some elves have been known to zipline, wrap presents, requests cookies, and any other creative idea the parents come up with.

Sound like a lot of work? You’re not kidding.

Finally, finally, there is an alternative for parents who want to give their kids elf-like “magic” without having to spend their precious free moments creating elaborate elf scenarios for their kids to discover the next day.

According to the description on the official website for “Santa’s Lazy Gnome,” there are “No hide & seek or silly games to keep this Santa helper around.” That’s right. You don’t have to move this gnome every night. It serves the same purpose as the elf (reporting the child’s behavior to Santa, and thus, encouraging good behavior) without the hard work.

No, it’s not too good to be true. We think Santa just might send this gnome to our house and decide our elf needs to hang out with a different family.

Do you have an “Elf on the Shelf”? Are you going to trade it in for gnome?