It’s safe to say that all of us native English speakers make a lot of assumptions when it comes to dissecting our complex language. But every once in a while we learn something new that completely changes the way we look at our words. Take the strange case of female titles, for instance. We bet you didn’t know that the word “Mrs.” originally had nothing to do with marriage!

According to research compiled by New Statesman’s Alexandra Buxton, using ‘Mrs’ to denote a woman’s marital status is a fairly new phenomenon. You see, “Mrs.” used to stand for, of all things, “mistress,” and when “mistress” was used as an abbreviation, it turned into “Mrs.”

Now, we know what you’re probably thinking: why the heck would a woman participating in an extramarital affair receive a title? As some of you history buffs may know, the word “mistress” had a completely different implication back in the day. Before the 18th-century, it could have meant that the lady in question was anything from a well-respected nanny to a skilled teacher.

In the 19th-century, the word “Mrs.” was used to show status. It could have meant that the woman came from a high social standing, or that she was even a successful, self-made businesswoman. What it comes down to is that the word had everything to do with rank, especially considering gals in lower classes were simply referred to by their first names.

For a long time, historians, scholars and pretty much everyone else assumed that the extra “r” in “Mrs.” was added in to signify marriage, just as we use it today. Because of this, public records, news journals, and even classic pieces of literature have been misinterpreted over the years.

What makes it all the more fascinating is the fact that the practice of women using their husbands’ surnames seemed to be a uniquely “English” custom, even through the 19th-century. Research indicates that England and the United States were some of the only places in the world to take on this form of naming. 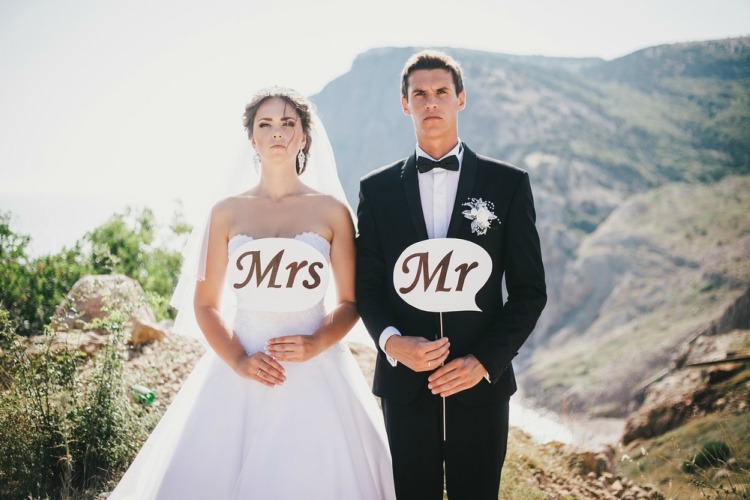 It wasn’t until around 1900 that titles shifted into how we assign them today. This was also the first time in history that the neutral title “Ms.” was suggested and established.

These days, women can be quite a bit looser when it comes to their titles. Think back to your teachers in school; we distinctly remember there being a pretty balanced mix of “Ms.” and “Mrs.” female instructors. Also, as The Knot points out, referring to someone whose marital status is unknown as ‘Ms’ is always a “safe choice.” We agree with that!

To find out more about the curious background of women’s titles throughout history, be sure to read Reader Digest’s take here. We don’t know about you, but we certainly won’t look at the word the same way again!

What do you think of this bizarre historical mix-up? Is using a title important to you? When you married, did you switch to “Mrs.” or “Ms.”? Tell us all about your thoughts and experiences in the comments section below!