If You See a Purple Butterfly Sticker in the NICU, This Is Why.

An exasperated new mother was trying to calm her newborn twins in the hospital when she turned to the other mother in the room, who was sitting by the crib of her only daughter. The mother shook her head and said innocently, “You’re so lucky you don’t have twins.”

It was a seemingly conversational comment, one that meant no harm – but it broke Millie Smith nonetheless.

Millie, and her partner Lewis Smith, did have twins: a little girl name Callie and her twin, Skye. But, sadly, Callie was the only of the two who survived the pregnancy. So to hear this casual comment while she was grieving for her lost child was a heart-rendering experience for Millie.

When Millie and Lewis were told they were pregnant with twins, Millie was wary from the start. Although twins ran in her family, there had yet to be a set of twins born where both babies survived the birth. The couple was prepared for the worst.

However, this mental preparation couldn’t save them from the news they were about to receive. At 12 weeks, Millie and Lewis were told that one of the unborn twins, Skye,  had an incurable condition called anencephaly. With anencephaly, part of the brain does not develop normally. Unfortunately, babies born with the condition do not live longer than a few hours or days after birth. 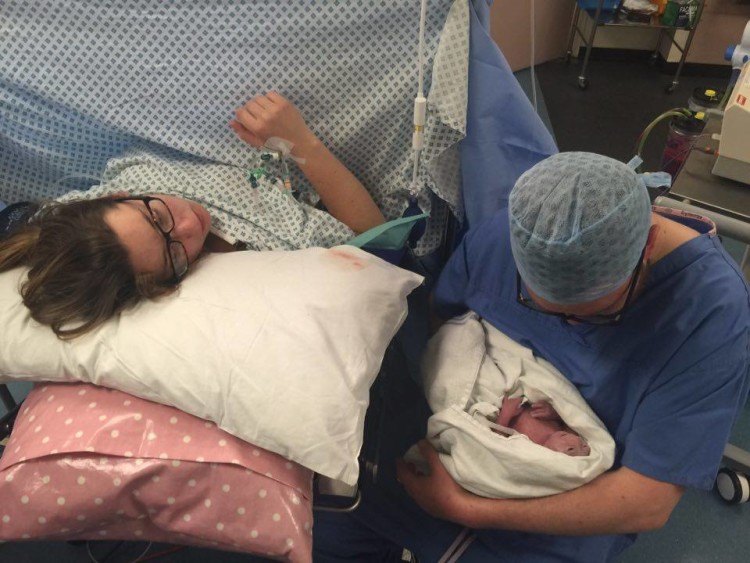 Babble
The couple made the difficult decision to continue carrying both babies, in order to give their other daughter, Callie, a “fighting chance.” This gave Millie and Lewis only so much time to come to grips with the fact that in a few months, they would have to say goodbye to one of their daughters.

“We were both devastated,” Millie said in an interview with Babble. “Knowing I had to carry both babies full term then say goodbye shortly after was very tough. Dealing with it and preparing for it was hard. But the more we talked about it the more ready we were. I spoke about Callie and Skye on a daily basis at work and ensured that no one felt awkward talking about my pregnancy. I got to enjoy my pregnancy and got to look forward to meeting them.”

To make matters worse, Millie unexpectedly went into labor at only 30 weeks, forcing the doctors to do an emergency C-section to safely remove the babies. Callie was immediately brought to Intensive Care to keep her alive and well, while little Skye stayed with her mom and dad to say goodbye.

In all of this heartbreak, there was one little miracle. Although the doctors said Skye would be unable to move or make noise until she passed, the baby cried and moved her arms as soon as she was brought out of the womb. This was a truly surreal moment for both Millie and Lewis.

The family had been given a special room in Kingston Hospital (the U.K. hospital where the babies were born) called the Daisy Room. This was a room where families who knew they would be losing a child could go to stay with their baby until the end.

And that was exactly what Millie and Lewis did. They cuddled and loved Skye until the end. Right before she passed, Lewis brought Skye to Callie’s incubator, where he let the sisters lay next to each other right before Skye passed away. 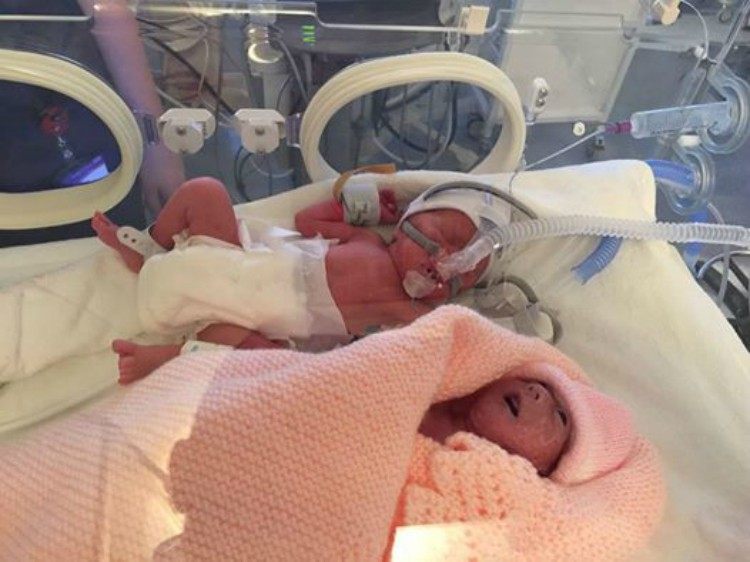 Life Aspire
Then, after all this tremendous tragedy, Millie was sent running out of the hospital because of a casual comment from a stranger.

It was this moment, however, that gave her the idea to start the Purple Butterfly stickers. In the NICU, none of the families around the Smiths knew their story – they didn’t know a simple comment could shatter them the way Millie was shattered. She realized that a simple sticker was enough to tell the story, without grieving families actually having to tell the story over and over.

Millie and Lewis immediately began fundraising to great success; the Purple Butterflies have already started to catch on at Kingston and in surrounding hospitals. Two months after losing their daughter, the Smiths have continued with their fundraisers in hopes that they will one day have a charity named in Skye’s honor – they’re even having a sky diving show for their next charitable event.

To donate to Skye’s foundation for bereaved families, click here. And if you see a Purple Butterfly, make sure to offer some words or gestures of kindness to the suffering family.