Pregnancy ultrasounds can be the source of good or worrisome news for expectant moms. When things are good, we see gender reveals, kooky gymnastics, or precocious fetal gestures. When the sonogram is concerning, it could be anything.

The image in this video is quite concerning. Rare even. At first glance, it looks like the baby is just doing some stretches or kicks. But those cute little legs are actually outside of the uterus.

Discovered during a routine sonogram, the remarkable case adds to a count of only 26 other known occurrences. A published report in the New England Journal of Medicine by French doctor Pierre-Emmanuel Bouet described the mother as being 33 years old and 22 weeks pregnant. Doctors at Angers University Hospital in France never encountered a case like it before, and it’s considered a medical miracle. 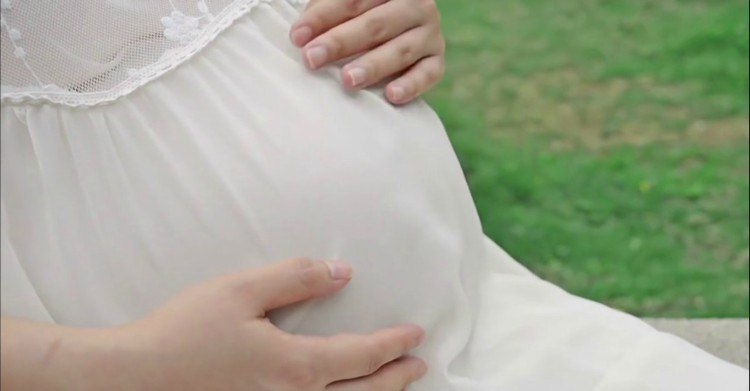 geobeats
She had no symptoms of a health complication when she came in for her ultrasound. Once doctors noticed the abnormality, the patient was sent for an MRI which revealed a 1-inch tear and resulting herniation of the amniotic sac. What that means is that the amniotic sac was bulging out of the uterus due to a rupture in the uterine wall. However, the sac was still protecting and nourishing the baby.

To us, it may seem that the baby has some Bruce Lee skills going on in the womb, but that was not the case. The mother has had five prior deliveries, all via C-sections, causing some major changes in the uterus. Listen to the video to find out what exactly caused the baby’s legs to protrude.

As noted in the original report, the patient and the baby’s father were warned of the potential risks for this pregnancy, which included more tearing, premature birth, or a hysterectomy. They decided to continue the pregnancy under close care, and a healthy baby boy was delivered by C-section at 30 weeks, weighing 3 pounds.

At that point the tear had spread to 2 inches and the amniotic sac had grown larger. Along with that, the baby also continued to grow bigger outside of the uterus, and both the legs and abdomen were protruding from the sac. Once mom had the baby, her ruptured uterus was surgically repaired.

According to the doctor’s report, as of 6 months of age, the baby was doing well! The National Institutes of Health (NIH) cites uterine ruptures occurring in .1 percent of pregnancies, and being extremely dangerous for both the mother and child. Sadly, fatalities can result if not handled with care. Such pregnancies result in cesarean sections to ensure a safe delivery and to repair the tissues of the uterus.

In cases of uterine rupture, women usually experience abdominal pain and/or bleeding during the pregnancy, so for this mother to not have any symptoms was quite fortunate. Who knows what would have happened if this wasn’t caught by both imaging scans?

What do you think about this unusual pregnancy case and the scary MRI image? Were you fooled into thinking the baby was a gymnast in training? Tell us in the comments!