Though it has improved over the years, sadly, discrimination is still a very real thing in this country. And contrary to popular belief, prejudice doesn’t always have to do with race or ethnicity. People can be discriminated against for all different kinds of things—even their age.

Meet Glenn Harris, the operator of a plumbing business in Johnson City, Tennessee, whom several elderly people across the community say has been conning them into paying thousands of dollars for his services. “I think he targets the elderly, or anyone who he thinks is vulnerable,” one of his clients told Inside Edition.

When Harris is done with his job, the home improvements either end up being of poor quality or ones they didn’t even need in the first place. One man even said that Harris made his mother take out a $50,000 home equity loan because he wanted cash on everything.

Inside Edition reporter Lisa Guerrero was determined to find out what was going on. With so many client complaints from senior citizens, she knew there had to be something. To find out for sure, she decided to take some extreme measures.

With the help of Emmy-winning makeup artist Ben Adams, Guerrero was able to transform herself into looking like a real senior citizen. She wore a mask that gave her wrinkles, a gray wig, and even used a walker to get around. She also her lips glued into the mask so she sounded like she was older, too. 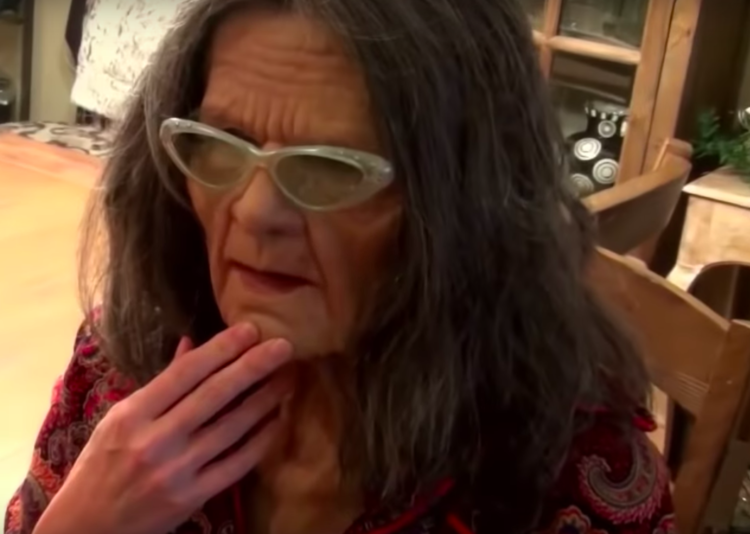 How else was she actually going to see how Harris handled his clients if she wasn’t going to play the character? (See above. Isn’t it wild?) A true undercover reporter at work!

Fact of the matter is, Lisa Guerrero didn’t have to play the elderly woman for very long. After calling to schedule an appointment with Harris, he wound up standing her up not once, not twice, but three separate times—another issue that the the real elderly people who were duped say is completely common with Harris.

That was all Guerrero needed as proof that this man was taking advantage of his older clients. Instead of waiting around any longer to actually have Harris show up at the appointment, she showed up at his house unannounced with her reporter van and microphone, demanding to know why he’s been scamming his elderly clients.

At this point, she was still in her elderly mask and attire. Harris seemed confused, but still pretty friendly—probably assuming that because this woman was older, she would believe anything he said.

But once Guerrero removed the mask and revealed her young face, things got uncomfortable.

Harris didn’t have much to say, but you sure can tell he’s guilty. Check out his reaction, as well as hear from the many people that feel they’ve been duped by Harris, all in the video below. (You’re going to be shocked at the dollar amounts each one say they were ripped off!)

What do you think—is Harris guilty as charged? Have you ever witnessed someone being discriminated against for their age?