Firefighters Warn Not to Leave Water Bottles in Cars

You probably think it’s a responsible move to bring a water bottle with you when you’re out running errands. You wouldn’t be wrong in thinking that! It’s so important to drink plenty of water throughout your day to stay healthy and focused, so grabbing a water bottle on your way out the door is a smart move.

But there’s one thing you should never do when you’re taking bottled water out with you: leave it in the car.

It’s annoying, we know. You don’t want to bring your water bottle into the store or wherever you’re off to, it’s just going to be in the way! However, the consequences for lazily leaving your water behind could be more dangerous than you ever imagined. 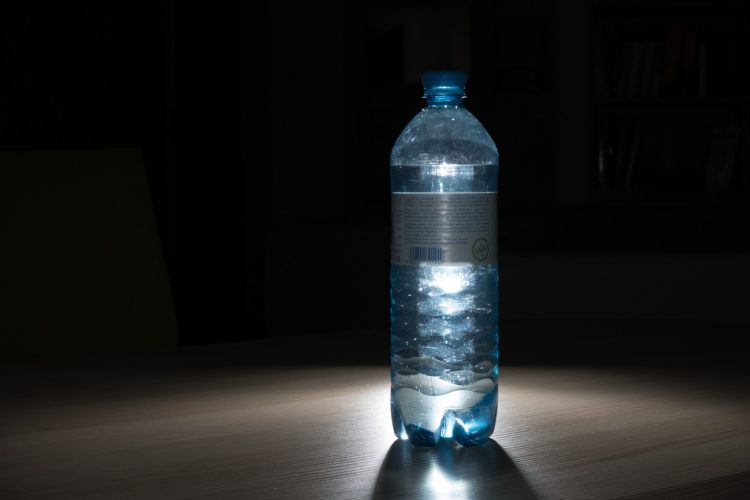 A Facebook group called IdahoPower posted a story recently about a local man who experienced this danger firsthand.

Battery technician Dioni Amuchastegu typically would carry recycled plastic water bottles with him to work, in an effort to be environmentally conscious. One day, while sitting in his car on a lunch break, Dioni noticed smoked out of the corner of his eye.

When he turned to check out the situation, he saw that light was being refracted through his plastic water bottle. The light from that hot summer day was so intense, the bottle began to catch the passenger seat on fire.

“Light was just shining through the driver’s side window and shone right through (the water bottle) and burned those two spots in the seat right there.”

Just like light traveling through a magnifying glass that can set things on fire when burning hot enough, plastic water bottles can do the same thing. And, naturally, fire spreads to other parts of your car terrifyingly fast. 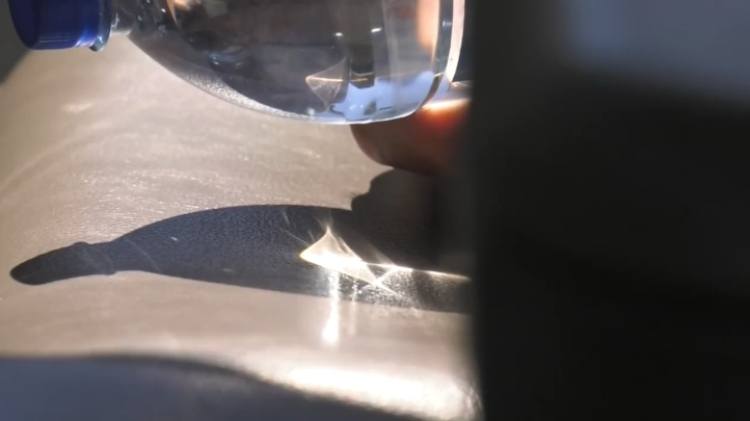 The video that IdahoPower shared has been viewed thousands of times and shared hundreds of times; many of the viewers had no idea that a little water bottle could pose such a big threat.

Obviously, the ideal thing to do is to keep plastic water bottles out of your car. However, if you aren’t going to have time to remove the bottles, just make sure that they’re kept out of direct sunlight.

Not only can water bottles cause a fire hazard when left in your car, but they can also become unsafe for your direct health, as well. Studies conducted in the past few years have been showing that when plastic bottles are left in a hot enough car for long enough, harmful chemicals may be released into the water.

It takes some serious heat and at least a week or so to make this water dangerous, but it’s still an important precaution to take. So the next time you find an old water bottle on the floor of your passenger seat, consider watering your plants with it instead.

To see the full story from IdahoPower, make sure to watch the video below.