Let’s get one thing straight: It’s pretty hard to mess up a pizza. While there’s nothing better than the classic combo of sauce, cheese, and dough, Americans have long since been topping their pizzas with everything imaginable.

We’ve seen pizza with seafood, pizza with spaghetti, even dessert pizza—the list goes on and on. And while Italians might shudder at the thought of “ruining” their precious pies, we think that on pizza, anything goes.

Well, that is until one restaurant introduced their Dill Pickle Pizza. We’ve got your standard pizza crust, topped with a savory white garlic sauce, oozing with mozzarella cheese. Then things get interesting: The pizza is topped with a slew of Dill pickle slices and a sprinkle of Dill weed. There’s also ranch dressing to dip.

The pickle pizza comes in regular, thin, or thick crust, and you make it as small or large as you’d like. A small pizza is about $12 with the large going up to $19. Where can you get this insane pie? Rhino’s Pizzeria and Deli in Webster, New York.

Sure, it’s a bit arbitrary for a pizza topping, but we don’t see anything too wrong with it. But the internet, as always, has opinions. After Food Insider put out a video highlighting the subjective pizza, people from all over voiced their opinions. 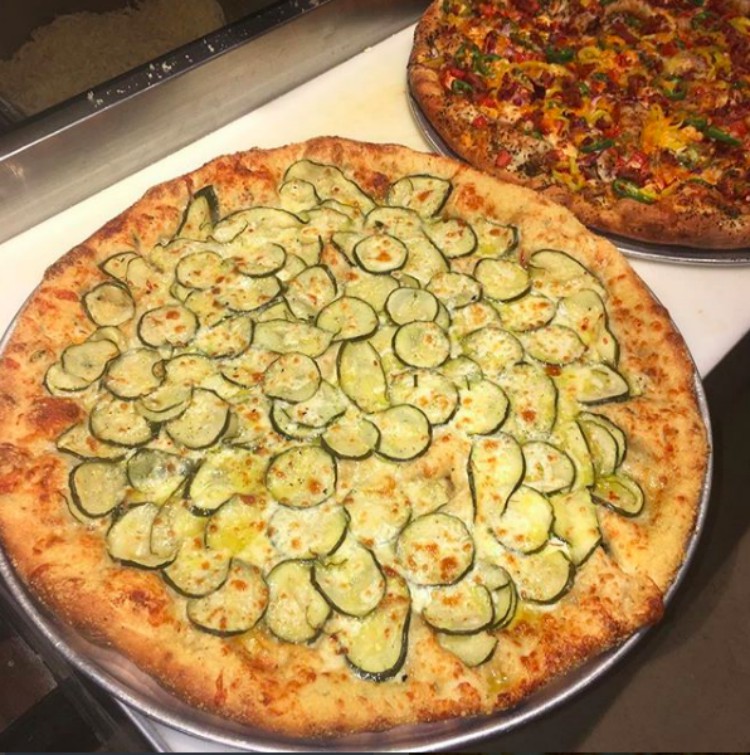 Comments ranged from utter disgust: “Disgusting and a disgrace to pizza.”

To appalled enough to alert the authorities: “Stay right where you are, I am calling the police.”

To making rash decisions: “Pizza is cancelled this decade since nobody who makes pizza knows how to behave.”

However, there are plenty of people who can’t wait to try out a slice of pickle pizza.

One person’s pizza pickle dreams were fulfilled and they couldn’t be more excited: “Omg YAAS PIZZA WITH PICKLES IS THIS A DREAM?!”

Someone else actually had something like this before and wanted it to be known that it’s actually a hit: “Pizza and pickles are the bomb I tried it once and it was really good!”

And then there are the pregnant people of the world. Let’s give them a moment here shall we? With pickles being one of the most craved foods during pregnancy, pregnant women are drooling at the sight.

“I am pregnant and I need some now! I love pickles and I love pizza. This is a dream come true,” one woman wrote.

“A pregnant woman’s dream!” someone else wrote.

The internet can say anything they want, but only the workers at Rhino’s can tell us just how popular their pizza pie is. And apparently, it’s so popular that people are running, not walking, to get some.

“People have been coming from all over—Buffalo, Syracuse, Pennsylvania,” Rhino’s chef Cindy Arena said. She also mentioned that pregnant women, as we suspected, are absolutely loving this combo.

Well there you have it folks—some people’s dream, and some people’s worst nightmare. What’s your opinion on this Dill Pickle Pizza? Does it make your mouth water, or are you totally grossed out? What’s the weirdest pizza combo you’ve ever tried?