Science Says You Should Always Pee in The Shower. Here’s Why

All right, let’s just admit it already: We pee in the shower. And if someone tells you they’ve never peed in the shower, well, then, they’re lying. Whether it’s because we forget to let it out before we got in the shower or the sudden urge hits, it’s just convenient, okay? Plus you can clean yourself off and it goes down the drain, so no harm done.

While some might stick their nose up at people who pee in the shower, there’s actually a lot of benefits, specifically for the Earth. Why, you might wonder? Well, when you pee in a toilet and flush it, you’re using a lot of water. But your urine actually doesn’t need a ton of water to get down the pipes (the other thing that comes out of you, sure). The point is, every time we pee and flush, we’re wasting so much unnecessary water.

In fact, the average toilet uses between 1.6 gallons of water each time it’s flushed, according to the United States Environmental Protection Agency, and some older models use much more: as much as 7 gallons!

When you combine that with how many times people urine a day (on average, about 6-7 times a day, but if you’re drinking enough water, it’s probably more like 10), then you’re looking at a ton of wasted water. Think about what that number comes out to each year!

To further test this theory, in 2014, two students at the University of East Anglia in Norwich completed an interesting project that calculated what would happen if all 15,000 students at their school peed in the shower once a day. Their conclusion? That the school would “save enough water to fill an Olympic-sized swimming pool 26 times,” the BBC reported. 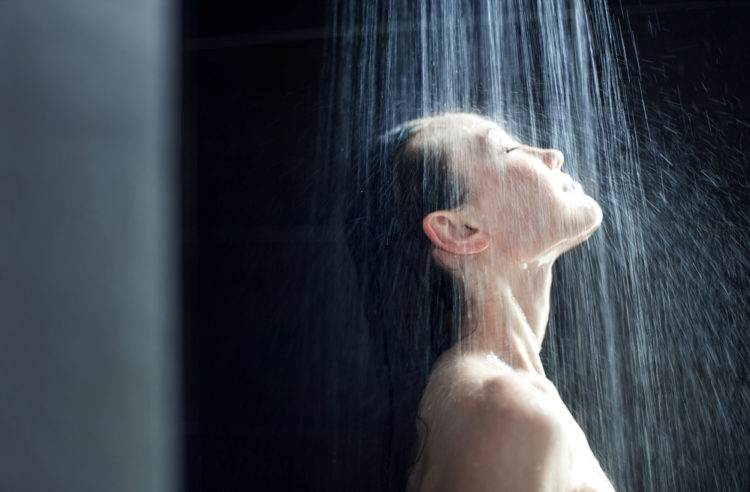 What else can pee save you? Oh yeah, in toilet paper. According to Mic.com, peeing in the shower just once a day can save you from buying a roll of toilet paper every 50 days. Not only does that help the Earth as well, but it helps your wallet even more (toilet paper is expensive!).

If you find yourself scrunching your nose reading this because you think letting it out in the shower is gross, know that experts say it actually might be cleaner than doing it the standard toilet way. Think about all the times you walk into a restroom and find urine in the seat; peeing can get messy, folks.

Plus, urine isn’t actually as gross as you may think it is. “Urine is basically filtered waste from your bloodstream. It’s composed of water, electrolytes, and urea,” says Jamin Brahmbhatt, MD, a urologist at Orlando Health. Robert Glatter, MD, an assistant professor of emergency medicine at Northwell Health and attending emergency physican at Lenox Hill Hospital adds, “Urinating in the shower would not present any significant hygiene risks.”

If you’re still not convinced, well, then, what can we say? Continue to pee in the toilet. But at least you know that if you find yourself washing up in the shower and you really gotta go, it’s not going to do you much harm!

What do you think: Are you pro or against peeing in the shower? Did you know that it had so many benefits?