How to Make a Beautiful Old-Fashioned Baked Ham 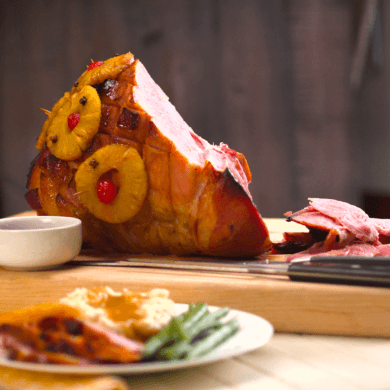 Make your holiday centerpiece this beautiful baked ham with pineapple, crispy edges, and a warmly spiced maple brown sugar glaze. Our recipe is a masterclass in everything you need to know to make baking a ham easy — we’ll even show you how to turn the pineapple-spiked drippings into an amazing pan sauce.

Did you ever wonder why ham is a traditional celebration food all over the world? 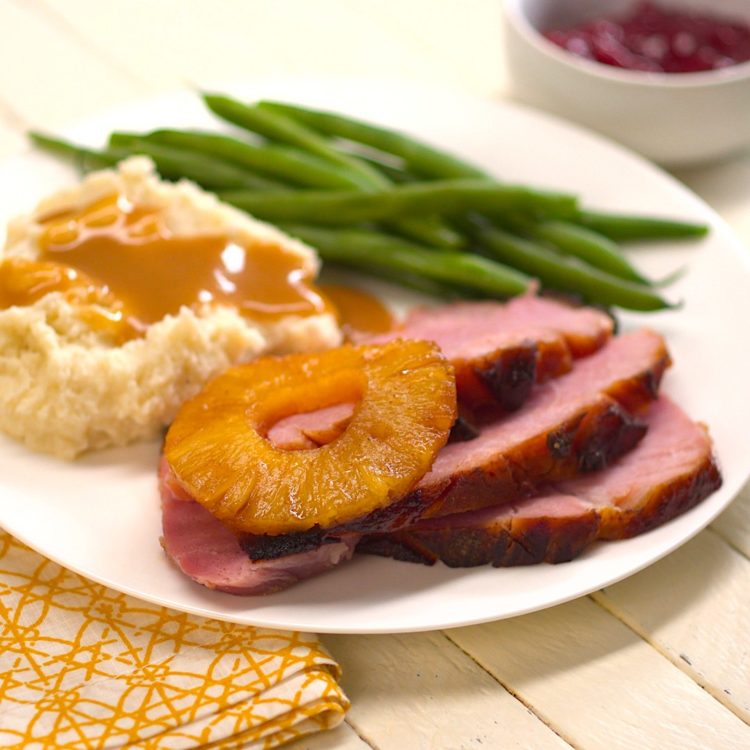 And ham may steal turkey’s spotlight, too: in 2015, 44% of millenials told Yahoo they were going to serve Thanksgiving ham instead of or in addition to turkey. 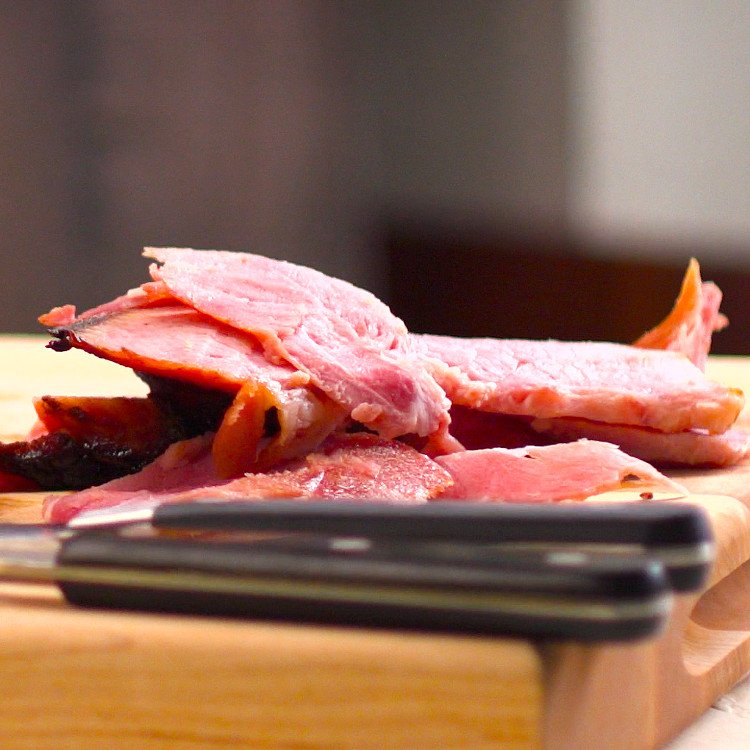 Here’s another reason ham is a holiday favorite: it’s already fully-cooked and ready-to-eat — which means that baking a ham isn’t an all-day affair, so you won’t end up spending the whole holiday in the kitchen tending to the oven. When you bake a ham, you’re basically just heating it up and getting the outside nice and crispy. Our ham recipe enhances that by scoring the “fat cap” first: 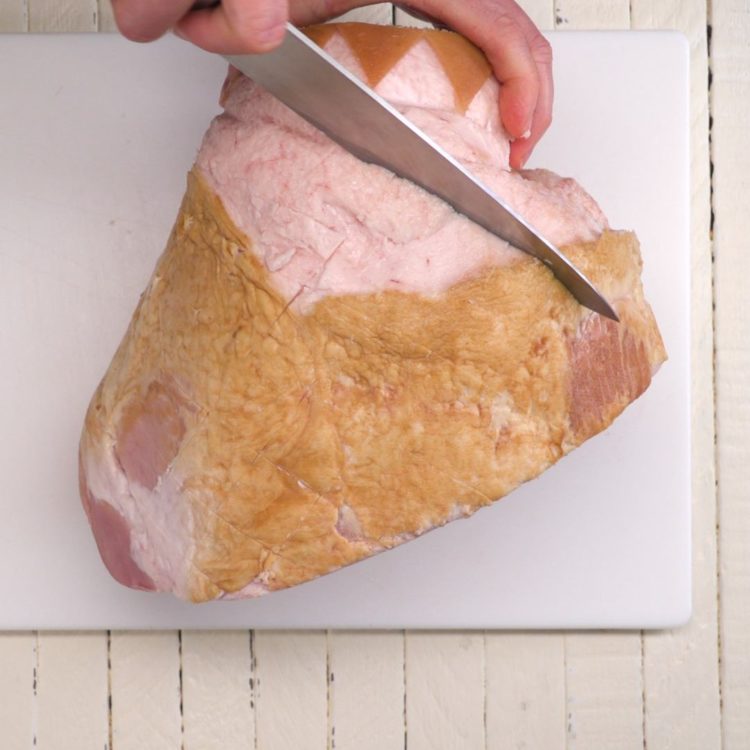 Not only do those cross-hatches look lovely when it bakes, they also give you more of everybody’s favorite part of the baked ham — that crunchy caramelization with delicious charred bits. It doesn’t take long at all to cook a ham in the oven, just 90 minutes (during which your kitchen will smell heavenly).

Ham and pineapple are a match made in heaven. We used whole cloves to pin pineapple rings to the outside of our ham, which penetrate and infuse the pineapple and ham with a warm, sweet spice. And those maraschino cherries are just so nostalgic. 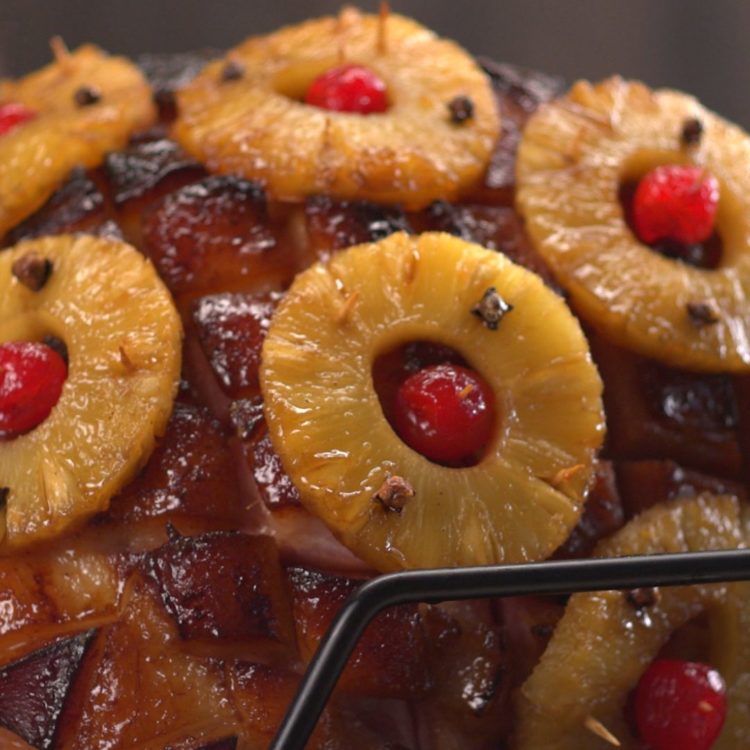 The real cherry on top of this recipe, though, is that nothing is wasted. The leftover pineapple juice from the can goes into the bottom of your roasting pan to make the ham extra moist and flavorful. Plus, we’ll show you how to transform the drippings into a homemade gravy so delicious you’ll want to drown all the side dishes in it. 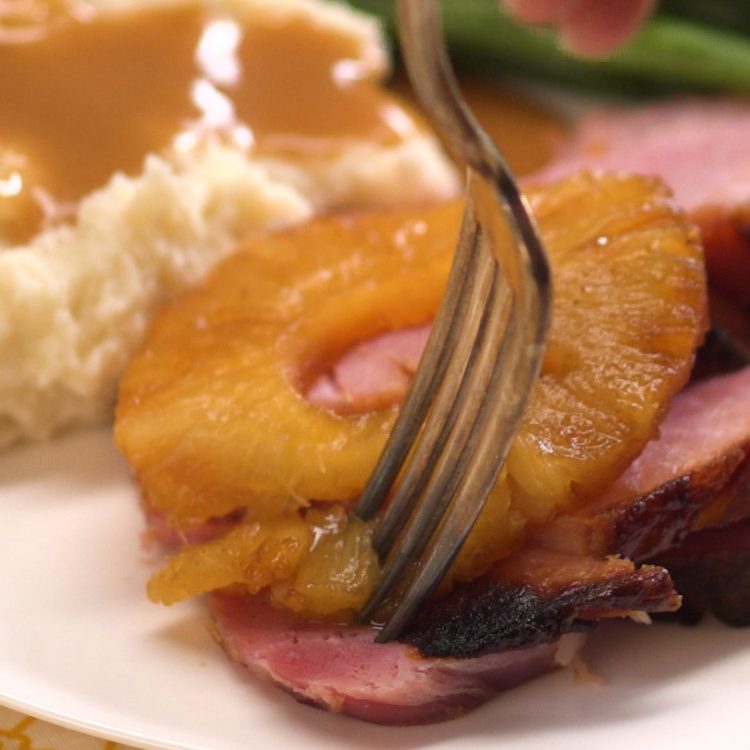 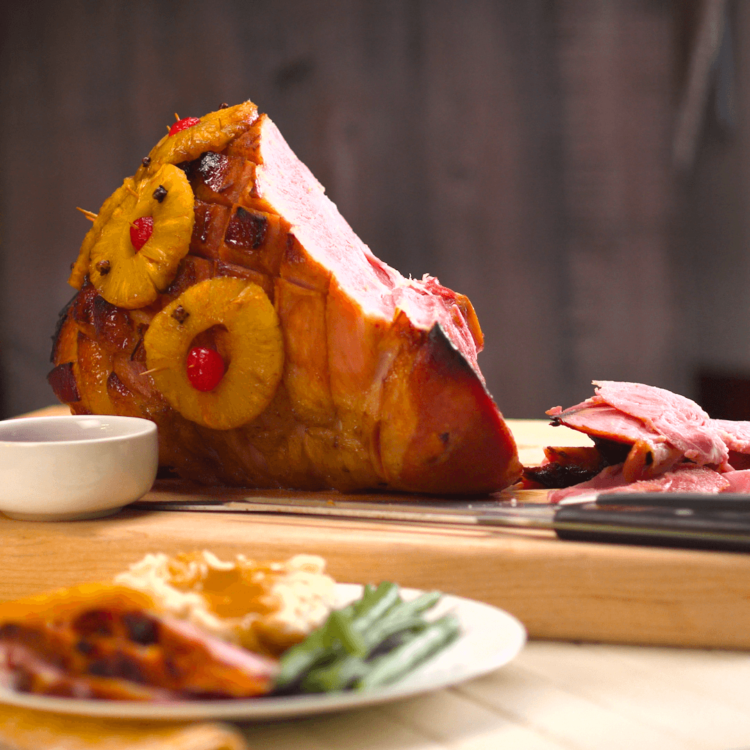 Now get ready to go ham in the kitchen! 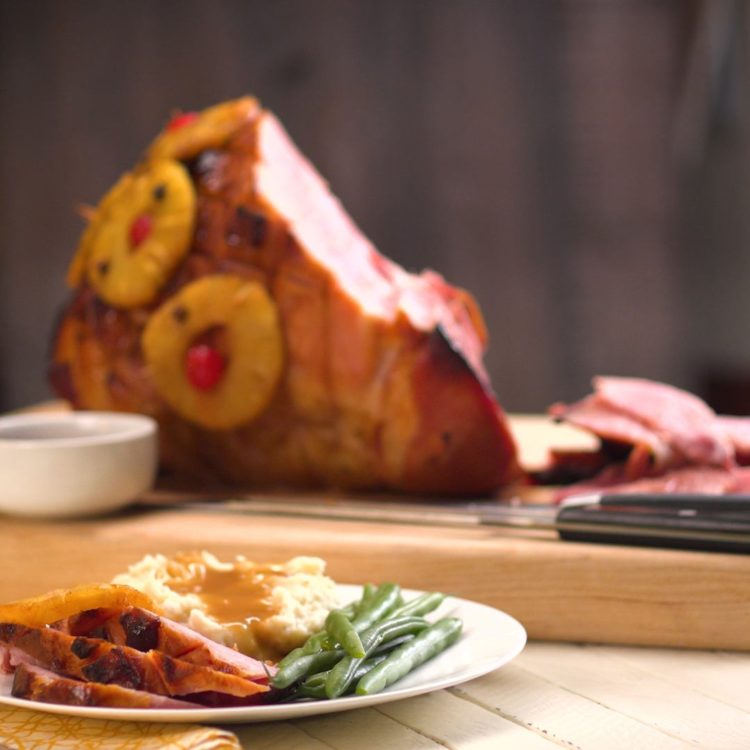 We’ve also got a fantastic recipe for slow cooker ham. And just in case you have leftovers, here are some Tip Hero recipes with ham: ham and cheese fry-tata, green eggs and ham, and ham and cheese roll-ups. 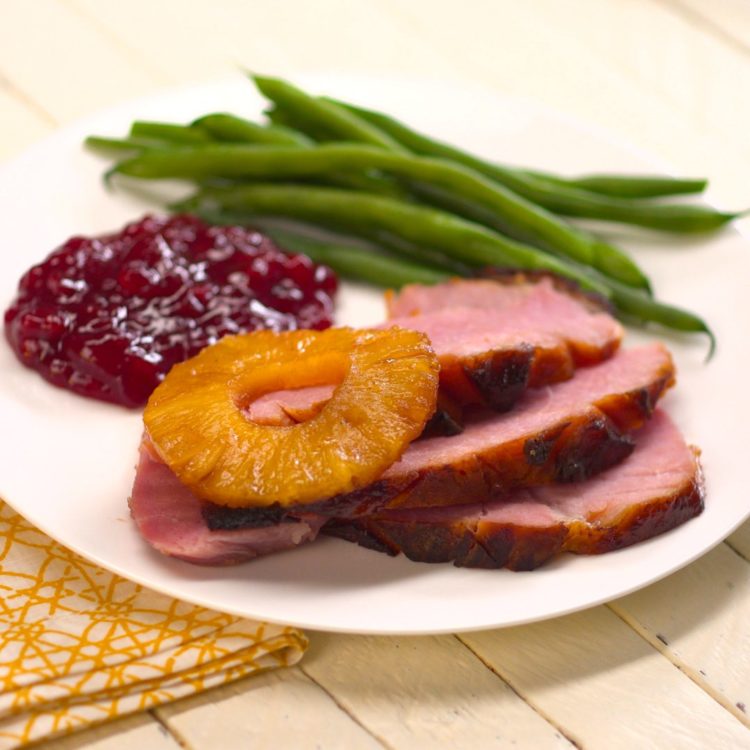