Daily Mail & Deposit photos
Do you crack or stretch your neck? While a habit like this doesn’t typically cause too much harm, Natalie Kunicki was an exception.

The 23-year-old paramedic based in London was just watching movies in bed with a friend one day when she stretched her neck, as she always does. But this time, she heard a loud crack. “My friend asked, ‘was that your neck?’ but all my joints crack quite a bit so I didn’t think anything of it,” Kunicki told the Daily Mail. “I just laughed.”

It wasn’t until a few minutes later when she tried to go to the bathroom and consequently collapsed, unable to move her left leg, did she realize something was wrong. “I got up and tried to walk to the bathroom and I was swaying everywhere,” Kunicki said. “I looked down and realized I wasn’t moving my left leg at all then I fell to the floor.”

Initially, she thought she had just drank a little too much alcohol or even that she had been drugged. “The date rape drug can cause paralysis,” she explained. The last thing she wanted to do was embarrass herself in front of doctors so she avoided calling an ambulance.

But after seeing the condition she was in, her friend rushed her to the hospital where she got some unexpected, terrible news. 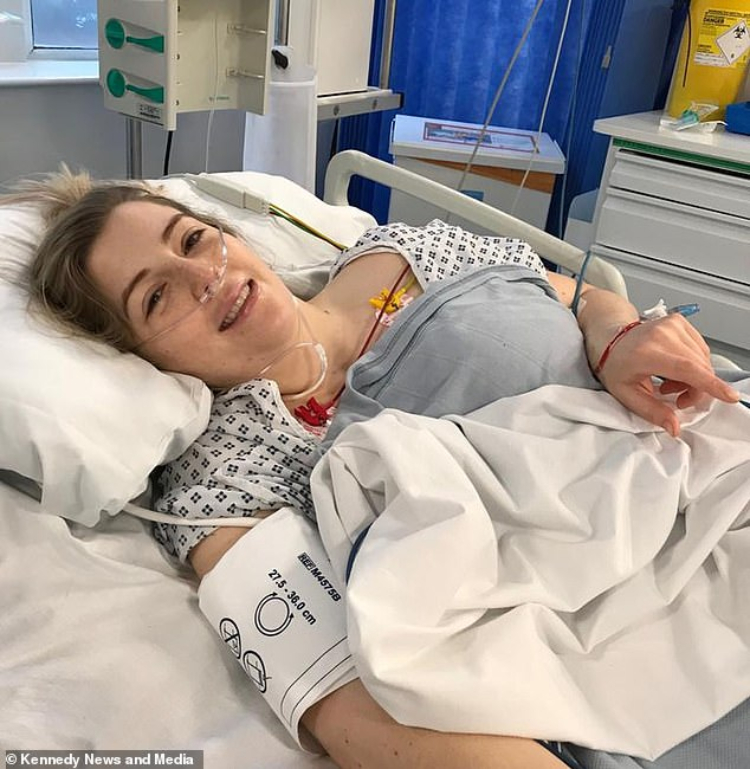 After performing a three-hour surgery, doctors discovered that from a simple neck stretch, Kunicki had inadvertently burst her vertebral artery, a major artery in her neck, which caused a blood clot to form in her brain, triggering a stroke.

While the doctors were able to insert a stent to fix the artery, they had to wait until the brain clot repaired itself over time. The thought of being paralyzed had left Kunicki feeling “emotionless” for a few days. “I was just completely shut off, trying to compute what had happened,” she said. “People said I was a bit like a robot and didn’t show much emotion.”

Though a paramedic, Kunicki had no idea a stroke could happen from cracking your neck, and wants to share her story to raise awareness.

“People need to know that even if you’re young something this simple can cause a stroke,” she said. “I wasn’t even trying to crack my neck. I just moved and it happened. I stretched my neck and I could just hear this ‘crack, crack, crack.’”

Don’t worry—this isn’t something that’s very common. In fact, there’s only about a one in a million chance of it happening, experts say. So you don’t need to completely freak out if you’re a neck cracker!

Thankfully, after performing daily exercises as part of her recovery, Kunicki has been able to regain a good amount of movement in her leg, arm and hand. Doctors say she should be able to go back to work as a paramedic on “light duty” after 6-12 months.

In the meantime, her brother set up a gofundme page to help raise money for her while she works on getting back on her feet.

To get a glimpse into just how Kunicki is working on her paralysis post stroke, check out the video below.

Did you know that cracking your neck could cause something like this to happen? What do you think of Kunicki’s story?