It might be scary if someone you know loves to get on the back of their harley to ride, or even hopping on the back of a motorcycle yourself. You might immediately think “What if I fall of?”or “I feel like this is unsafe!” And while you definitely want to be experienced before doing that, a new study says that riding a motorcycle is actually good for your health!

The study, which was funded by Harley-Davidson and performed by three researchers at UCLA, consisted of 50 motorcycling women and men of all different ages and experience levels.

“The differences in participants’ neurological and physiological responses between riding and other measured activities were quite pronounced,”said Dr. Don Vaughn, the neuroscientist who led the research team for the study. “This could be significant for mitigating everyday stresses.”

During the study, each participant wore a cap device that contained electrodes, which was used to measure their brain waves during three different activities: riding a motorcycle, riding a car, and then when they were at rest. On top of that, the participants’ hormone levels were also tracked before, during and after each of these events.

The study found that on a 20-minute motorcycle ride, participants experienced increased heart rates by 11%, with adrenaline levels increased by 27%. Add in a 28% decrease in cortisol and other stress-related hormones, and people were feeling real good on their bikes. For clarity, this is sort of a similar feeling as the endorphins that hit you when you exercise. 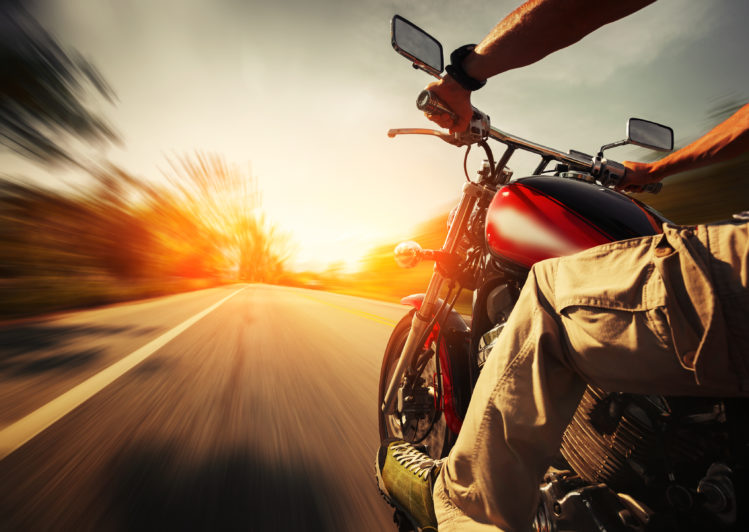 And there’s more. During the study, the motorcycle ride made people more alert (similarly to drinking a cup of coffee) and even boosted their sensory focus—at least much more than driving a car did. They seemed to be much more aware of their surroundings on the motorcycle than what was going on behind the wheel of a car.

Interestingly, when on the motorcycle, several participants said that it felt like their worries seemed to disappear. It’s almost like riding was able to clear their mind to the point where they could only focus on riding—versus driving a car is more mundane, and doesn’t necessarily shut off your brain the way riding a motorcycle did for some.

“Stress levels, especially among young adults, continue to rise, and people are exploring pathways to better their mental and physical health. Until recently, the technology to rigorously measure the impact of activities like motorcycling on the brain didn’t exist,” said Dr.  Vaughn. “The brain is an amazingly complex organ and it’s fascinating to rigorously investigate the physical and mental effects riders report.”

“While scientists have long-studied the relationship of brain and hormone responses to attention and stress, doing so in real-life conditions such as these is rare,” explained UCLA Professor and senior team member, Dr. Mark Cohen. “No lab experiment can duplicate the feelings that a motorcyclist would have on the open road.”

So next time someone you care about sets out for their bike ride and you’re worried they could get hurt, hopefully you find comfort knowing they’ll probably come back much less stressed!

Do you ride? Did you have any idea riding a motorcycle could be so good for your health?