We know “casserole” can be a divisive term (especially if you were treated to Mom’s gloppy clean-out-the-fridge creations growing up). But we promise, there are neither tuna nor noodles involved in this recipe! And if you’re not a casserole person, we think this is going to be the one to change your mind.

In theory, anything that your family loves to pile on baked potatoes could go into this casserole. Chopped broccoli florets, crumbled bleu cheese, taco meat instead of bacon, fresh-snipped chives, even a dollop of sour cream on top–load it up! We went with the classics, though: shredded cheddar and Monterey Jack cheese, bits of bacon, green onions, and half and half to bring it all together and make the potatoes extra creamy.

Bacon? Check. Potatoes? Check. Are you thinking what we’re thinking? Don’t let anybody tell you this casserole “isn’t breakfast food“–because if you bring this to a brunch, we’ll bet your friends will be passing around the recipe faster than a hot potato. 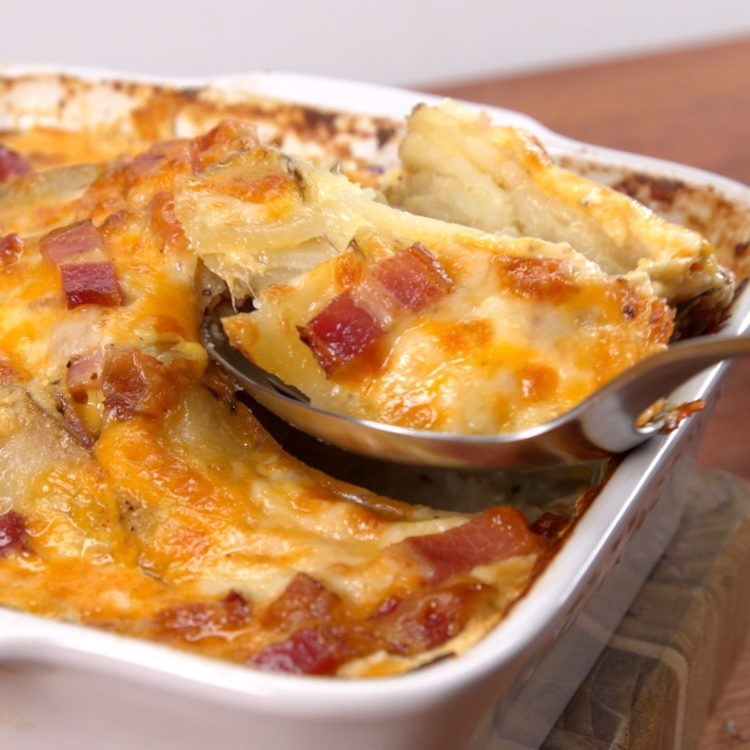 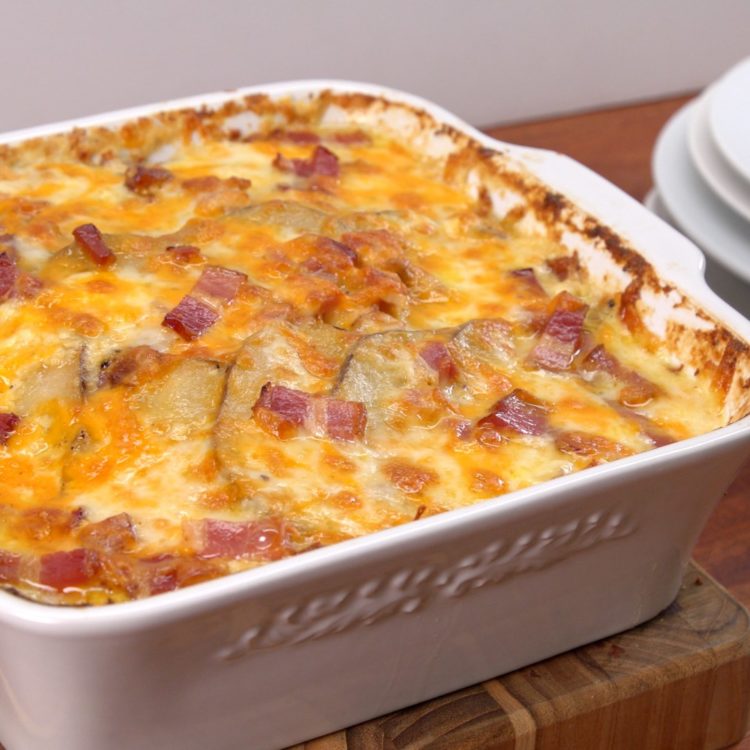 What casseroles did you eat as a kid? And what casseroles do you feed your kids now? Let us know if this grown-up loaded potato casserole opened the doors to a whole new casserole chapter of your life!