Jillian Michaels Faces Backlash For Her Comments About Lizzo’s Body

Question: When is it okay to body shame someone? Answer: Never.

When the host of the show referenced Lizzo and talked about how self-acceptance is a wonderful thing, Michaels took things a little too far.

She barely gave the host a chance to respond. Instead, she continued to go on with ruthless comments about Lizzo’s weight. “I’m just being honest,” Michaels said. “Like, I love her music…but there’s never a moment where I’m like, ‘And I’m so glad that’s she’s overweight!’ Why is it my job to care about her weight?”

Well that didn’t bode over well for her. No one who watched the segment found anything charming about her comments. In fact, the entire Twitterverse blew up with how terrible it was for Michaels to shame Lizzo like that. 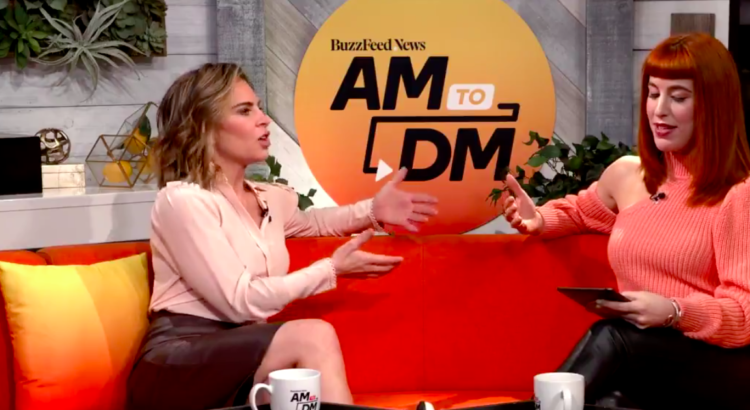 “More people die from complications of anorexia than any other mental illness, but sure, let’s ask for Lizzo’s bloodwork,” one person retorted in response to the show.

“When I first saw Lizzo talking about how beautiful she is I felt confused ‘cause I didn’t know I was even allowed to think of myself as even ‘okay’ without a Victoria Secret model body,” another person responded, adding, “Jillian’s DVDs have helped me work out but she needs to shut up on body image.”

“JM has a lot to lose if people begin demanding we treat all bodies with respect. how come you’re the only one that gets to talk about bodies, J? Your outdated, stigmatizing fearmongering is tired,” another person said.

This was pretty much the common trend throughout. Michaels did acknowledge the slew of responses, but still stands by what she said.

“As I’ve stated repeatedly, we are all beautiful, worthy, and equally deserving,” Michaels stated in her own tweet. “I also feel strongly that we love ourselves enough to acknowledge there are serious health consequences that come with obesity—heart disease, diabetes, cancer to name only a few. I would never wish these for ANYONE and I would hope we prioritize our health because we LOVE ourselves and our bodies.”

This isn’t the first time Michaels has faced backlash. The former Biggest Loser coach is known for her tough and crude attitude. In fact, the whole premise of the show was to insult the people trying to lose weight to get them to do so, which was never receive well by other fitness experts.

To hear the segment and Jillian Michaels’ harsh words yourself, check out the video below.

What do you think of Michaels’ comments about Lizzo’s body? Which side are you on?