To some people, the thought of having twins is terrifying. But to others, having twins is a lifelong dream. I mean, let’s face it, twins might be double the work, but they’re also double the cuteness, too! If you’ve always wanted a big family, twins might be the fastest way to get there. Plus, few bonds are as special as that of twins, and some parents truly want to see their son or daughter grow up with a lifelong best friend.

Unfortunately, you can’t just “request” twins – it’s something that happens naturally, leaving a mother-to-be with nothing they can do about that matter. Well, while you may not be able to make yourself have multiples, some natural characteristics that have been scientifically proven to lead to the birth of twins. Check out these 11 traits – if any of them apply to you, you are more likely to see twins in your future!

A study published by the American College of Obstetrics and Gynecology has linked the birth of twins to women of above average height. For the record, the average height of an American woman is 5′ 4″, with the worldwide average being around the same. Although it is not a sure-fire fact that women taller than 5′ 4″ will have twins, the research in this study found their chances increase exponentially. 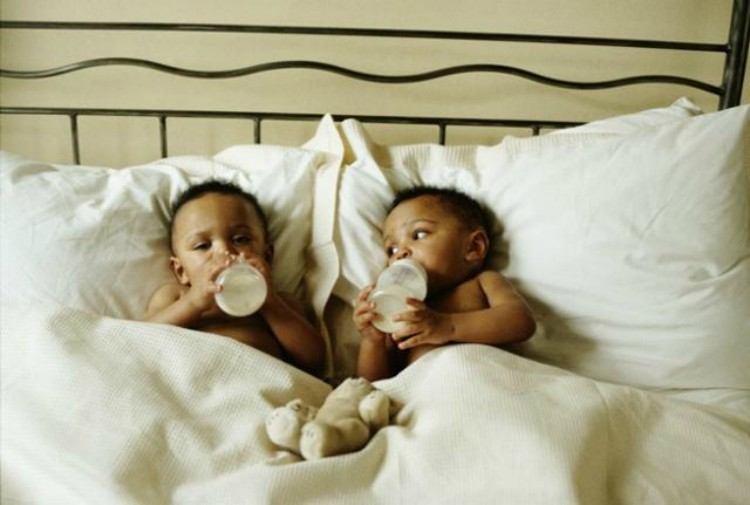 Kwizoo
Although being African-American does not guarantee you will have twins, studies have shown that African-American women are more likely to have twins than women of other races! The same study determined that genes do have a large impact on whether or not a woman will give birth to fraternal (dizygotic) twins, meaning that race would play a large part.

The study found that West Africans are ten times more likely to have fraternal twins than Chinese or Japanese mothers, with Caucasian women somewhere in the middle of the two. If an African-American woman’s family hailed from West African genes, then, this makes her more likely to give birth to twins as well.

Birth control pills are usually thought to be 99.9 percent effective at preventing pregnancy. However, that .01 percent might not just result in a pregnancy, it has a high chance of resulting in a double pregnancy. It’s thought that the hormonal mix of birth control can lead to hyper-ovulation, and should you happen to take your pill inconsistently or fall within the .01 percent for another reason, your chances of multiples greatly increases. 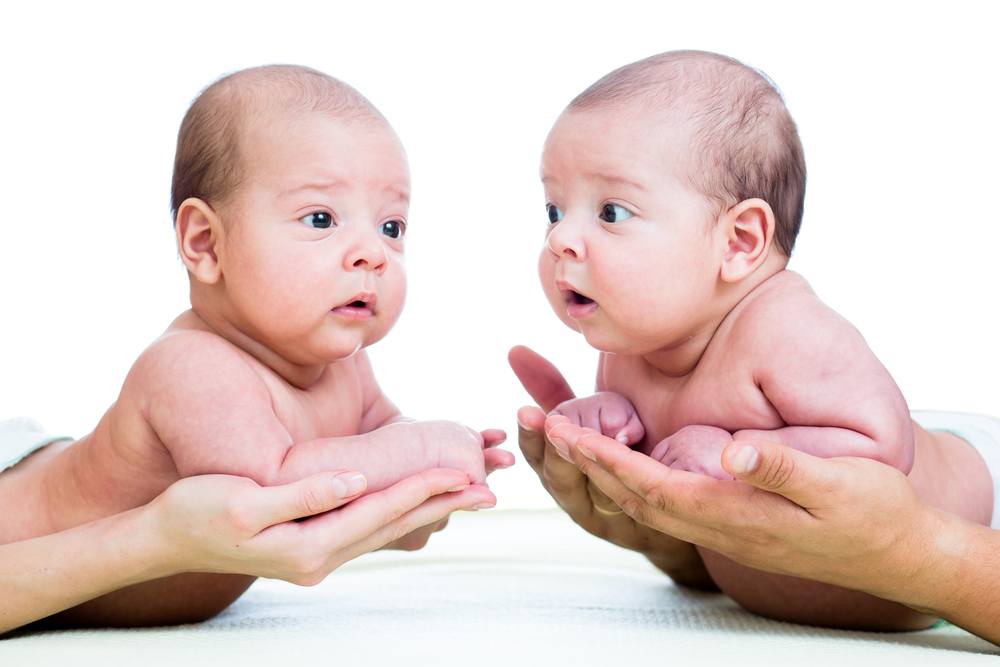 Deposit Photos
The same study that correlates above-average height to the birth of twins also noted the rise in multiple birth rates in heavier women. The research found that mothers with a BMI (Body Mass Index) of 30 or higher were significantly more likely to have fraternal twins. Again, while this is not a guarantee, the study makes an interesting correlation to the increased rate of obesity to the increase in twins worldwide.

In the case of fraternal (dizygotic) twins, or twins that are not identical, heredity plays a large part. Studies have shown that if twins run in your family, you are more likely to have twins, as the genetic trait is in your family gene pool. This could mean your blood mother, father, aunt, or uncle were twins or had twins themselves.

Your chances are especially high if you yourself are a twin! 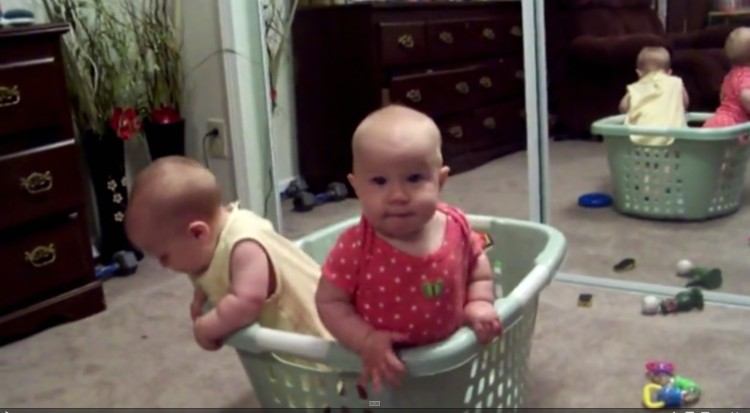 AFV
Women who have children later in life are statistically more likely to have twins. This is because older women’s ovaries released more eggs than the ovaries of a younger woman, generally increasing their chances of pregnancy and multi-pregnancy.

After insemination (whether natural or otherwise), an older woman’s chance of having multiple eggs fertilized are much higher. Almost 20 percent of mothers who give birth over the age of 45 have multiples, although there are risks associated with having children at this age.

7. Not Your First Child

If you’re not a first time mother, your chances of having twins goes up significantly. This is thought to be because, presumably, you are a bit older than you were when you had your first (or second, or third) child. As mentioned above, ovaries release more eggs as women age, causing an increased likeliness in the birth of twins. 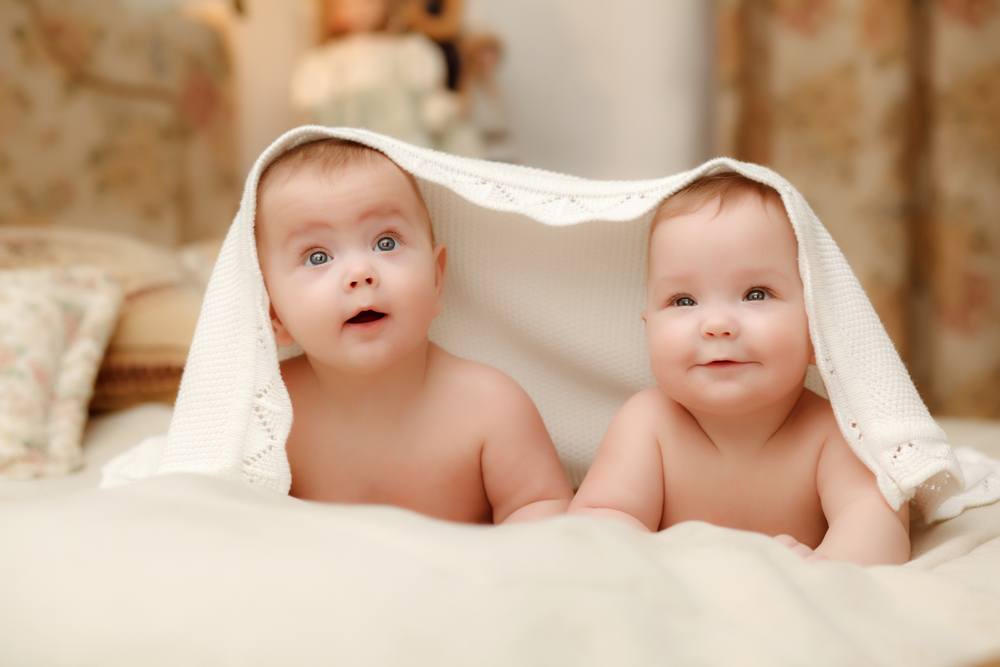 Deposit Photos
It’s a common thought that you can’t get pregnant while breastfeeding, because the process of lactating keeps a woman from ovulating. However, plenty of mothers of twins would disagree with that idea.

9. Have a Large Family

There is no magic number here, but the numbers don’t lie; women who have had a higher number of children – with the average being 2.5 – are more likely to conceive twins. Again, there are no hard facts that prove this characteristic is linked to twins, but large families everywhere are a credit to this theory. 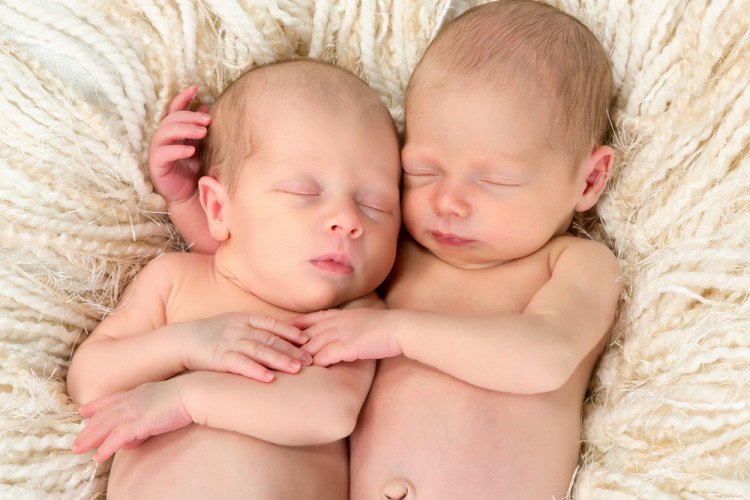 Deposit Photos
Depending on your thoughts on homogenized dairy products, this may or may not be a good thing. This study suggests that women who consume dairy are more likely to have twins due to high levels of a synthetic hormone in milk products. Since the studies’ release, other research has surfaced to argue this theory, but you can take a look at the study for yourself and determine what you think!

11. You Already Have Twins

Many of the traits above can lead to this specific point! You may be taller, have a large family, or be a twin yourself – those characteristics may have resulted in a set of twins for you. Well, guess what? Once you have your first pair of twins, your odds for having MORE twins simply goes up!

We hope you were rooting for a big family, because it’s in the cards for you.

Do any of these characteristics apply to you? If so, did you end up having twins? Share your experiences in the comments section below.