Wife Sees Blue Balloons For Boy, Then Husband Unzips Hoodie To Unveil Note About The Pregnancy

Gender reveal parties are all the rage these days. You probably know the drill by now—the parents-to-be finds out the sex of their baby, they figure out a fun way to present it to all their friends and family, and then they throw party for all to come and enjoy the reveal of whether it’s a boy or girl.

Most of the time, the expectant parents like to be surprised too, and have their doctor write down the sex on a piece of paper. The couple then hands that over to a trusted family member or friend who’s then responsible for buying a pink or blue balloon—or whatever prop is needed to do the big reveal. 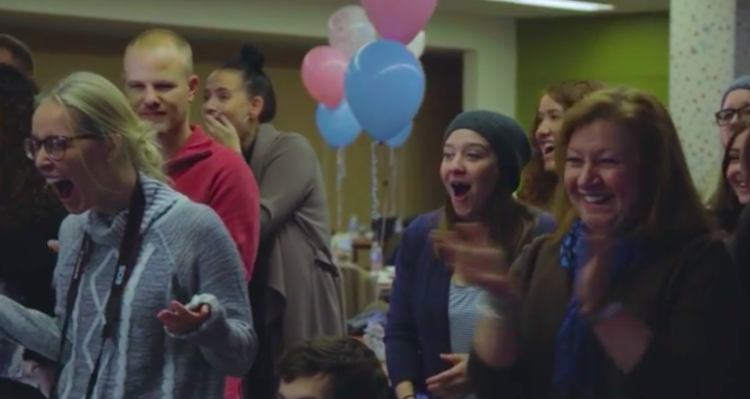 With gender reveals being so popular these days, it can be hard to come up with a unique way to tell the world whether your unborn baby is a boy or girl. One of the most common ways to reveal the gender is to cut a cake to reveal either a pink or blue-dyed cake. Sometimes couples pop balloons to reveal pink or blue confetti.

Then there are those times that the couple likes to play a little joke on their loved ones during their gender reveal—and make them think they’re having a boy when they’re really having a girl, or vice versa. This is especially exciting if the couple already has one or the other!

In short, we’ve seen gender reveal parties go down a ton of different ways. Even the tricks are starting to get old. But not for one couple. In fact, we’ve never seen something like what you’re about to see before! This is the trick of all tricks—this couple totally got their family good. 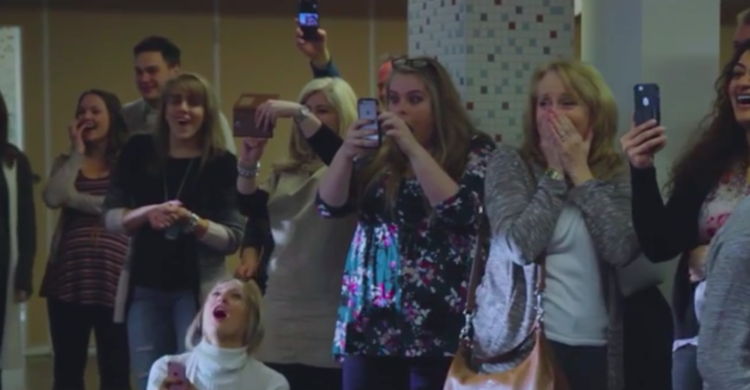 At their gender reveal party, this couple decided to go with the classic “open the box to reveal the blue or pink balloon” idea. Well, when they opened that box and the blue balloons came out, everyone was thrilled that they were having a boy!

Right after the excitement, the dad-to-be starts to thank everyone for coming to the party—and then does something no one was expecting.

The surprise he has in store for the audience is truly one of a kind. Needless to say, everyone in attendance is left completely speechless!

To see what happens next, check out the video below.

What do you think of this couple’s clever gender reveal idea? What would you do if you attended a gender reveal party like this? What’s your favorite way to reveal the gender of a baby at one of these parties?